To Google, the open AMP project is one of the most important endeavors of the recent past. This is about nothing less than the supremacy on the user's mobile devices. It goes without saying that Google refuses to let Facebook have this supremacy without a fight. It's also clear that they can't afford to do so from an economic point of view. Thus, it is no surprise that AMP, which also has quite a few loud-voiced critics, is tenaciously developed from milestone to milestone. The newest cornerstone was placed a few days ago. Google's AMP Stories are no less than a completely new method of storytelling on mobile devices. Actually, it is not really a completely new method of storytelling, but one that we haven't seen on mobile devices yet, as the publishers were avoiding the effort of creating it. [caption id="attachment_104384" align="aligncenter" width="1024"] 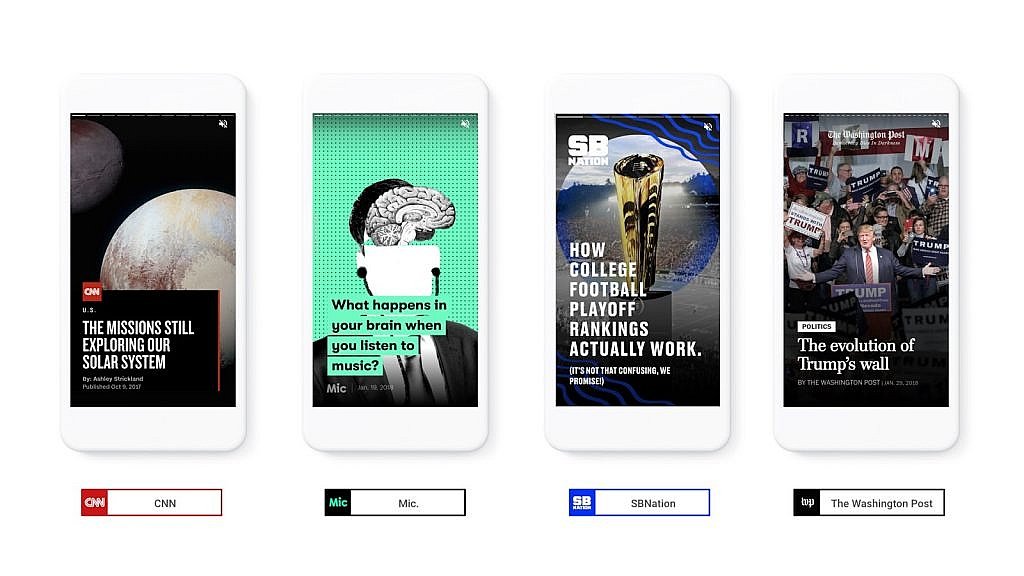 The new element is supposed to make storytelling on mobile devices more interesting. (Screenshot: Google)[/caption] Google simplifies this process with the introduction of the new component amp-story so much, that the creation of visually appealing news formats could soon become part of the editing routine in media houses around the world. Thus, it is no surprise that these media houses are among the pioneers of the AMP Stories. As of recently, every page operator can take their first steps with AMP Stories. Look at this tutorial to see how easy it is to tell beautiful stories. However, you need to provide the good content yourself.
8
SHARES
ShareTweetLinkedin