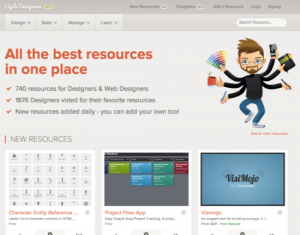 You are here: Home / Agile Designers: A Collection of Resources for Web Designers / agile-designers-homepage-w550