Adobe XD: What Can You Expect? 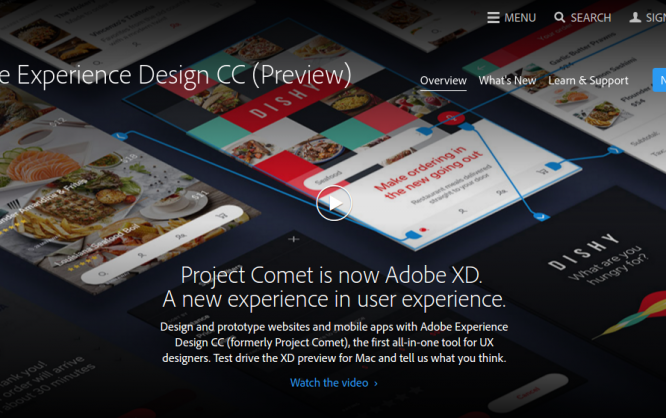 Last year, Adobe announced what might be its most ambitious venture till date: Project Comet, an end to end prototyping, user experience and design tool that claims to be capable enough to solve all your designing needs. Under steady development, Project Comet is finally ready, and it is now known as Adobe Experience Design, or Adobe XD. That said, what exactly is Adobe XD all about? Furthermore, irrespective of the buzz surrounding it, will Adobe XD be able to live up to the hype?

To begin with, let us first discuss what Adobe XD is all about. Here is how Adobe likes to describe it (note that this description was how Adobe first introduced it as Project Comet):

Project Comet is the latest offering from Adobe and it’s got its aims set high, promising an all-in-one tool to handle everything from wire-framing to visual design and rapid prototyping for all devices from within a single app. Take your UX designs from start to finish with the cross-platform app that lets you do it all — wireframing, visual design, interaction design, prototyping, previewing and sharing. And because it's built from the ground up, Comet delivers innovative tools and breakthrough performance to help you design in record time.

Or, you can watch this slightly dated but still relevant video about this: https://www.youtube.com/watch?v=IwV-TY8pSJ8 In a nutshell, Experience Design strives to be an all-in-one tool that lets you create wireframes, mockups, prototypes, as well as work with UX design and interaction design. Naturally, this is not a minnow tool, but more of a mammoth multipurpose offering. With XD, Adobe is trying to target the UX design and wireframing segment to the fullest.

And what all does Experience Design bring to the table? Here is a brief run-down:

Furthermore, Adobe Experience Design also allows you to work with layers, share content and assets via Creative Cloud, and make changes in real-time on mobile devices. Plus, you can also extend it via JavaScript APIs, install plugins and custom workflows, and work on responsive design as well as CSS code and documents. Sounds too much already? Eventually, going beyond prototypes, Adobe XD intends to help you work with animations and transitions right from the native interface itself, in addition to tighter integration with Illustrator and Photoshop. Naturally, as we can see, Adobe is trying real hard and has truly big plans for its latest offering. It is not yet another tool that will be a part of Creative Cloud Suite -- instead, it is *the* tool that Adobe is counting on. Question is: will the newly-released Adobe Experience Design deliver or has Adobe taken one risk too many?

The design community, so far, has given mixed reactions to Adobe XD. Some are truly impressed, especially because there is a lot that it can do -- it can serve as both a design app that lets you work with wireframes, and a prototyping app that helps you build interactive prototypes and animations. 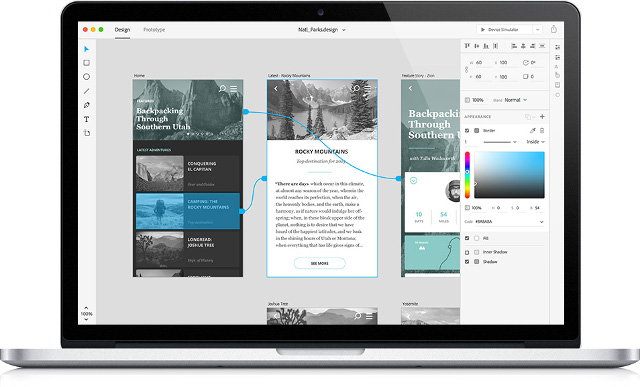 On the other hand, there are many who are not too impressed by Adobe XD so far -- at the very least, there are genuine fears of Adobe ruining its most ambitious project simply by offering “integration” with its other products. Chances are high that Adobe might make XD as just another tool that lets you import vector X from Illustrator and export PNG Y to Photoshop, and if that happens, there will not be much to be happy about. As of now, the design community uses a varied level of tools for the tasks that Adobe XD is trying to help you with -- we have Sketch, Proto.io, UXPin and InVision, to name just a few of them. Each of these tools has a distinct modus operandi, and a clearly-defined purpose in a designer’s arsenal. Experience Design, on the other hand, is looking to be a “master” app in its league, that plans to do everything that any of the above tools can do, and a bit more as well. This can probably work in XD's favor, as any new designer might be tempted to try out the bigger app and not bother with two smaller apps. But chances are higher that it might go against Adobe XD in general -- for prototypes, wireframes, UX and everything similar, folks prefer tools that are low on cholesterol, do not consume a lot of resources and try not to do everything and beyond. You’d want your wireframing app to create wireframes for you, nothing more. Adobe XD, on the other hand, is trying to do a lot many things, and this lack of laser-focus might not bear well with many designers. Adobe XD is still barely a month old, and whether or not it will turn out to be a huge success is yet to be seen. What are your thoughts about XD? Share your views in the comments below!
46
SHARES
ShareTweetLinkedin

Home » Adobe XD: What Can You Expect?