5 Most Necessary Steps to Make Your App Financially Stable 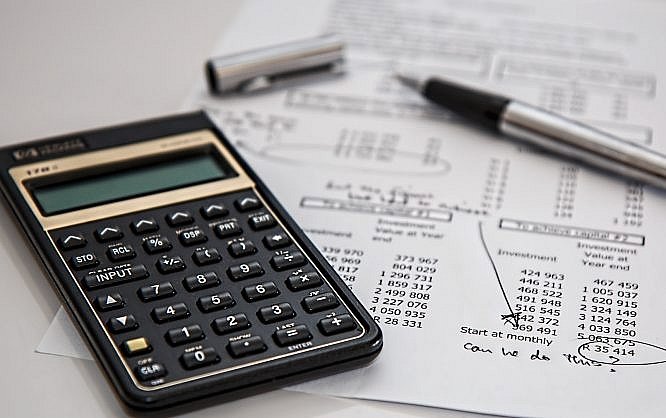 Among the millions of apps across app stores of different platforms only a few enjoy financial stability and actually are run like a serious business.

A recent report by Gartner makes this known truth even more explicit for our knowledge. Only 1 percent of all the mobile apps are actually successful as far as business revenue and stability is concerned. This alarming fact may be disheartening enough for you but nevertheless, it can surely make you understand some serious factors concerning the success of mobile apps as a business.

Those days are gone when mobile apps used to be taken as lightly as a special endeavor. Now with staggering development cost and gruesome marketing maneuvers you just cannot afford to consider apps without a specific business and financial goal. While most apps remain unsuccessful and a select few get overwhelming success one can take this as a serious opportunity as well. There must be some sure and already time tested formulas that make some apps join this sleek lane of success and stability.

Let us decipher and analyze some ways that have the potential to make your app successful.

These two are the foremost considerations for analyzing the factors related to the success of few apps and literally overwhelming failure of most apps. As a platform, iOS is still ahead in respect of greater presence of revenue earning apps followed by mobile browsers and Android respectively. Though among the first three, the gap is closing at rapid speed. Windows phone and Blackberry still offers a little scope for making apps survive on the revenue earned from these platforms alone. A cross platform development approach with focus on native and device specific user experience is still the winner compared to expensive native development or so called one-for-all cross platform development.

2. Distribution and marketing of apps

More than 99% apps lack a proper distribution and marketing strategy and as a result they just do not reach their target audience. If your audience just does not know your app how can they show interest in it, better still download it? You cannot get a million downloads overnight or within just a month. You need to work for it well in advance. Most apps do the mistake of undertaking marketing maneuvers at the time of launching the app and naturally after months of their launch they struggle to cut deeper in audience response. On the other hand, most successful apps run their marketing campaign with a goal to build up expectation from their target audience well before the launch date and so when the app is actually launched in app store it immediately gets considerable viewers and downloads. Press and media release gearing towards the app launch is a good marketing strategy. Creating content in social media, influential review blogs and guest posts is another strategy that garners huge success.

Obviously, some broader categories of apps make far better business than others. Though you cannot always change your deliverable focus as per this factor it is worth considering for measuring the chances of various app categories. Enterprise apps, business and productivity apps enjoy the highest revenue followed by other categories. In the second tier health, fitness, communication, and social networking apps enjoy greater earning than other app categories. These first 4 or 5 categories together consist of the most successful and financially thriving apps across the app stores. With other positive factors boosting the chances of your app category cannot be a major concern, but still, some categories enjoy better revenue earning potential than others.

This obviously depends on how better you have distributed your app and garnered response from audience. Once your app slowly reaches certain level of downloads and user base getting feedback from users and engagement with them will further add more value to the app and help you retain your user base over a long time. There are some important factors to observe on a regular basis. For instance, pay attention to the number of people using your app on a regular basis and the percentage of users who after using the app a few times just did not open it for a long time. Remember, in app universe most apps that are not visited or used frequently run the risk of getting deleted and losing users. Getting the user attention on a continuous basis is the key to your success in retaining users and growth.

There are other important aspects to observe in this regard as well. With the Flurry Analytics tool, you can easily see the parts of your app that are used most. This type of analysis would further let you see the typical user behavior and the way they expect the app to get better or user friendly. If there is any scope of introducing a new feature or app content is lurking behind the surface it can be observed and analyzed with tools like this. In an ever changing mobile environment, the user preference cannot be static and naturally every time you have to look out for new scopes of developing the app to address emerging user needs and choices. This continuous feedback and engagement is the key to retain your existing users and expand the user base at rapid speed. This has been a persistent success factor for almost all the major successful apps till date and you cannot afford to ignore it.

5. In-app tactics that pay in the long run

If you have several apps under one roof, promoting each other in a contextual manner becomes easier. Otherwise partnering with well known apps with related niche can also pay you great result. To conclude we must refer to some successful in-app tactics that can help you build revenue or downloads in quicktime. Incorporating app discovery links within the app content and usage pattern is a great way to promote another app and garner downloads. For instance within an education app, you can easily create a user link to another student friendly productivity or notebook app. Utilizing and analyzing the user data you can further customized promotion of app for respective users.

In spite of huge growth in the use of mobile apps for most apps the competition is continuing to get tougher every day. Naturally, without stringent and methodical focus on growth, retention and user preference an app does not stand a chance of getting enough revenue to sustain as a business. The above mentioned tactics decided upon the common success factors of major apps can help you take sure footed strides in app universe.

Roma Kapadiya is a Web Researcher and an SEO Consultant associated with well-known firm for Nimblechapps which is one of the best mobile app development company in India and the USA. She also likes to share the researched knowledge with the audience through engaging blogs. Her write-ups mainly features anything and everything related to the upcoming technology, startups, programming tools, and web!

Home » 5 Most Necessary Steps to Make Your App Financially Stable