FontYou: Your Fonts in the Cloud 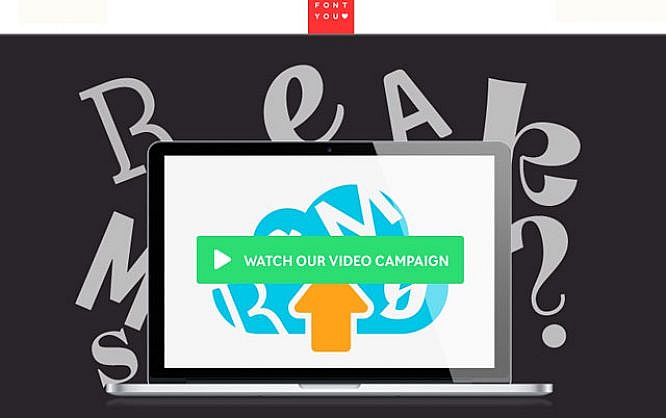 The way fonts have been advertised and used changed a lot over the past couple of years. Due to the establishment of web fonts, the commercial font providers now offer different subscription models alongside the standard purchase option. On top of that, there’s an increasing number of free, high-quality fonts, developed specifically for web use. Now, there’s the cloud service FontYou, which wants to cover the distribution of fonts, as well as the management and even development of fonts all at once. 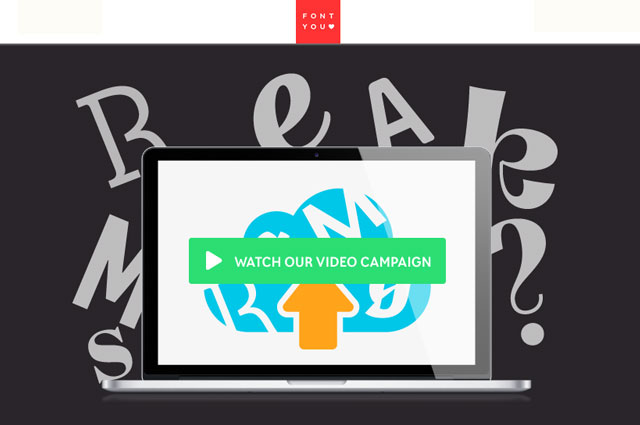 Font management is the central aspect of FontYou, and it works in a combination of desktop and web app. The desktop application, which is currently only available for Mac OS, is used to upload fonts that are then available in the cloud. Once done, all fonts uploaded to the so-called “library” are accessible from the web app. They can also be assigned to different lists there. This way, you could categorize them depending on classification, foundries, or projects, for example.

The nice thing about cloud-based font management is that all uploaded fonts are available wherever you need them. This is certainly interesting for people that don’t always work on a stationary computer, but also work on the go using a notebook or other device. FontYou also doesn’t restrict you to one font provider, unlike other services such as Typekit. 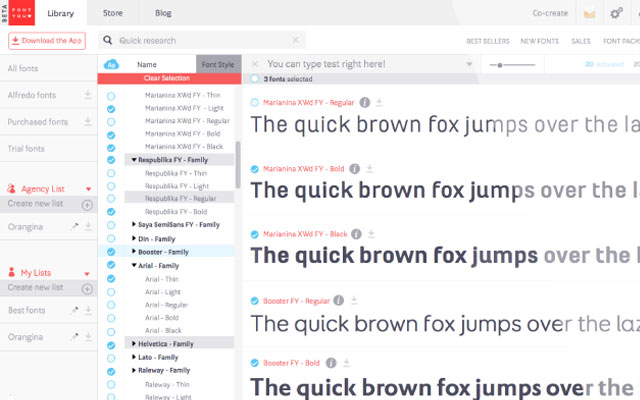 The Font Management of FontYou

As it should be, fonts can be activated via the web application. That means that they are available to the operating system, and can be used in applications like Photoshop, Illustrator, or InDesign.

Unfortunately, the desktop application for the upload of fonts is only available to Mac users at the moment. Uploading via web app is not possible, but wouldn’t make much sense anyway. That’s because the desktop app is also required for fonts that are activated via web app accessible in the system.

Apart from the, currently, free font management, there’s a store with 60+ fonts with different amounts of cuts. According to FontYou, there will be monthly updates. Thus, you can expect the number of fonts to grow on a regular basis. 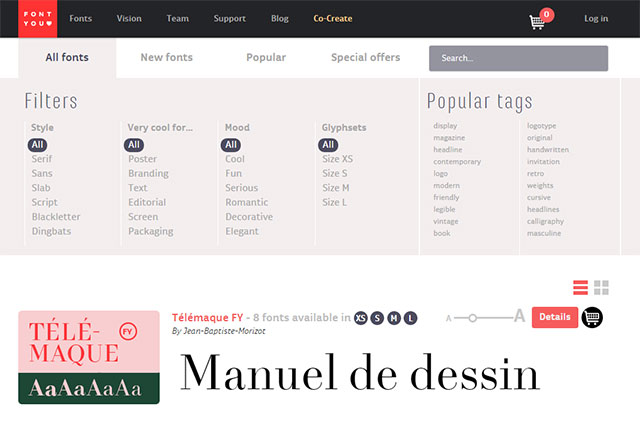 The fonts all originate from FontYou, which makes it the foundry. However, you can also get the fonts somewhere else. For instance, the FontYou fonts are also available via MyFonts and Linotype. FontYou offers fonts in different sizes and for different prices.

Thus, there are fonts in size XS with a restricted character set of 300 characters for 20 Euro. This contains Latin lower and upper case letters, as well as punctuation marks, but no language-specific support. Depending on the font, other sizes (S, M and L) with large character sets can be chosen as well. The S version supports 34 languages. The M version comes with additional number formats, like proportional numbers, and numbers for tables, while the L version comes with small caps, and over 740 characters. 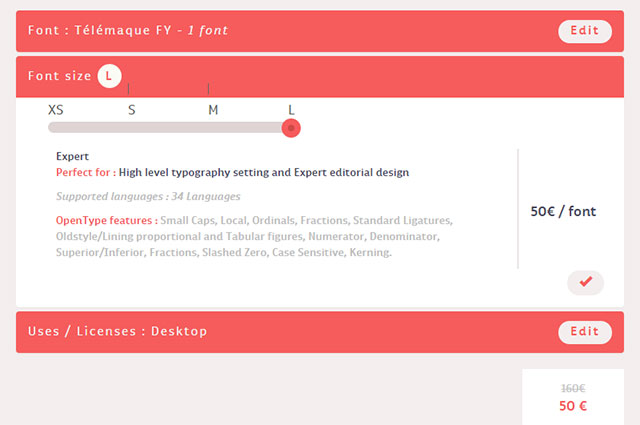 Flexible Purchase Options in the Store

The price for the size L is 50 Euro. Depending on where the font will be used, you won’t always need all the characters. If you only need the font to design a logo, the S version should be sufficient. For traditional office applications, the M version will be okay while size L is only required by experts that want to use OpenType features, for example.

The named prices are for the use of either desktop or web fonts. The costs for a combination of both is 30 Euro for the M, and 75 Euro for the L version. When purchasing the complete family of one font, there will be a discount. This is rather common amongst other providers as well, however, and nothing unique to FontYou.

All fonts purchased in the store will automatically be available from the FontYou font management, and can be activated there.

The font variety is rather broad. There are solid serifs, and sans serif fonts, as well as hand-written fonts, and a few unique display fonts. There’s a font for every purpose.

Aside from the font management and the store, FontYou also allows you to help develop fonts. You don’t have to be a professional font developer to do so. You can simply hand in a font idea by uploading it as a draft. Alternatively, you can also use the web application developed by FontYou to visualize your thoughts directly within the browser. If your idea is turned into a font, FontYou will give you a share of the revenue. 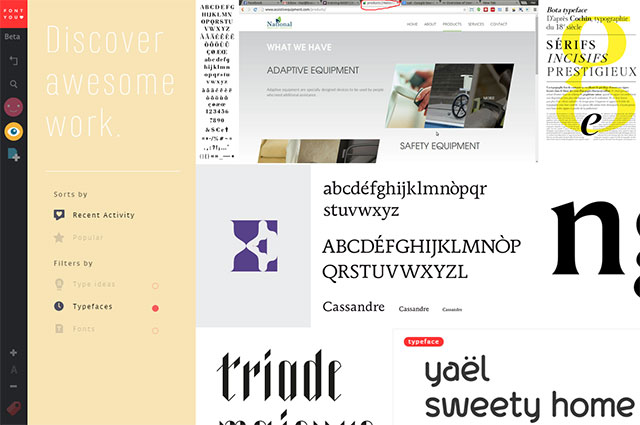 Discovering Font Drafts and Handing in Your Own

You can also look through other uploaded drafts to get some inspiration for your own font ideas. The more detailed your draft, the higher your share of the revenue if your font actually gets published. An overview tells you how much you’ll make of it.

Professional font designers can create fonts at FontYou, or help to realize the sent-in drafts. Depending on your support, you’ll also receive a share of the revenue for this. The task of the type designers, as FontYou calls them, is to check the creation of characters, as well as the metric, and the kerning of a font. FontYou then takes care of the font’s “mastering”.

FontYou is a rather new project. It plans to expand the font management by adding an automatic activation. Many font management applications already provide this functionality. It makes sure that fonts don’t have to be activated manually anymore.

A trial service is also in the works. It will allow you to test fonts for free before buying them. They also plan to implement an overview of the entire character set of each font.

On top of that, Fontyou runs a blog which does not only report on recent news on the service, but also on interesting things regarding typography, fonts, and their design.

Fontyou leaves a good impression, and could definitely become a useful service for graphic and web designers. Only time will tell how the service will develop. A few features known from other font management and shop services are still missing. However, this might change shortly.

Denis works as a freelance web designer since 2005.
You are here: Home / Essentials / FontYou: Your Fonts in the Cloud