If you want to do quick everyday photo manipulations on a bunch of images, you will usually not go for Photoshop. Adobe Lightroom is what people inside the Photoshop universe will recommend you. A while ago, we already introduced you to a free competitor of Adobe's commercial solution, Darktable (which is great). Today we have an even greater solution for you. The formerly commercial, now Open Source tool LightZone will really excite you. The most enthralling thing is, it works totally different from anything you know... 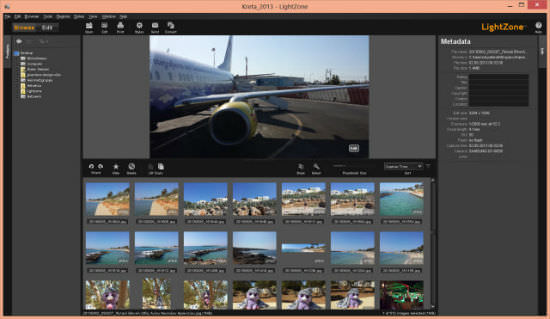 If you know your ways around photo editors, you'll know the basics on how photo manipulation works. Usually there are layers, there are color maps, there are masks and what not. Manipulation directly affects the pixels. Duplicating a layer to preserve the original is the common way to go.

The most common tool, Adobe's Lightroom, didn't inherit the concept of adjustment layers from Photoshop. This concept would make it possible to stack layers upon each other with each layer carrying a different effect, be it saturation changes, brightness, contrast, whatever. In Lightroom you are limited to the more basic features.

LightZone is radically different. There are no curves to adjust, there is no contrast dial either. Instead LightZone heavily relies on the concept of "zones". Each image is separated into 16 different zones, representing areas of the image where brightness reigns. Each zone differs 50% in brightness from the zone before and after it. This makes manipulations fairly easy to handle and smooth at the same time.

Below the so-called Zone Finder there is a so-called Zone Mapper. You simply move zones up or down in the list-like hierarchy. Moving zones up brightens the image, moving them down darkens the image. You can stack Zone Mappers, which allows for multiple, even finer manipulation results. This way you could change brightness and contrast separately. 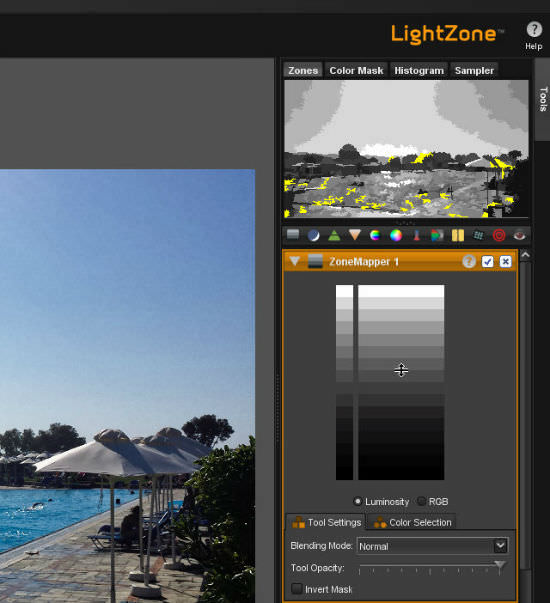 Speaking of stacking, LightZone generally stacks effects, tools, any manipulation step upon the one before. It works completely non-destructive. Each step can be made undo by simply closing the stacked item. Each step can be re-ordered in the stack list to make for a different effect. This is pretty unique, yet needs a while of experimenting to get an idea of what LightZone is able to do for you.

Another great feature is LightZone's Relighting. This feature lets you change the lighting of an image as though the image were taken in a different lighting setting. Relighting can be invoked on the whole or only on parts of the photo.

Generally, if you want effects to only affect part of an image, you will definitely like the concept of vector-based regions and masks. This feature allows you draw vector shapes along the objects you want to be processed separately. Once you've drawn a vector shape, any effect you invoke will only affect the are inside the shape. To avoid hard lines, the feature automatically works with a feathering area around the shape to have the areas in- and outside the shape blend into each other smoothly. 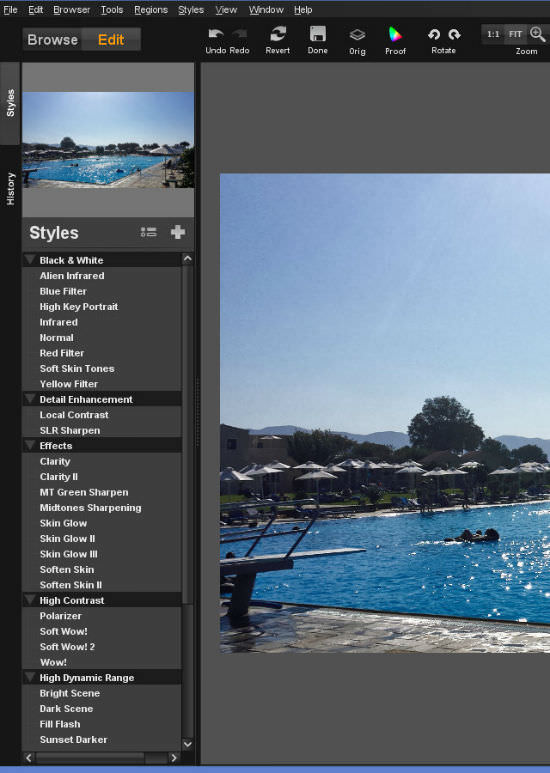 My favorite feature is LightZone's big selection of ready-made styles. Styles allow you to run effects with a single click. You could HDR any image by choosing one of the pre-made styles easily. Friends of Instagram and other filter effects will also feel at home here. With one important difference: Unlike Instagram, LightZone does not destroy your originals. 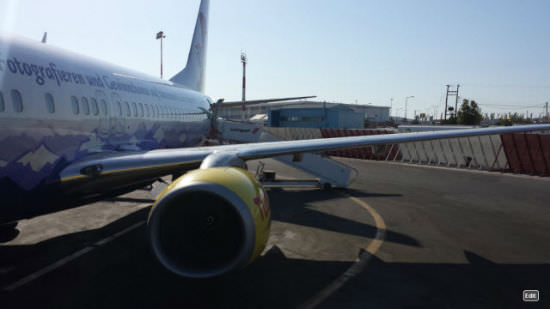 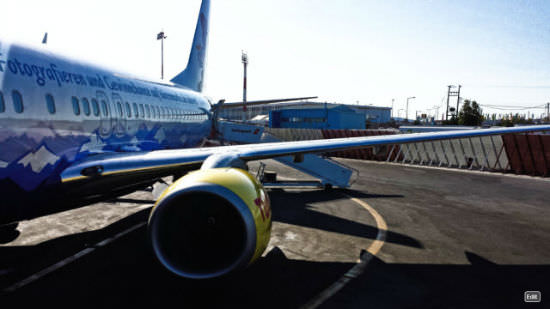 Speaking of originals, LightZone is able to directly read RAW files from the most common sources without the need for a separate "intermediate" converter. JPEG and TIFF can also be opened directly. LightZone's working format is JPEG with alterations. The LightZone JPEG always contains the whole tool stack you invoked on the given image. Once finished you should export a TIFF or standard JPEG in full resolution, which is perfectly easy.

Just like Lightroom and Darktable, LightZone consists of two main areas. The Browse section lets you scroll through your images quickly, see meta data. The Edit section offers the flexible manipulation tools I'm talking about. If you want to apply a tool stack to a batch of images, you can easily do so from the Browse section. Simply select any image with the desired tool stack, click the icon "Stack", select any number of other images and click "Tool". Now the exact same manipulation stack will be applied to each image in your selection. 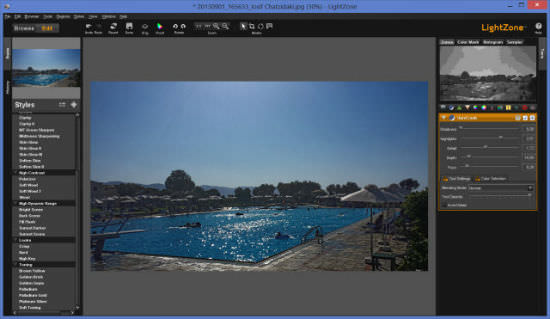 Additionally, while in Edit mode, you will find simple retouching functions in LightZone, such as a tool to clone certain parts of an image or a red eyes removal tool. All in all, LightZone is much more flexible than Lightroom, even more powerful than Photoshop in some areas. Yet, Adobe's solution is much easier to learn, with loads more automatic effects, styles and what not.

LightZone comes with a learning curve and will take some time to get acquainted to. But once you get the concept, you will not want to change back to any other solution. At least that's what happened to me...

LightZone: From Commercial to Free

LightZone has been a commercial product up to 2011. In that year, its programmer and founder Fabio Riccardi closed the doors of his company Light Craft forever and went away to pursue his career at Apple. A few months ago, Riccardi decided to Open Source the code which was immediately picked up an enthusiastic group of developer, which now call themselves The LightZone Project.

Today, LightZone is available for Windows, Mac OS X and Linux, with all three versions being free under a BSD license. Version number has been risen to 4.0. In my tests, which I ran solely under Windows 8, no errors and quirks whatsoever occurred. The software ran absolutely stable.

You might wonder, why you need to open an account over at the project homepage to be able to download the software. I assume this is due to spammers. All registrations need approval by an admin which forces you to show a little patience before you are allowed to download the software. In my case this approval took less than an hour and came with no strings attached. The tool is under heavy development, beta testing for version 4.1 just started this first of October.

So, if you are looking for a powerful, free and intuitive solution to process the next batch of your vacation photos or any series you have, go for LightZone. You won't regret it. How could you? It's completely free...