This post is our first of the series “Talented Designers and Artists” where we feature creative and beautiful artworks produced by designers and artists worldwide. Today we feature Erika Iris Simmons (@iri5 on Twitter), is a kind of artist that you won’t usually meet on an occasional art exhibition.

Her works are noted for their unique and innovative style that focuses on recycling found materials, such as old cassettes, video tapes and used books. These unique materials make her work an excellent choice for a wide range of projects and purposes. Iris’s art has also been featured in newspapers and magazines all over the world.

We thank Designerscouch for finding the artist and her beautiful works.

Kung Fu Cassette
Did some work last year for Jung v. Matt am Neckar (German ad agency)… this was a promo for a radio station. I sculpted the cassette into designs by their art director and then sent the tape sculptures to the agency where they were photographed and made über nice-looking. 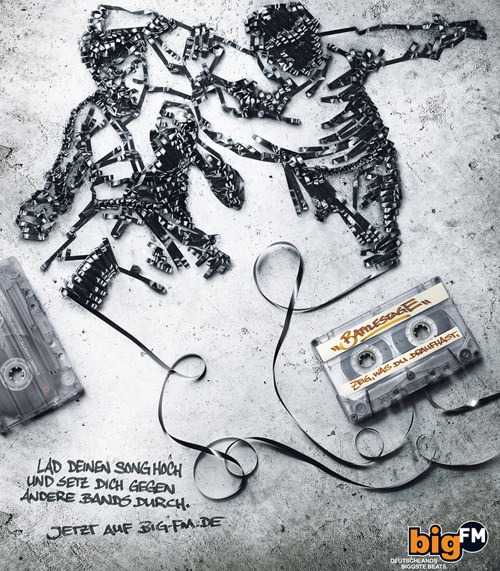 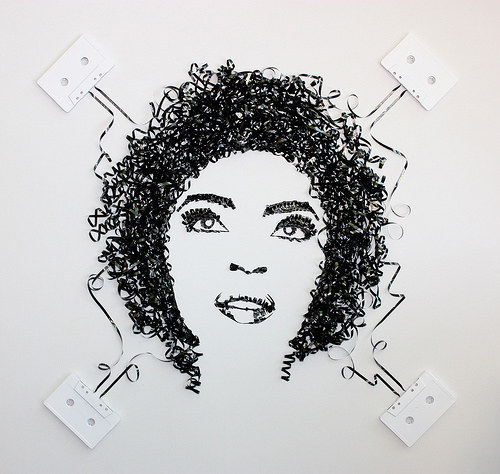 The Hendrix Experience
Cassette tape on canvas with soundwaves. For Anthony. 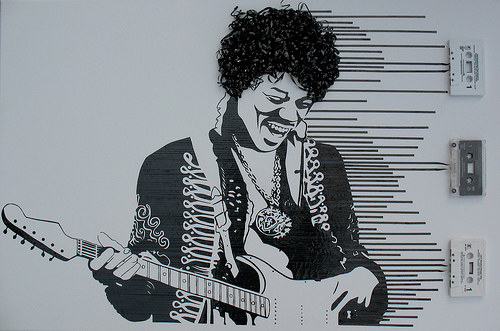 Jerry Garcia Live
Jerry Garcia revisited… I think its a bit better than my last attempt. Mix tape at the bottom. Cassette on canvas, 2010. 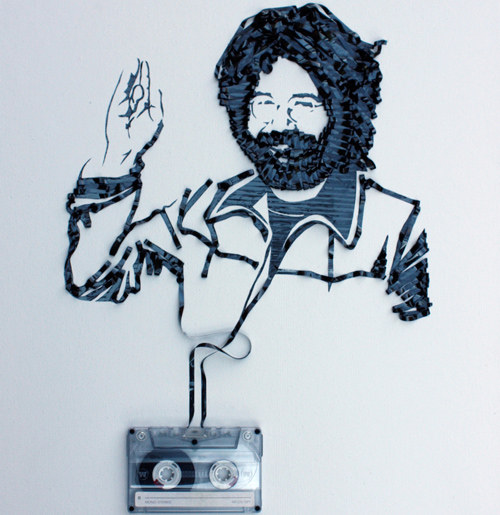 Bob Marley
Great start to the year! The cassette case is painted very lightly, so you can still read “Bob Marley and the Wailers : Birth of a Legend” on the case. Wanted to do something a little fun…Cassette tape on canvas, 2010. 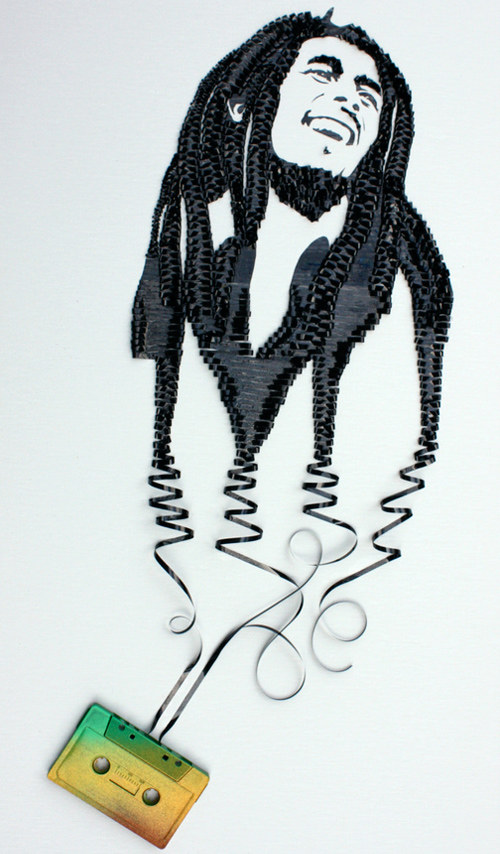 Audrey Reclining
A really big Audrey Hepburn made entirely out of donated, recycled 8mm film. This piece will be on display at the Peninsula Art School in Fish Creek, WI for a show called “The Medium is the Message” opening April 16th… I’ll be attending the reception on April 17th and I welcome anyone in the area to stop by. 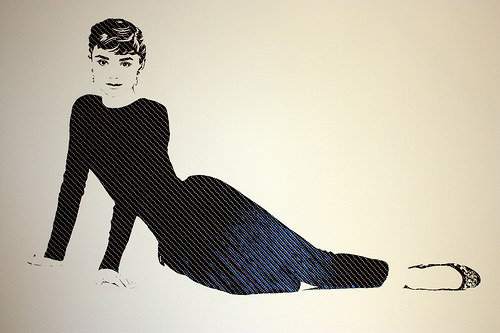 Bon Jovi
Bon Jovi tribute with original “Slippery When Wet” cassette, for Luiz. (I used just a little bit of red paint on this one to show the bandana, the rest is all cassette.) On canvas, 2009 : ) P.S. I recently got an SLR Rebel, and I can’t believe the difference in quality in the photographs when compared to what a was using – a Canon powershot! Much better! 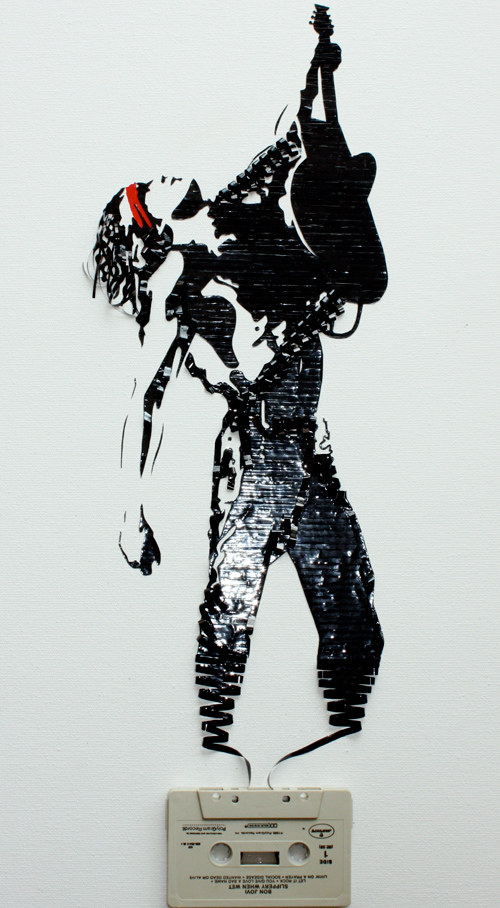 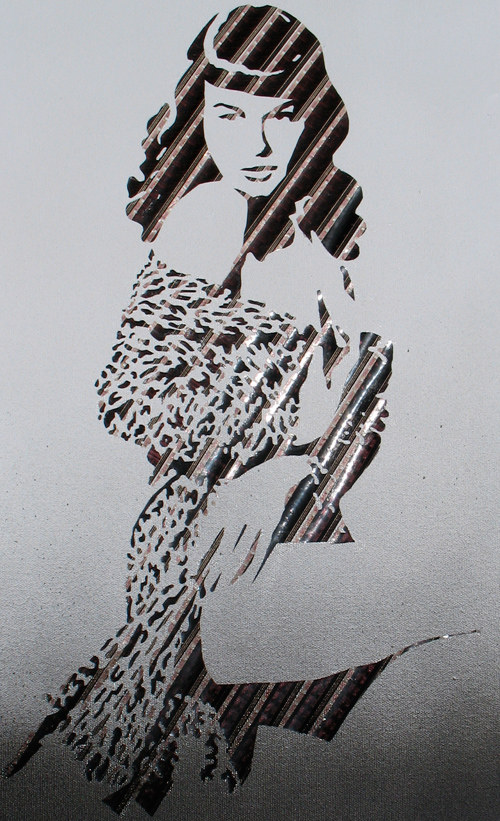 Van Morrison
Cassette tape portrait of Van Morrison, on canvas. Paper collage background is composed of articles and interviews related to his career. 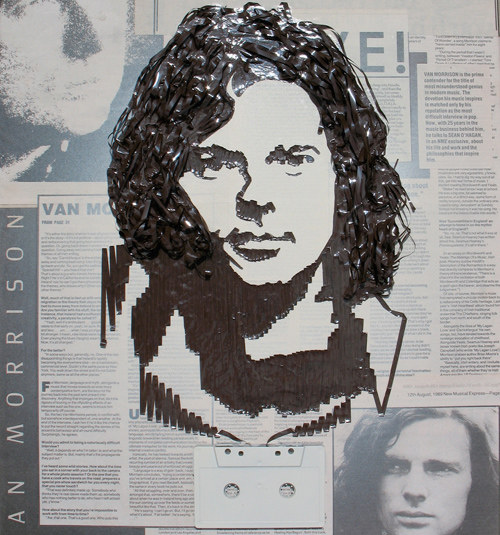 The Clash
London Calling. Cassette tape on canvas, for Sam. 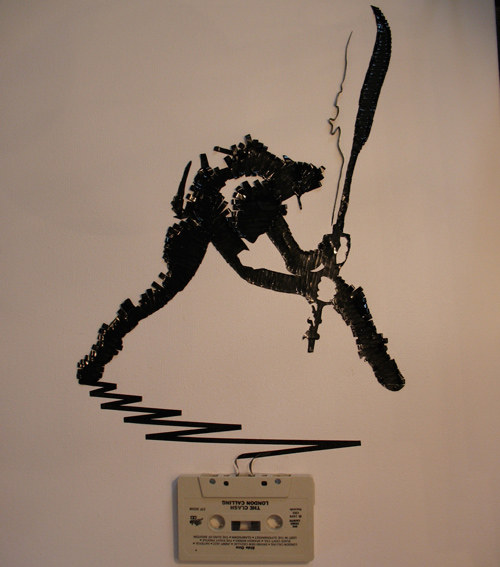 Tom Waits
Tom Waits out of cassette, on canvas. Love it or hate it… 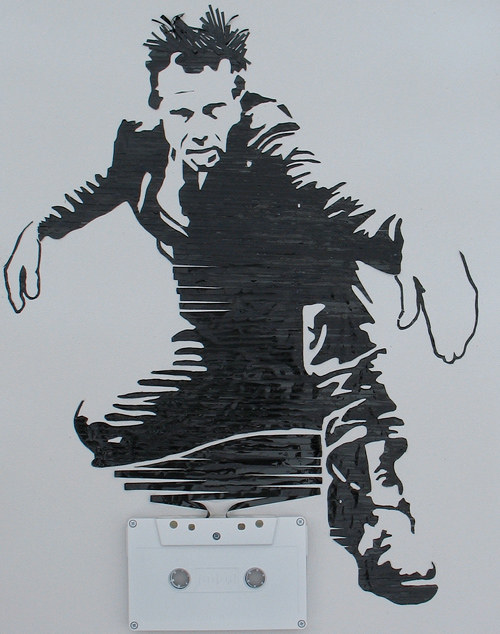 Paul Griffiths
Cassette tape on canvas. Made for cover of Tick Magazine, UK. 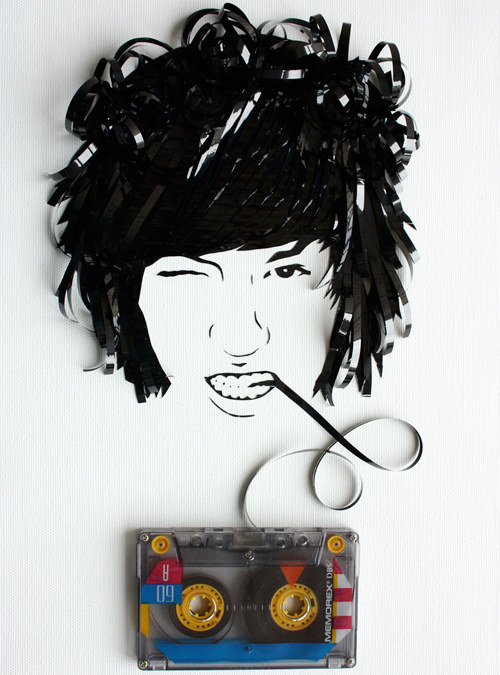 Jimi Hendrix
Jimi Hendrix out of cassette, commission (cassette is real, no paint, no photoshop) 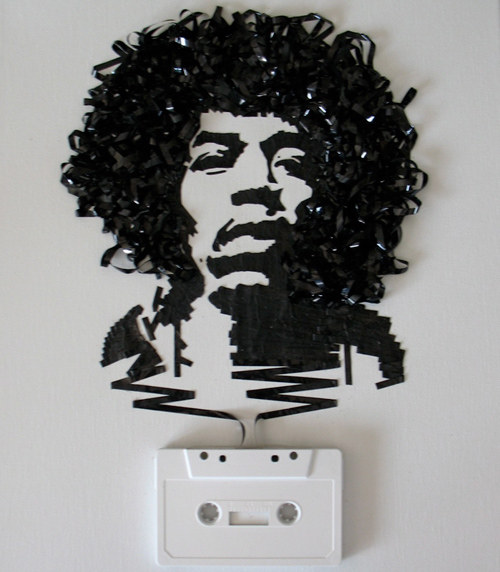 Janis Joplin
Free custom art gift for my girl Aisyah in Switzerland. She was the winner of a recent contest, and Janis Joplin was her selection for a piece. I really appreciate your support! Thanks! Cassette on canvas. 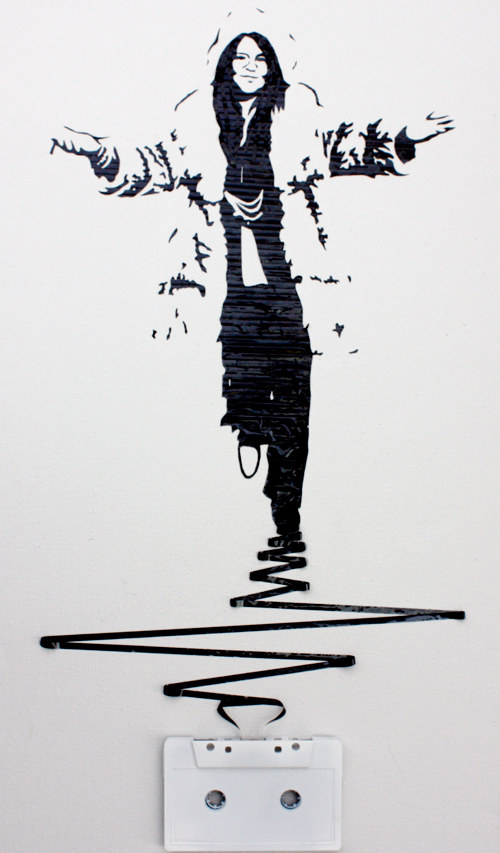 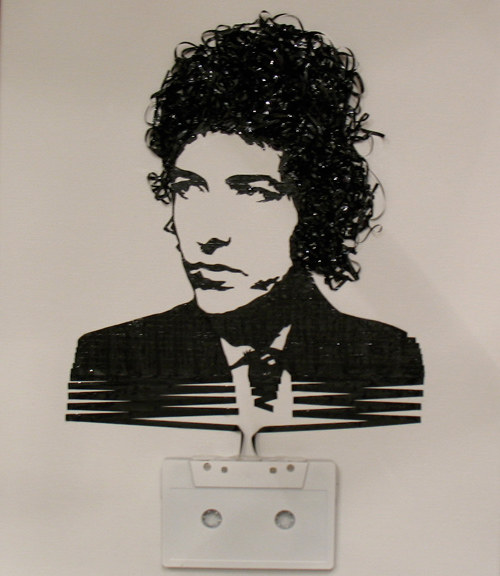 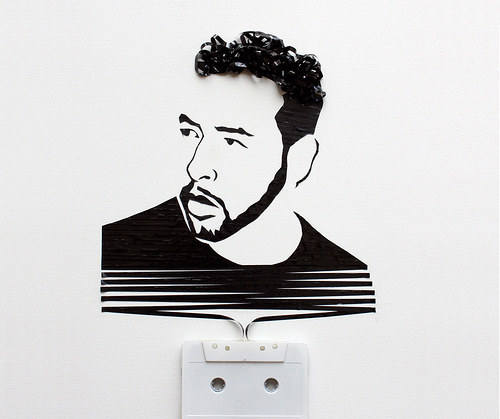 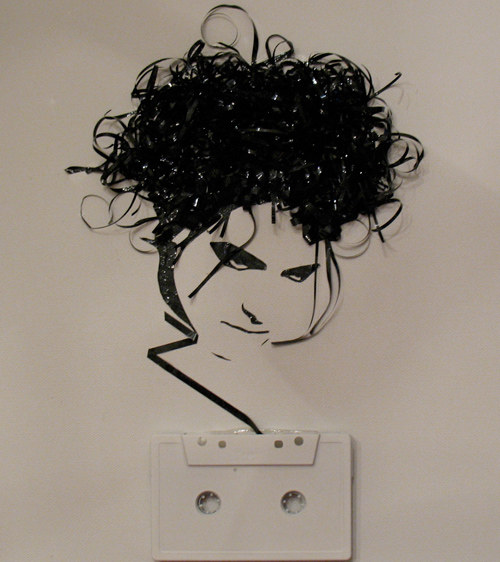 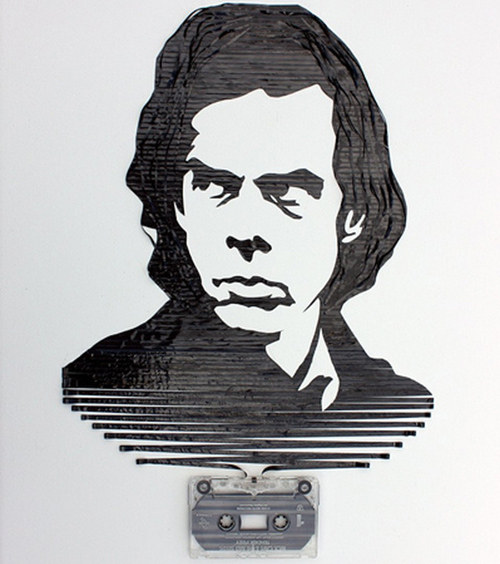 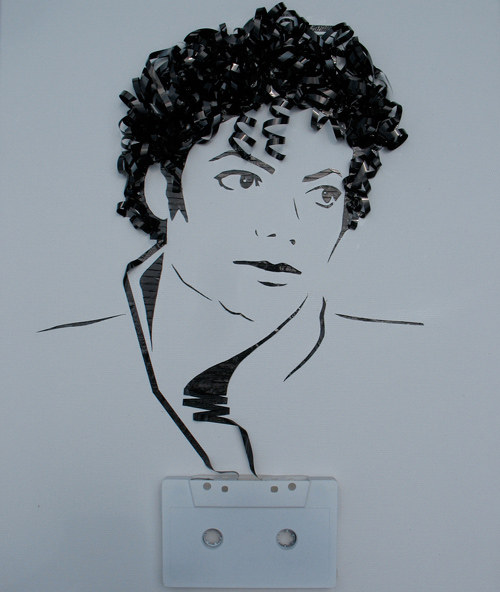 Lenny Kravitz
For my friend Federica in Roma… Cassette tape on canvas. 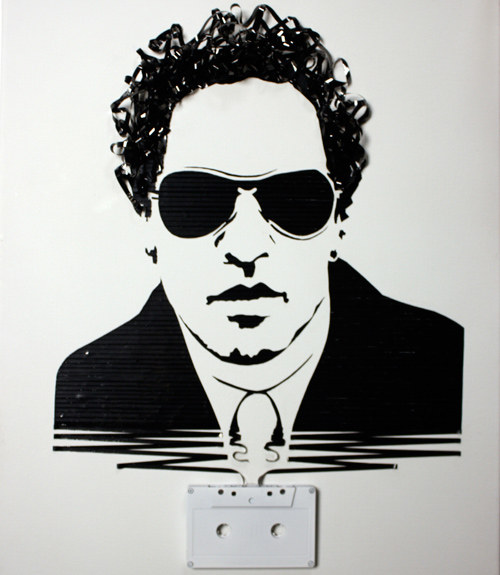 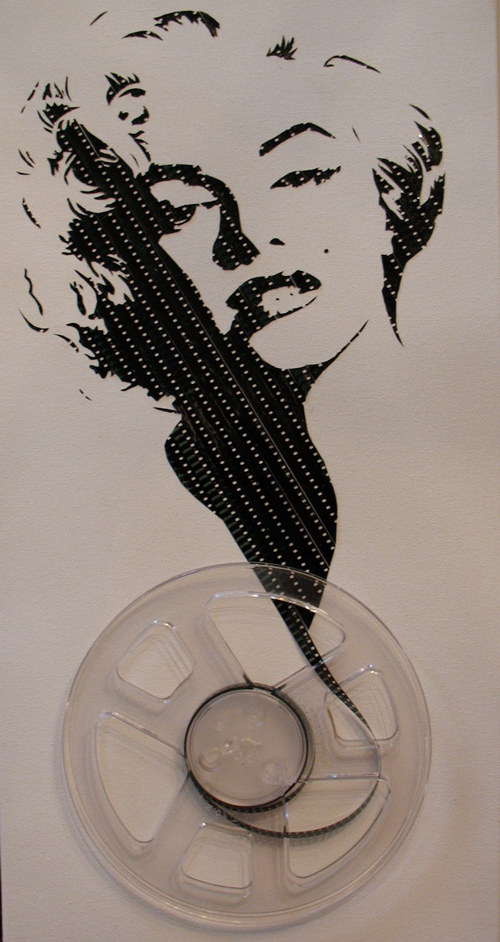 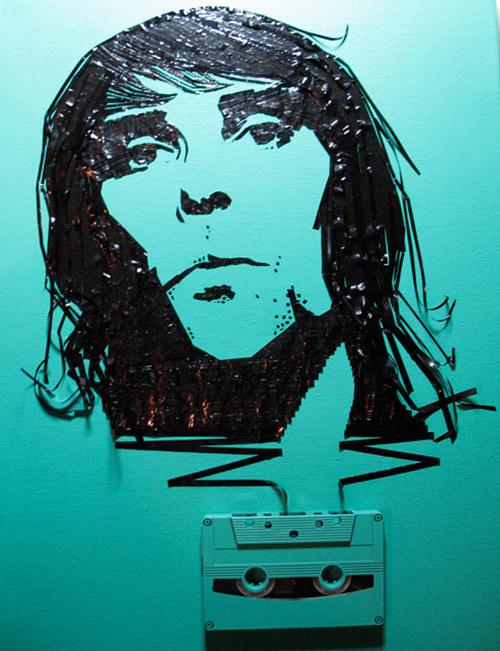 Ian Astbury
Quickie for a friend… I wear my sunglasses at night : ) Gonna be a surprise for someone’s b-day. He still needs a bit of a haircut… Gotta tame the mane. 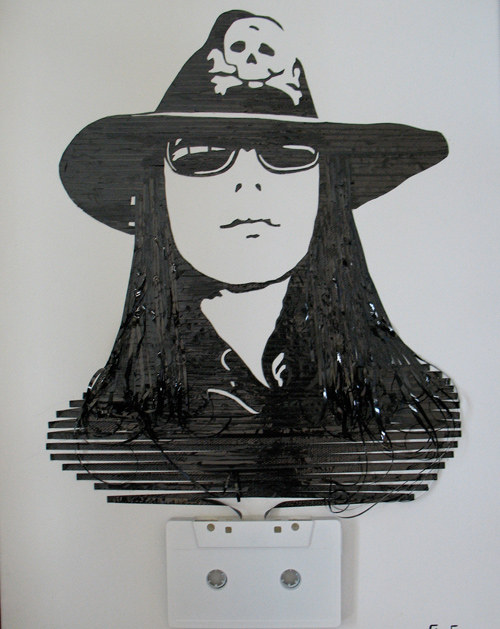 Jerry Garcia
Gift for my cousin in St. Louis… cassette tape on canvas. 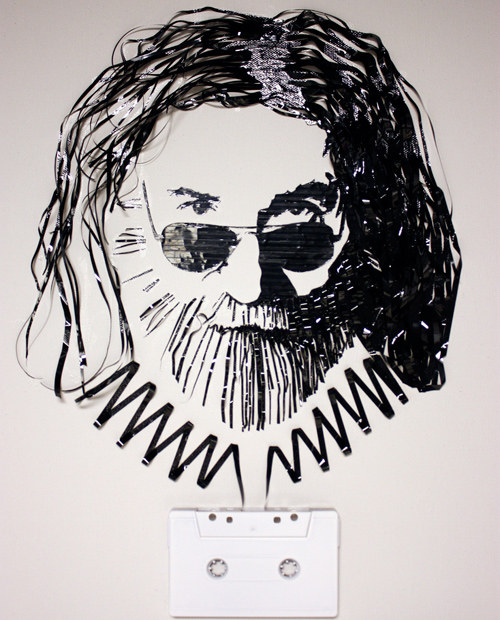 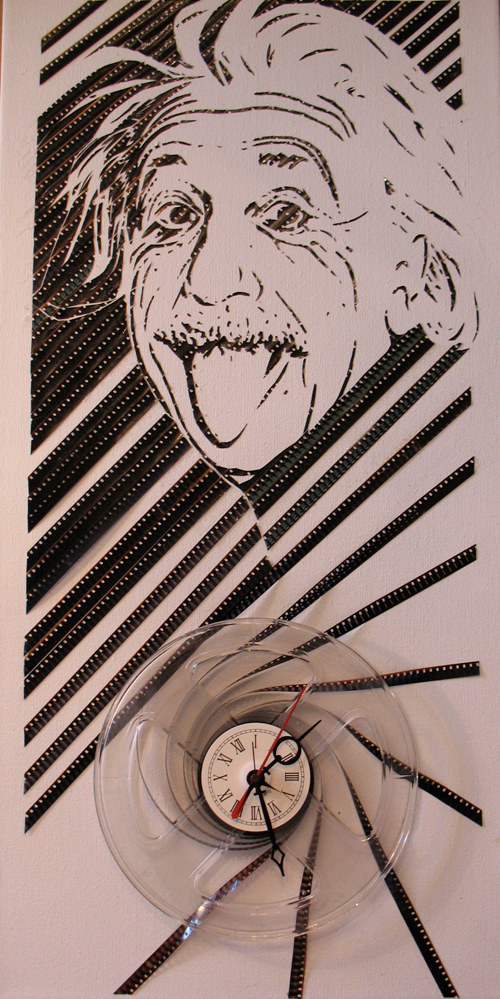 Ian Curtis
Ian Curtis (late singer of Joy Division) out of cassette with passover lyrics “This is the crisis I knew had to come, destroying the balance I’d kept. Turning around to the next set of lives, wondering what will come next…” The newspaper collage in the background was from a paper dating from the year Joy Division was formed. 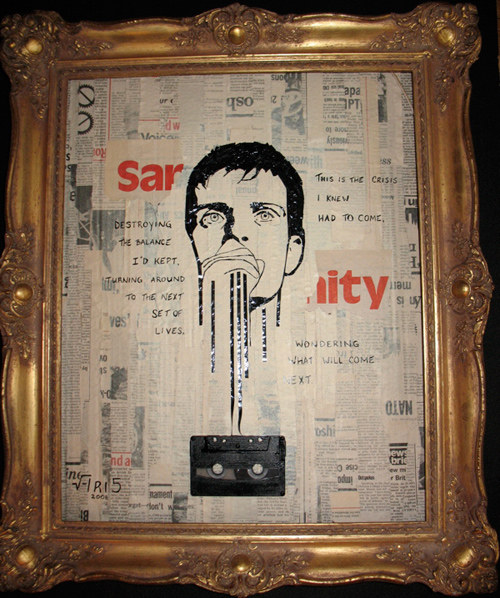 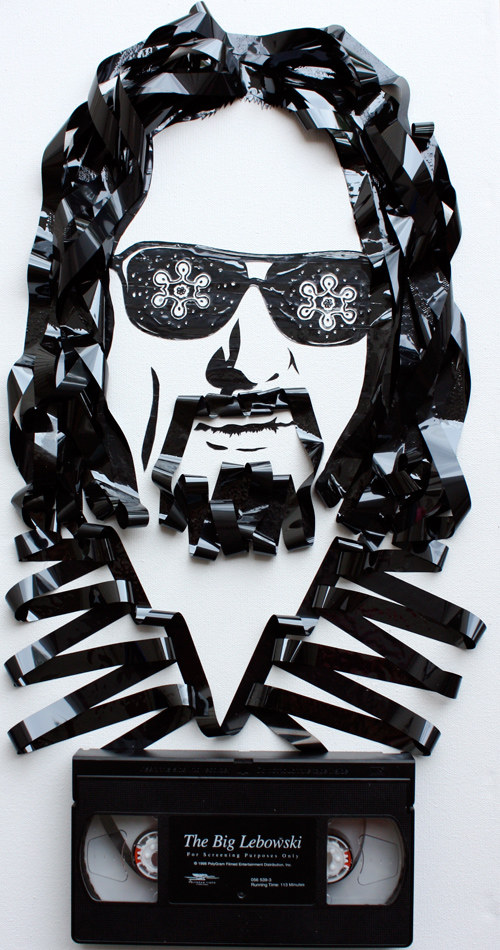 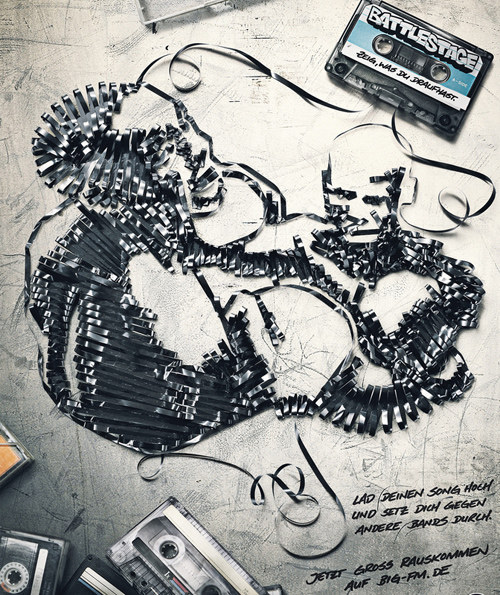 Erika Iris Simmons (26) is a self-taught artist from Georgia. She graduated from Washington University in St. Louis, 2006, with a degree in Russian. She tries to express an idea, through the arrangement of very common things, with the hope that some messages will be conveyed without words. She loves nostalgia of the archaic and hopes that not everything which has outlived its use goes to waste. 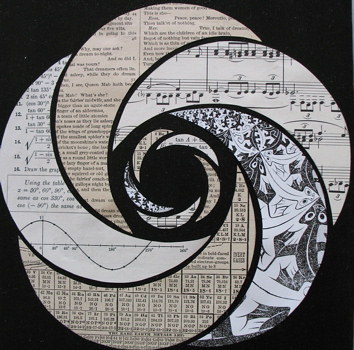 Fernando Valenzuela
And something different for a change: “Fernando Valenzuela made entirely out of the innards of a single baseball… A few weeks ago I posted on my website a wishlist of weird materials that I wanted for future projects, one of which was ‘a baseball that had actually been used in a game.'” 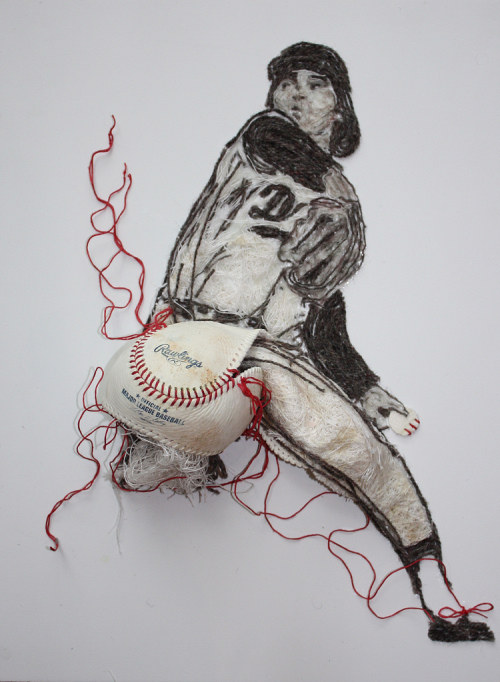