Propaganda is often thought of in negative terms. It evokes thoughts of wartime and misinformation campaigns by governments trying to deceive people or bolster support for what might otherwise be unpopular policies. But propaganda and the techniques it uses are prominent throughout our modern lives.

Every time you see a political poster, you’re seeing propaganda. Advertising in all forms almost always uses at least some of the usual techniques used by propagandists. Virtually anything created to persuade a person to do a certain thing or think a certain way has roots in propaganda.

As designers, it’s important that we understand the principles behind propaganda and the way it’s designed if we want to create more effective designs. After all, most designs are created with the end goal of getting people to take specific actions. Even if your designs don’t outwardly resemble propaganda, incorporating the techniques and principles behind successful propaganda pieces can greatly improve the effectiveness of your designs.

It’s important, when studying propaganda design or designing your own propaganda, to have a basic understanding of what ‘propaganda’ actually means and what its goals are. The resources below have some excellent background information.

Propaganda Critic
This is a great primer site on propaganda. It covers common techniques, wartime propaganda, and modern examples.

What is Propaganda
Another analysis of what propaganda is and how it works:

Before we get into any propaganda design tutorials and resources, let’s take a look at some propaganda from the past hundred or so years. Below are collections of propaganda from around the world, most of it war-related. There’s also a section of fictional propaganda, mostly created around pop culture. 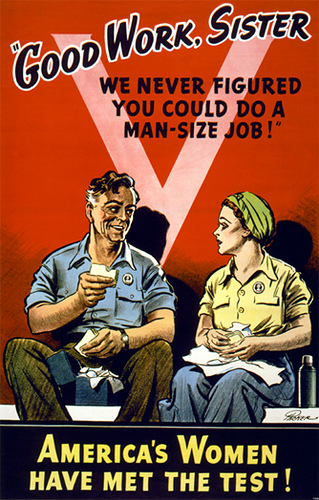 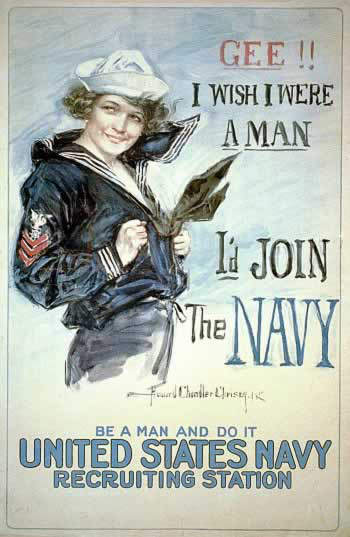 Propaganda Posters: United States of America
This gallery from FirstWorldWar.com offers a ton of propaganda posters from the US used during WWI. There are roughly 400 posters included in the collection.

Propaganda, Posters and Postcards
This site offers up propaganda posters from around the world, mostly from WWI and WWII, thought some date from before and after. 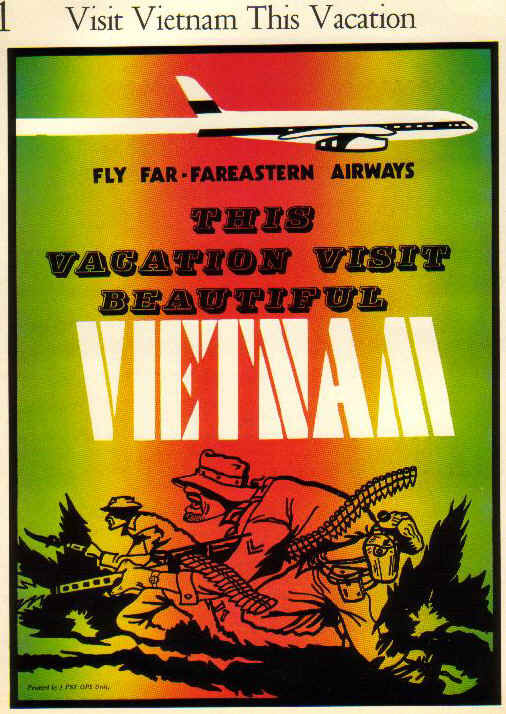 ‘Unintentional’ Propaganda Posters
This post from Cracked.com pokes fun at a number of propaganda posters from around the world. It provides great examples of what not to do when designing propaganda. 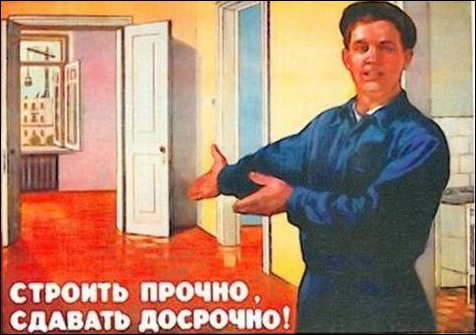 “Welcome to your new apartment!”

WWII: Intense Propaganda Posters
This collection from LIFE magazine includes some of the most graphic and intense propaganda posters from both sides created during WWII. 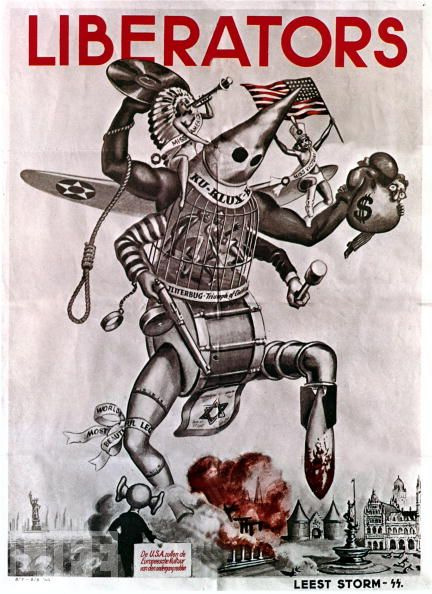 Soviet Posters: Revolution by Design
The International Poster Gallery offers not only a collection of Soviet propaganda posters, but also a fairly extensive history of the time periods in which the posters originated. The posters on the site are all for sale. 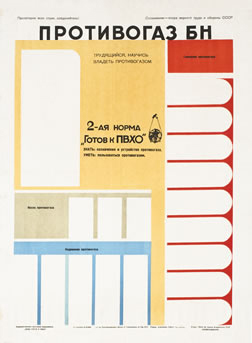 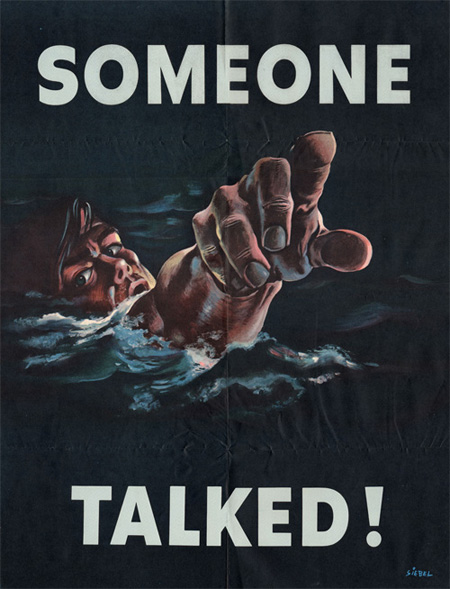 Propaganda Design & Aesthetics: Soviet Retro Posters
Here’s another roundup of Soviet propaganda posters, with a bit of explanation for each one. 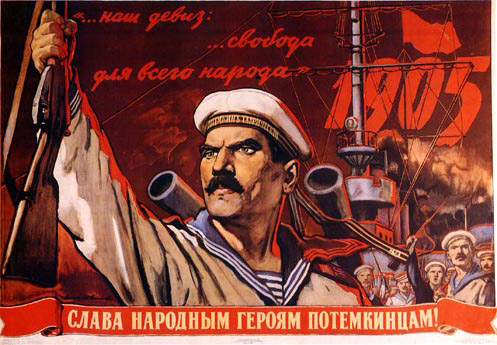 We Love Propaganda
Here’s a Flickr set that’s filled with propaganda posters from around the world. There are more than 500 images included.

The propaganda posters here are based on video games, TV shows, and movies, but display many of the same characteristics of real-world propaganda designs.

Propaganda Posters, Showcase of Dramatic Artwork
The posters here have been created by graphic designers from all over the world. Some are based on fiction but others are based on previous real-world conflicts (and some combine the two).

Victory…
Here’s a propaganda poster created based on the Dalek race from the TV series Doctor Who. It’s designed in a style that would fit right in among WWII era posters. 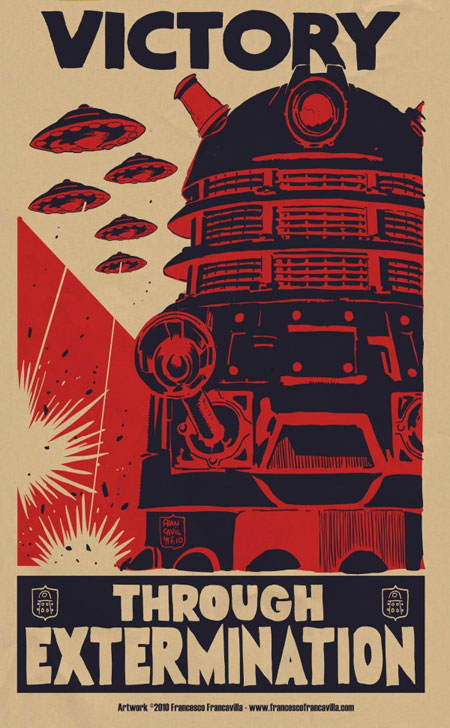 Incredible Star Wars Propaganda Posters
Star Wars has been such a huge part of popular culture since it debuted in the 70s, that of course there would be propaganda posters created to exist within its world. There are posters here from both sides: the Empire and the Rebel Alliance. 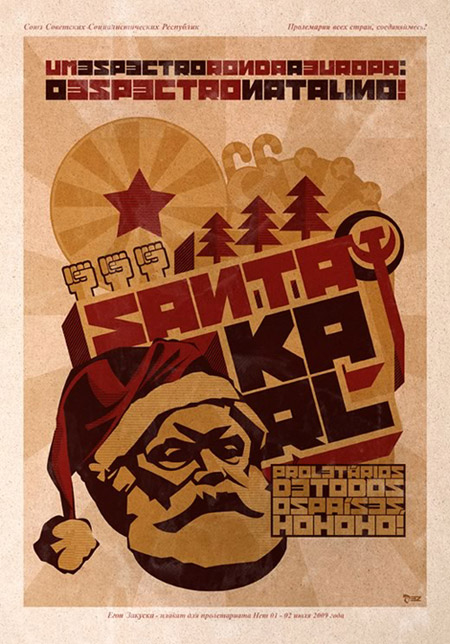 The tutorials featured below teach you how to create mostly vintage-style propaganda posters, reminiscent of posters created during WWII.

Design Tutorial: Creating a Propaganda Poster
This tutorial walks you through step-by-step instructions for creating this Hope is the New Black poster in Photoshop. 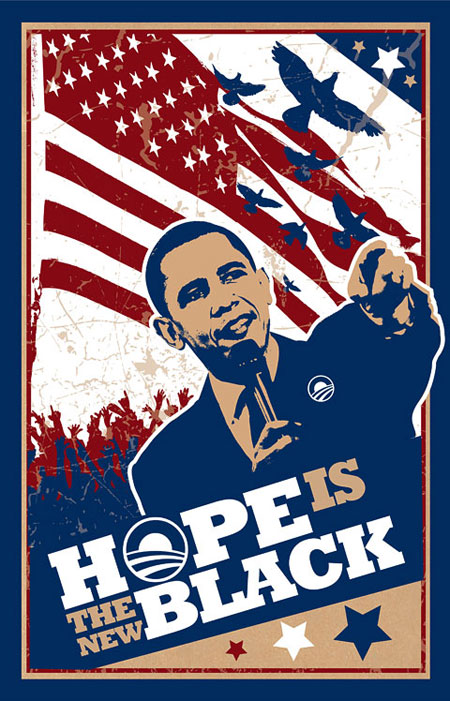 Create a Constructivist Inspired Poster
This Photosohp tutorial from Psdtuts+ shows you how to create this poster in the style of Russian Constructivism. 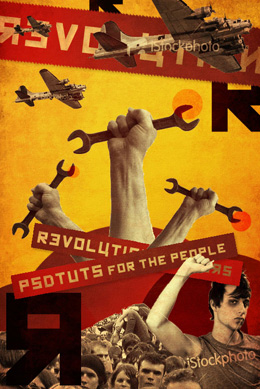 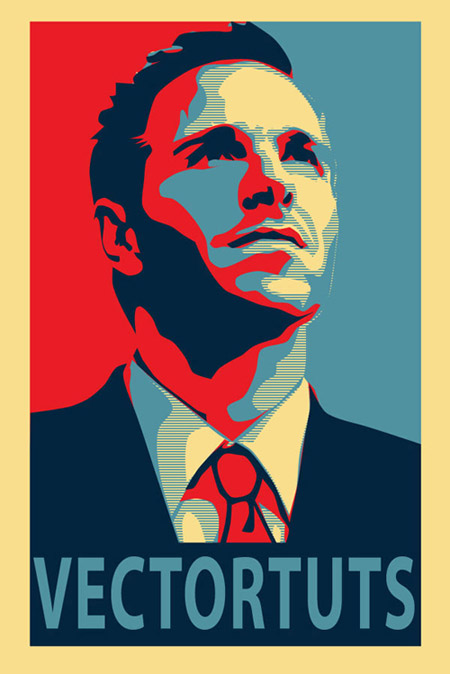 How to Create a WWII Propaganda Poster in Photoshop
This tutorial shows how to create a patriotic WWII War Bonds poster. 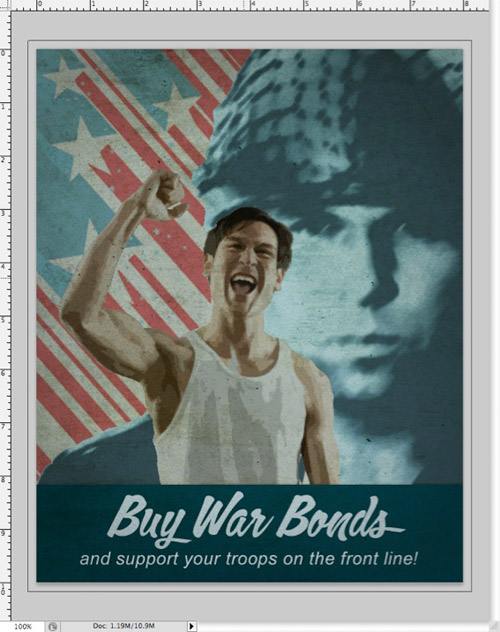 Constructivist Propaganda Poster
Here’s another tutorial for creating a Russian Constructivist-style poster, this time based around the 2008 U.S. Presidential campaign. 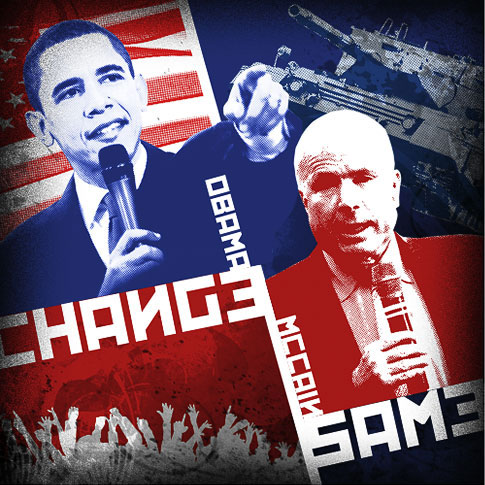 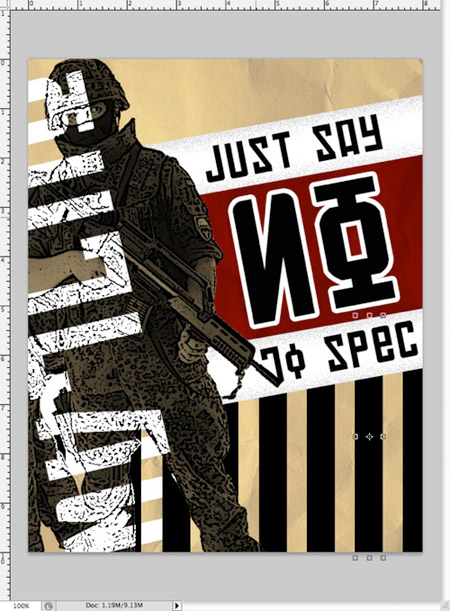 Create a Retro Style Poster with Shapes, Patterns, and Eagles
While not strictly a propaganda poster, the imagery is definitely in line with traditional propaganda design in the poster in this Illustrator tutorial from Vectortuts+. Just add a propaganda message and it would fit right in with posters from WWII and the Cold War era. 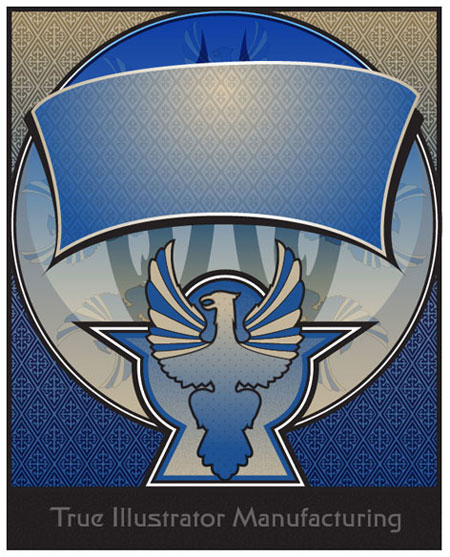 Here are some tools and resources for creating your own propaganda-style artwork and designs.

American Propaganda Fontpack
This fontpack from Chank includes more than a dozen fonts reminiscent of those commonly seen on propaganda posters. The only downside is that it’s $99. 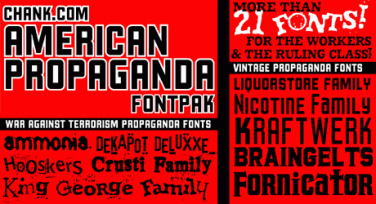 Grunge Textures
Many propaganda posters, especially those that are meant to look vintage, make use of grungy textures to give a more authentic look. This site offers up more than 1400 free grunge textures. 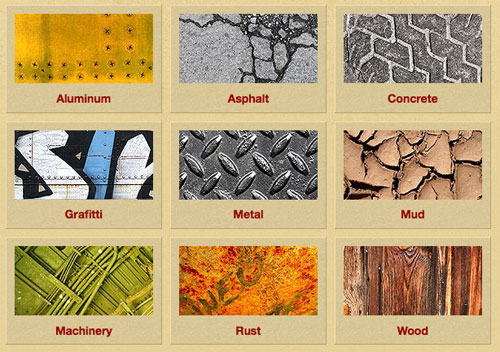 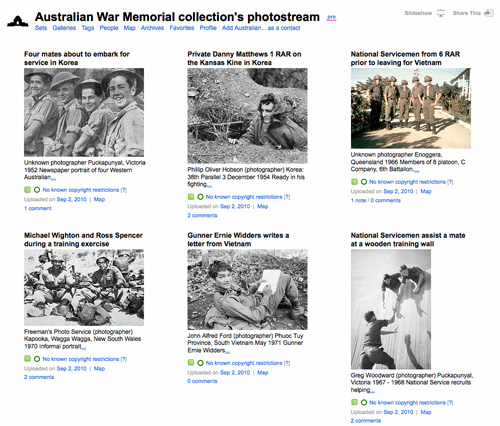 World War I Panoramas
This collection of panoramic photos from The Library of Congress is available through Flickr’s The Commons. 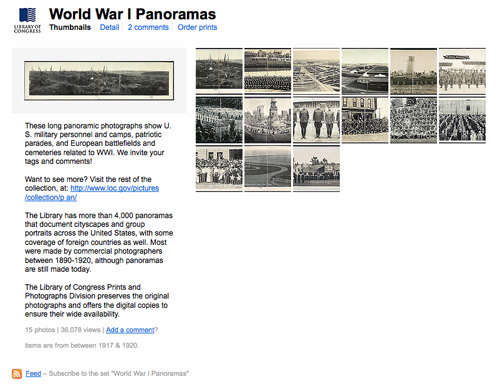 Dafont.com Russian Fonts
DaFont has a number of Cyrillic-style fonts, perfect for a Russian or Soviet-inspired propaganda design.

FontSpace Propaganda Fonts
FontSpace has a small collection of interesting fonts for propaganda design, including some really great symbol fonts with appropriate imagery. 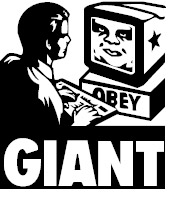