Recently, there have been a lot of creative ideas and uses of online ads that have been pushing the traditional medium. Takeover ads, where ads takeover the entire site design have become more common. Apple has taken banner ads into a new dimension by creating ads that appear to interact within the design of a site. While others have been able to leverage platforms such as YouTube and Twitter to create an interactive experience. Here are some creative and unique trends that have been showing up in advertising online. 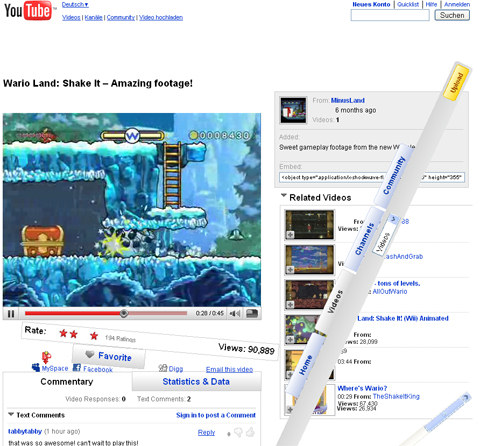 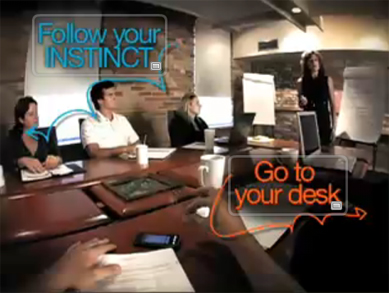 To promote their new phone Instinct, Samsung created an interactive online video campaign on YouTube called "Follow Your Instinct." Using YouTube's annotations feature, which allows clickable links embedded in the video to other videos, users can follow multiple story lines by choosing where to go next. At the end of each short clip you are presented with two choices. For example: 1) Follow you Instinct or 2) Go to your desk 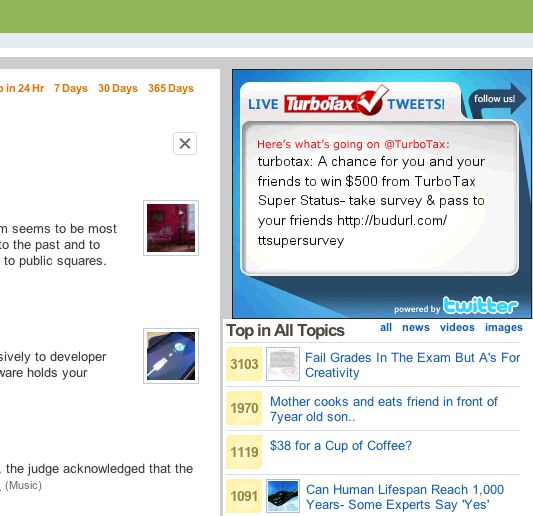 TurboTax created a live Twitter banner ad that showed the five most recent tweets featuring responses to consumer questions and comments on taxes, product use and feedback.

By now you've probably seen one of the many creative and witty Apple ads featured on sites such as CNN, The Wall Street Journal, and Pitchfork. By breaking the traditional mold of static banner ads and utilizing synched ads, an interactive experience is created using elements within a site's layout to grab the users attention.

Appeared in the Wall Street Journal

Appeared in the New York Times

Takeover ads takeover a sites existing layout, changing the normal flow and convention of what the user is normally accustomed to seeing.

To promote their new game Wario, Nintendo created what at first appeared to be a standard YouTube page showing a video of the game being played. However, as the video progresses, elements within the design of the page start to interact with the game. The entire screen shakes, items begin to fall down, YouTube's navigation starts to crumble, and the page eventually becomes unrecognizable.

To show the features of the iPod Touch, Apple was able to create an interactive experience that interacted with Pitchfork's design. This has also appeared on sites such as ESPN.

To promote the game Madden NFL 10, YouTube's home page was taken over by an ad that interacts with elements the home page as football players break outside the ad space and into the design of the site. 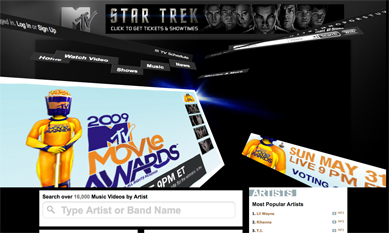 For the release of the new Star Trek movie, MTV's home page was taken over to give the effect that the site's content was being sucked into the warp of the Enterprise as it zoomed into the page toward the viewers. 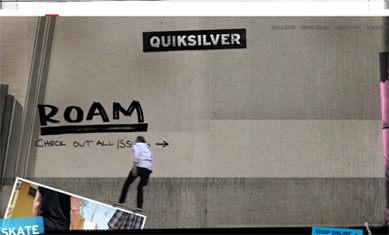 As the video begins to play, the skaters start to jump outside the video and become part of the website, interacting with elements of the design by skating and doing tricks on the photos, video player, etc.

After click ads expand and interact with the design of the page only when a user had clicked on it.

Braquo is a crime TV series in France. 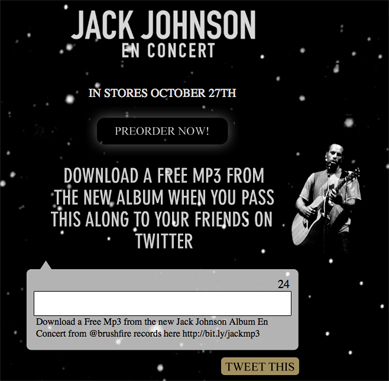 A simple, yet effective concept that was done using Twitter to promote Jack Johnson's live album En Concert. It allows you to Tweet up to 24 characters while the other 116 characters are reserved to retweet the message. Once it is sent, a link is given to download a free mp3 from the album.

I Wear Your Shirt 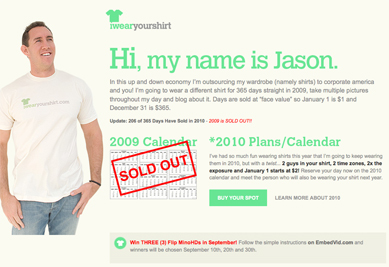 Jason has been able to take online ads in a unique direction by leveraging the social context of his every day life. He has sponsors pay him to wear their shirt for an entire day, taking pictures and then blogging about his interactions and experiences with people on his site. Days are sold at “face value,” so January 1 is $1 and December 31 is $365. It's become quite popular, with 2009 already sold out, and 2010 quickly filling up. He's also added a second person in a different time zone to help out in 2010. 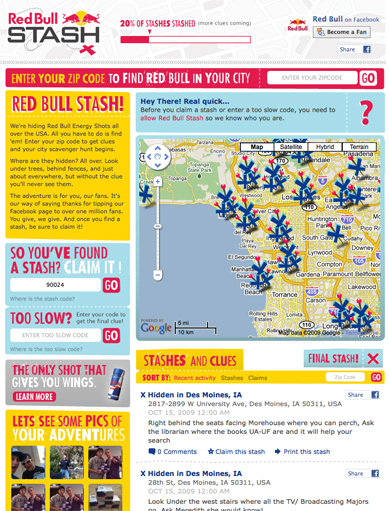 Brands are incorporating interactive experiences with consumers on the web in more ways than ever. Red Bull has taken the scavenger hunt concept one step further by teaming up with Facebook to incorporate a virtual scavenger hunt across the United States. Using the website, you type in your zip code to find the locations of places where cans of Red Bull are hidden. The general locations are shown via Google Maps with clues on where to find the exact spot. Once found, you "claim the stash." Users can make comments on each individual location and upload photos of their stashes through Facebook. 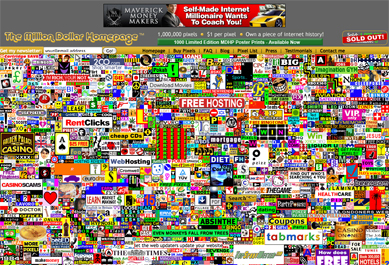 Not really a trend, but worth mentioning since it was something truly creative and completely different at the time. Conceived in 2005 by Alex Tew, a college student who needed to raise money for his tuition, he came up with an idea to try and make $1 million by selling 1,000,000 pixels for $1 each on a single web page. He ended up selling every single pixel making $1 million with several imitators copying his idea.

The creativity in the ads shown have engaged the audience with something new and different. They break the traditional online advertising medium by creating new experiences that people have yet to become fully accustomed to. But how long will these trends continue to attract audiences before the novelty wears away and people start to ignore them? Banner blindness is already a known problem. It's probably only a matter of time before some of these ideas take on the same fate.

Mike Takahashi is the Web Strategies Manager for Communications and Public Outreach at UCLA (University of California, Los Angeles). He is passionate about every aspect of design and how technology can help influence our lives in meaningful ways. You can follow him on his blog at TAKA DESIGNS.