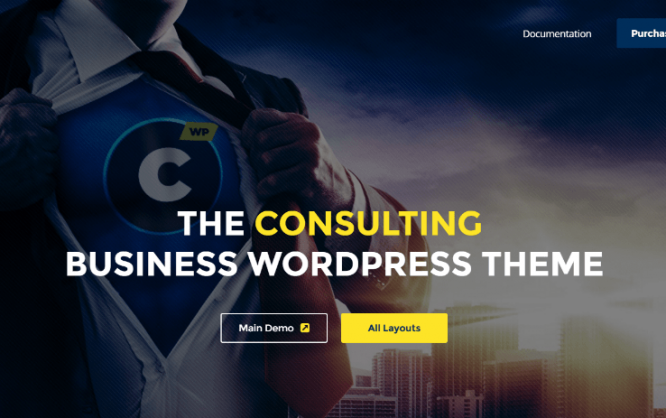 When offering consulting services, you should definitely take a closer look at the premium theme "Consulting." It is one of the most popular themes on "Themeforest" for this purpose. And rightfully so. [caption id="attachment_79322" align="alignnone" width="1024"]

Last year, we already put the theme provider "StyleMixThemes" on your radar. Back then, we reviewed the beautiful gastronomy theme "Bon Appetit." What we've noticed back then still applies to "Consulting." StyleMixThemes doesn't just make a theme with a somewhat fitting look for a particular branch. The developers actually look at what the chosen business needs, and create features and design strictly according to that. This way, you don't get a uniform theme, but rather a specialized solution for a concrete application case.

In the case of the theme "Consulting," there are multiple dimensions to this specialization. First off, you get a reputable design concept that tries to meet the customer requirements for consulting websites. The 18 different layout variants all look serious and trustworthy, while still being modern and fresh. I especially like all four of the basic color schemes. [caption id="attachment_79314" align="alignnone" width="728"] 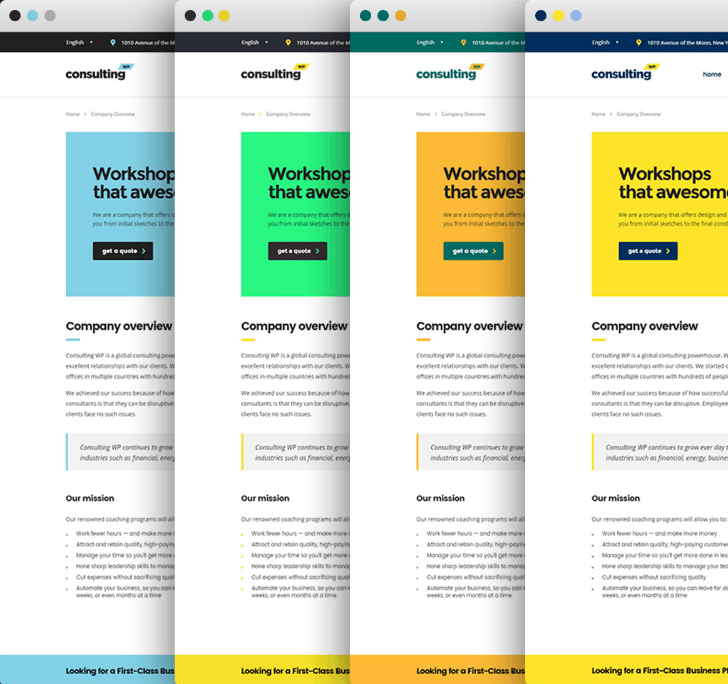 Four Reputable Color Schemes Are Available. (Screenshot: Noupe Magazine)[/caption] All four different headers use a horizontal navigation bar, which is generally fitting for business websites. Nonetheless, the variants are not too similar to each other, so it's very likely that you'll find something for your taste. My personal favorite is the bottom one, by the way. [caption id="attachment_79316" align="alignnone" width="626"] 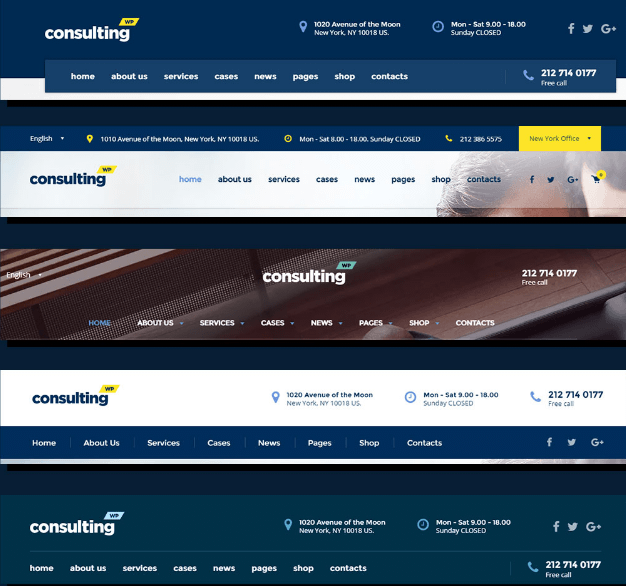 Although There are Similarities, the Differences Between the Headers are Significant. (Screenshot: Noupe Magazine)[/caption] For the presentation of your service, different templates are available. An option to display multiple locations via a Google Maps integration is available as well. [caption id="attachment_79317" align="alignnone" width="767"] 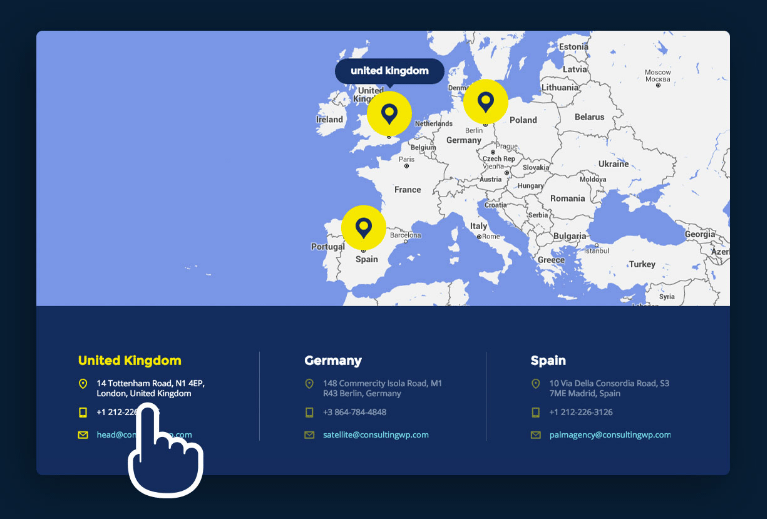 Via Google Maps, Even Multiple Locations Can be Presented in a Clear Way. (Screenshot: Noupe Magazine)[/caption] As it should be in 2016, "Consulting" is responsive, and thus, it looks good on all devices. On desktop-size screens, the theme reacts fluid, and always covers the full-screen width. With appropriate image material provided, this looks great. For my taste, "Consulting" looks best in full HD. On mobile devices, the theme scales down to a mobile layout with a hamburger menu. This may not be as impressive from a visual standpoint, but it still looks professional while providing access to all content. [caption id="attachment_79320" align="alignnone" width="1024"] 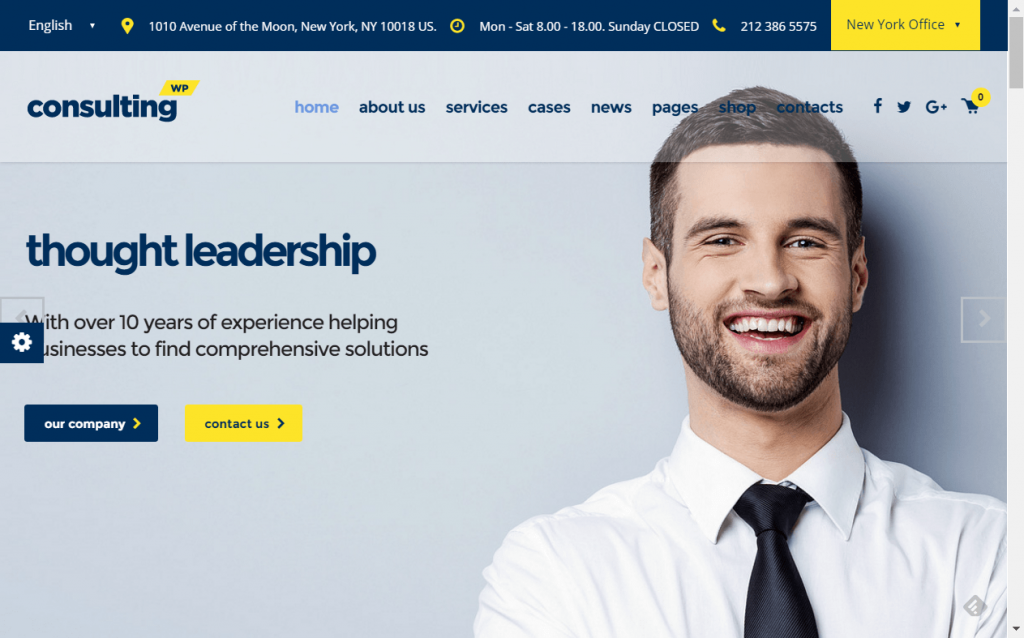 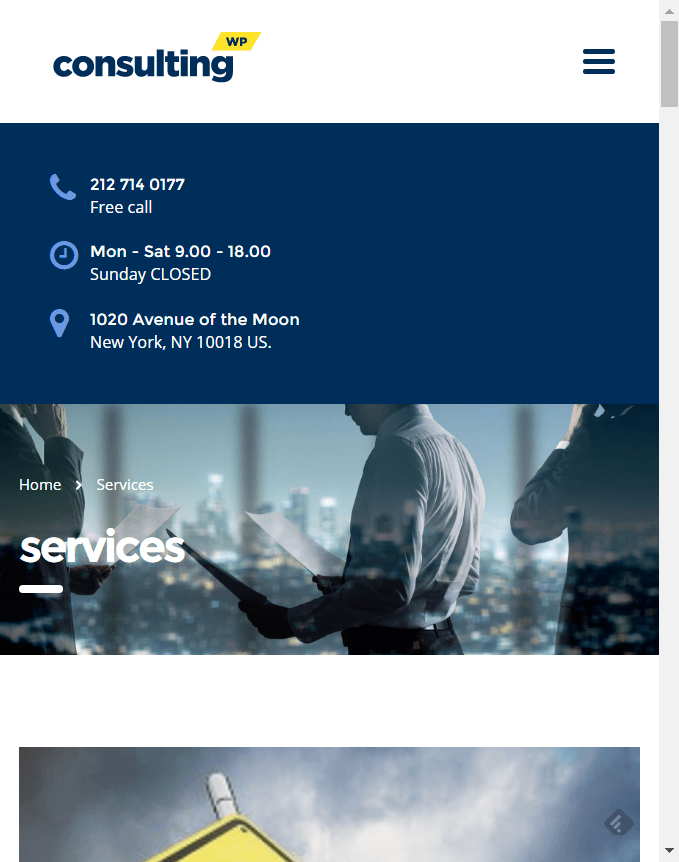 Consulting: Mobile View. (Screenshot: Noupe Magazine)[/caption] If you want to promote your consulting expertise by the use of case studies, you will find two templates that were specially made for this purpose. Introduce your team via an eye-catching grid or by using a list. It's also good to know that "Consulting" comes in eight different languages, being English, French, German, Italian, Portuguese, Spanish, Russian, and Arabic. If your language is missing, you can easily translate it using the included .pot file, and the free tool Poedit or WPML. The theme price of 59 USD already includes the popular "Revolution Slider," which alone would cost another 19 USD, and is used to realize powerful hero image or video presentations. Look at the demo, and you'll know what I mean. The theme's individual strengths are presented in detail on this page. By the way: „Consulting” comes with demo content, so that creating a full site with content can be done fast and efficiently. This makes it easier to understand the layout, and - let's be honest - you would've used some "Lorem Ipsum" either way. After your design is set, directly implement the final contents. https://www.youtube.com/watch?v=lGpmw2qkbxI

Consulting: Under the Hood

Under the hood, "Consulting" is based on Bootstrap and Sass. From within the customizer, you have access to all of the 700+ Google Fonts. If needed, integrate a shop via WooCommerce. The theme is prepared for that. However, the most interesting feature under the hood is the Visual Composer. That's no less than the world's most popular page builder for WordPress. The Visual Composer has more than 1.5 million users to boast. Using this plugin, you get to build pages and posts in almost any desired layout, without requiring code knowledge to do so. The functionality is simple: https://www.youtube.com/watch?v=mMBaQiG9Er4 Normally, the Visual Composer alone is 34 USD, but it's already included in the price of "Consulting." Let's do some math. "Consulting" costs 59 USD. Let's subtract the Revolution Slider's 19 USD, and 40 USD remain. The Visual Composer for 34 USD is also included, so only six USD are left. This turns "Consulting" into a real no-brainer. The delivery includes an extensive PDF guide, the actual theme, as well as a prepared child theme. Within the 30 MB large download, you'll also find the PSD that contains all design variants, logically organized into layers. [caption id="attachment_79321" align="alignnone" width="1024"] 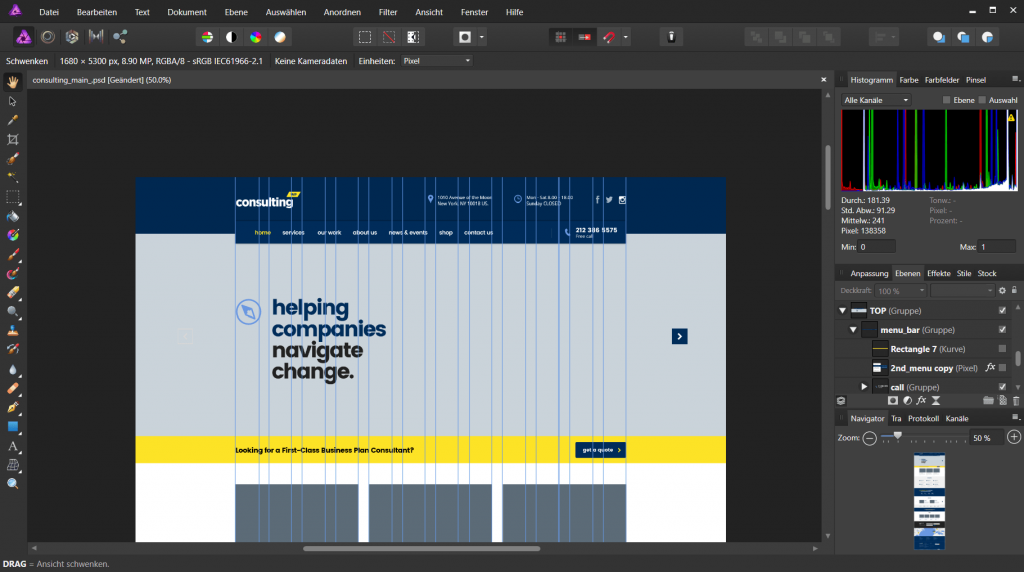 Consulting: the PSD. (Screenshot: Noupe Magazine)[/caption] On top of that, StyleMixThemes provides 24-hour support on five days a week. Even in the comment section of the product page on Themeforest, the developers attempt to give out helpful information. In any case, it should be safe to say that StyleMixThemes is one of the professionals on the messy market of premium theme developers. Take a look for yourself.
22
SHARES
ShareTweetLinkedin