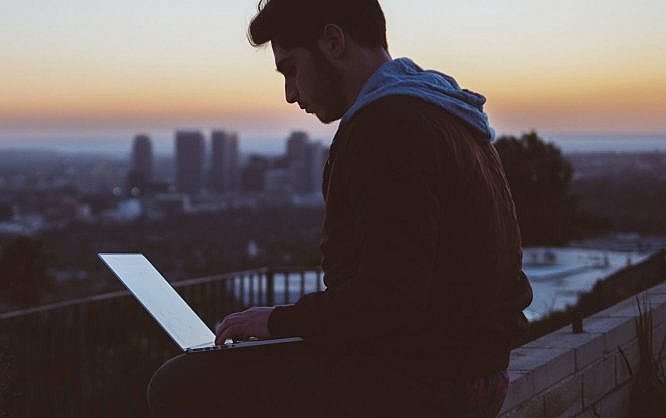 You might know Flattr already. You probably don't know the new Flattr 2.0. It's completely different.

Flattr. That was a nice idea, back then. Content providers were able to integrate so-called Flattr buttons in their pages, allowing users to donate small amounts of money to the respective provider by clicking the button. This was meant to be a simple solution for the problem of monetizing complex content, solely relying on the sheer number of participating users. Ads could've become redundant, had that approach established itself. In fact, especially in Germany, there was a short period of time that one could call hype for the project. In the long run, the interest of the providers, as well as the potential donators died back down quickly. [caption id="attachment_85497" align="alignnone" width="1024"]

Flattr 2.0: Landing Page[/caption] Providers earned next to nothing, users didn't find enough targets to Flattr, meaning donating to content providers. Overall, the system suffered from a lack of participants on both sides, resulting in too little money in circulation.

2017 is the year in which Flattr wants to change track. The service has reinvented itself completely and didn't leave anything untouched. The only thing that remains is the underlying concept. Web users should have an easy way of rewarding content providers. The realization has changed radically, though. Instead of buttons, their integration, and the deliberate clicking on them, the new Flattr 2.0 is entirely based on algorithms. It's not the content provider who integrates buttons on all of their contents, but rather the user who installs a Chrome extension, or a Firefox add-on in their desktop browser. Using Flattr on mobile is not possible (yet). [caption id="attachment_85496" align="alignnone" width="595"]

Whether You Become a Hero for Flattring is Debatable. (Graphic: Flattr)[/caption] Connected to a Flattr user account, which deducts an amount selected by the user every thirty days, via credit card, the browser extension saves every visited URL, as well as further parameters, including the amount of time spent, and the number of pages visited. On the recipient's side, a corresponding Flattr account is required. The content provider signs up his domains and social profiles (Twitter and YouTube) at Flattr, and that's it. The recipient doesn't need to do anything else. Now, when the web user accesses websites signed up with Flattr during surfing, these pages are included in the distribution of the monthly budget. Regarding that, Flattr has set its algorithm to consider the time spent on a single page, as well as the roaming through a website over a connected set of multiple pages, with less time spent on each one when it comes to paying the providers. Here, the web user has full control over the algorithm at all times; at least in hindsight. Each Flattr process is displayed in the account's backend. If, while viewing a Flattr, the user realizes that content that he does not want to support is included, he can remove it with a click. Until the end of the payout period, this is possible at any time. Naturally, it is not possible after that. Thus, it is recommended to check your Flattr account from time to time, to manually adjust the distribution of the money. The browser extension works locally for the most part. This means it doesn't send all the data it collects to Flattr servers. The operators of the service also promise to protect the privacy regarding the received data, and to not use it for any purposes other than the Flattr deduction, especially not for the distribution to third parties. If the user finds content from a provider that has not signed up with Flattr, that content is still considered for distribution. This might prove that a full online feedback between local tracking and server-sided deduction really doesn't exist. At the end of the payout period, the server weeds out the content without a linked Flattr account. This makes sure that the full subscription amount is actually paid out to participating content providers. Flattr takes a share of 7.5 percent of the revenue for providing the service. The used payment provider claims another nine percent. For example, an amount of 20 Euro leaves 16.70 Euro for distribution.

Internationalization By Switching to Dollar

Flattr always used the currency Euro, but this will change with version 2. Flattr switches to USD. This certainly is the right step towards a faster globalization of the offer. Aside from the respective native currency, the typical web user most likely knows the conversion rate to Dollar. This makes the financial input easy to assess for anyone. As mentioned before, Flattr distributes the subscription amounts exclusively to content providers signed up with Flattr. Thus, it is a good thing that Flattr also gets information on URLs with operators that have not signed up. Every cold caller would be panting for this kind of data:

"Look, provider X, last month, you could've made this much money off Flattr users, had you signed up your content. Let me show you the statistics."

Given a widespread success, there is no easier argument for the expansion of the provider network. [caption id="attachment_85493" align="alignnone" width="564"]

Additional Potential for Income Via Signup. Risk: None. (Graphic: Flattr)[/caption] Another thing that is interesting for content providers is the fact that Flattr always starts the deduction period thirty days after subscription, instead of the end of each month. Thus, a potentially consistent flow of income is possible, although you need to keep in mind that each payout comes with a fee of 3 USD. The bottom limit for a payout is set to 10 USD.

Flattr's Future is in the Consumers' Hands

The future of the new Flattr is mostly in the hands of the web users, the consumers. If there are enough people willing to have their surf sessions tracked by Flattr browser extensions, the number of participating providers will increase over time. The above-mentioned statistics will also be a factor regarding that. [caption id="attachment_85495" align="alignnone" width="1024"]

Will There be Support? (Graphic: Flattr)[/caption] Since Flattr works with tracking methods, success depends on the ability to eliminate the existing data protection concerns. Overall, this shouldn't be too big of a deal. After all, the majority of users already hands out way too much information to third-party servers, than one would usually agree with. Facebook's entire business model is based on that. Certain target groups won't be as easy to reach. For the content provider, Flattr is just another way to make some money. As Flattr doesn't require any exclusivity or specifies technological demands, there is little to no reason not to sign up your content.
35
SHARES
ShareTweetLinkedin