How to Free Yourself From Creative Block 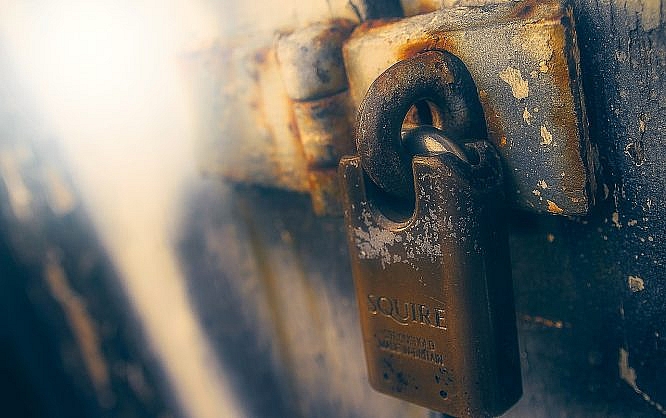 Every creative worker knows blocks. In the worst case, the creative block, you won’t get anything done at all. But what happens when a block basically focuses on a single area? Designer Ben Evans portrays his case of UX-burnout.

It was a time full of work. He had to get an app going, and had dealt with questions of user experience (UX) for several months. Once the goal was achieved, the tension fell off, and he felt a deep fatigue, which he thought was just general exhaustion.

However, when Evans sat down to describe his condition, he realized that words were basically flowing from his fingers. So it could not have been a creative block. He still had enough ideas and energy; he just didn’t want to have anything to do with UX design. Thus, he created the term UX-burnout.

Now, you could argue that it’s not relevant how a single designer diagnoses himself. Nonetheless, I think this process is fascinating, as almost every creative worker should already have experienced this condition, without naming it like Evans did. From self-observation, I also noticed phases in which I was able to develop creative solutions but unable to put a word onto paper.

Evans found six types of different problems that could have been responsible for his special exhaustion situation. If you want to read more on the topic UX burnout, I recommend Ben’s article over at Boxes and Arrows.

Some of the mentioned problems can be generalized, and be converted to all types of blocks. Let’s take a closer look.

You Don’t Have a Clear Mind Anymore

This sounds like a simple problem, and that’s what it is. If we’re stuck deep inside of complex projects, at one point, the details will overwhelm us even if they are not as relevant. In the end, we miss the forest for the trees, beginning, and end of the project sink deep into a bunch of small and smaller problems.

On top of that, there’s the constant information overflow, which is hard to tame even in a normal situation. We feel as if we were being buried alive. Who’s supposed to be able to come up with creative situations in that situation?

The only way to solve the problem is discipline and distinction. Knowing our psychological limits, we should accept not being able to stay with it 24/7.

Working by following the Pomodoro technique helps us not to be overloaded permanently. It works like this:

During Pomodoro sessions, you don’t do anything else. Social media and emails are off-limits unless you started a session in which you want to get something done that requires you to use them. Even during the breaks, you don’t read any news, tweets, or something like that. You move away from the desk. Single-tasking is the most relaxing way of getting work done that I can imagine. And it doesn’t overload you.

Even with a lot of discipline, your environment won’t make this easy for you. Here, clear lines are a must. I know colleagues that put on gigantic and noticeable headphones, to show that they don’t want to be disturbed. Do whatever helps you dissociate yourself.

Also, read our “No Bullshit” Guide For Creative Workers on the topic.

You’re Out of Ideas

One could also say that your mind is not clear enough for you to create ideas again. Because of that, the previous tips still apply in the same way. But even if your head were somewhat cleared, this still wouldn’t guarantee new ideas were coming to you.

When the time comes, you need inspiration. But maybe, your situation is so bad that you need more than that. If that’s the case, read my article “Creativity Techniques For the Average Joe,” which also covers sleep, relaxation, and so on.

When it comes to inspiration, you’ll find tons of material for different creative jobs on the web, especially here at Noupe. However, inspiration can also mean applying the concept of remixing. Here, Evans justifiably refers to the book “Steal like an Artist” by Austin Kleon.

Basically, this is about you realizing that you can’t kick off creativity exclusively from the inside, but primarily from the outside. A human is not a Perpetuum Mobile.

Is it Supposed to be This Easy?

Yes, it actually is that easy. All other problems can be derived from the mentioned ones, and in the end, they are all homemade. If we didn’t let ourselves drift like that, especially by our environment, we would be able to swim more purposefully. It all starts with us accepting that we are not capable of doing everything forever. This creates structure.

You are here: Home / Business Online / How to Free Yourself From Creative Block