Brainstorming – Go On the Hunt For Ideas Using These Four Methods 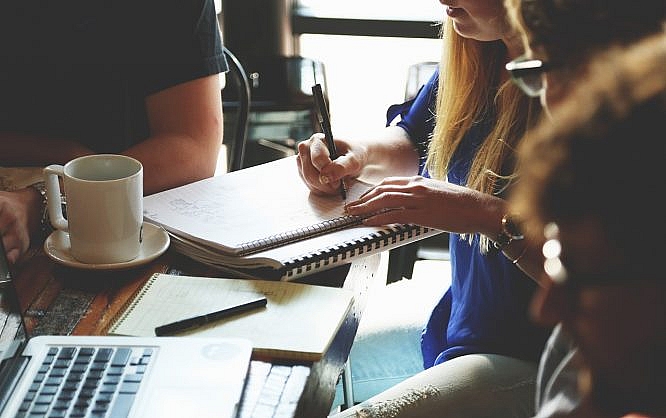 Many occupational fields only work because of creative people and their realization of innovative ideas. To generate better results, we often fall back to creative techniques that promise a higher success rate. Brainstorming is one of them.

Brainstorming is often used to work out solutions for given problems in a group. But what if the traditional method doesn’t work? We want these four alternatives to give you new impulses, helping you to get your brain cells going again.

The Classic of Idea Generation: Brainstorming

Aside from brainstorming, mind mapping is another one of the so-called classic techniques. Both are used to come up with solutions to problems as fast as possible. Both during studies and during the working life, creative techniques are very popular. Due to the mutual exchange of thoughts, the participant’s ideas are accumulated, and an efficient strategy is developed afterward. However, this often causes problems that surely sound familiar: For one, meetings are often spontaneous and last-minute. In addition to that, many studies prove that this type of idea generation can become counterproductive under the following criteria:

However, if a business or the boss makes sure that the environment is optimal, traditional brainstorming may lead to success. Experts believe that you should make sure that the group size does not exceed eight members. If too many people participate in idea generation, the block each other, and no common thread can be found. To deliver different food for thought, it is also beneficial when the participants work in various fields. The IT specialist contributes input that is distinct from the resource manager’s or that of the accountant. They are still able to develop a strategy that boosts the business’s efficiency.

However, if the classic variant is not successful for you, you should try one of the four alternatives that we’ll present to you here:

Brainwriting can work in different ways: in the classic version, you also meet up with your teammates. However, ideas are not communicated verbally but written on a piece of paper instead. Once everyone noted down their ideas, the sheets are passed on to the seatmate so that he gets to add his thoughts. This creates a basis for a discussion, which the group can use to advance the project.
In the past years, the trend shifted towards a collective notebook. Here, there’s either a public notebook for everyone to enter their ideas or each worker keeps a private creative notebook. Publishers like the German brandbook.de have released a notebook for creative workers, which is packed with inspiring illustrations, providing the right conditions for creativity. In there, you get to write down your notes and spontaneous inspirations. After a certain amount of time, the group presents the solutions and discusses them.

Motion benefits both body and spirit – this statement is very well-known. Physical activity does not only help to keep the body healthy, but the better blood circulation also leads to more creativity. Brainwalking is used effectively when flipcharts with one topic each are placed in the office. Every worker looks at the single flipcharts, writing down all spontaneous ideas that come to mind. Once all members are done, results are generated together.

As we all know, a group consists of both different characters and different ways of working: there are extroverts and introverts, that either tackle a problem from the top or at the bottom. Brain swarming gives every member the opportunity to work on their own, without being exposed to the rules of other participants. The problem with brain swarming is, that the extrovert colleagues lead the discussion, while the introverts stay in the background. However, every employee should be able to contribute their own ideas.

With brain swarming, the goal is used as the header. After that has been noted, the required resources are written down and placed at the bottom of the magnet board. Now, the workers have a certain period to place own post-its with their creative suggestions on the wall. This method was developed by the American Dr. Tony McCaffrey and explained in detail in this video.

The famous film producer has not only revolutionized childrens’ movies but also created a creativity technique that is very popular. In this method, three roles are assigned: the dreamer, the realist, and the critic. During the idea generation, the participants switch between the roles and look at the problem from different points of view. While roleplay may not be all that popular among the workers, the technique’s efficiency is proven. You start as the dreamer, looking at the goal without any rules or limits. In the role of the realist, you focus on the realization of the ideas. In the end, the critic takes a sceptical look at the problem and points out unanswered questions. This order is repeated until the critic has nothing left to criticize.

Many Ways Lead to a Result

All the techniques we presented leave a lot of room for the generation of ideas – as long as they are conducted objectively. If the participants don’t get involved, no productive examination of the problem can take place. When realized correctly, they can replace the traditional brainstorming in the sense that every worker gets to share their own ideas without having to fear criticism.

You are here: Home / Business Online / Freelance / Brainstorming – Go On the Hunt For Ideas Using These Four Methods