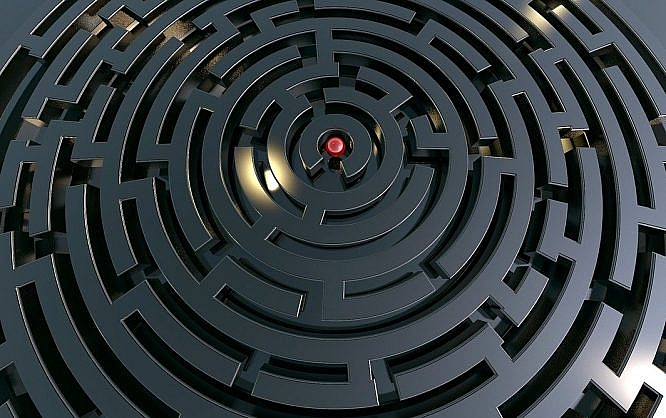 Before you start sketching design suggestions, you should make sure you know the goal of the website you're creating. If you do that, you can focus on the things that matter right away.

The Gold Digging Years: As Pretty as Possible.

In the nineties, questions were not our primary focus. I'll admit it. Us designers wanted to create a cute website with a few unique features to brag about. Seemingly, that's what the customer used to want as well, as he didn't really look into marketing aspects either. The only relevant question was: how much is it? This way, we got to fire up our favorite pixel editor right after the first conversation and create a bunch of different visual drafts. Here, we made sure that all the drafts were very different from each other. There was at least one repulsive one among them every time. Sales psychology tells us that people have an easier time making decisions the more extreme the options are. [caption id="attachment_102772" align="alignnone" width="1024"] 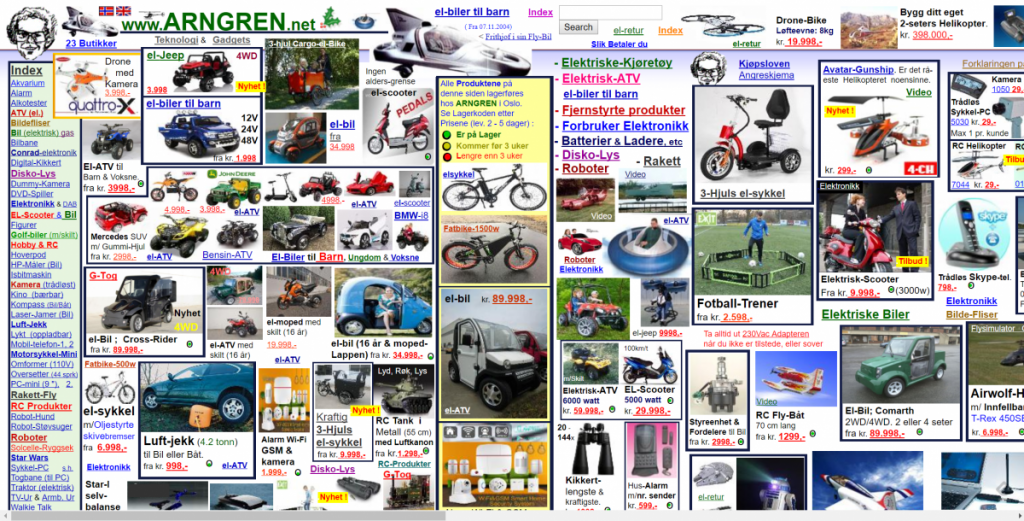 Of course, some designs weren't pretty at all. This one is still alive today, and just as ugly as ever. (Screenshot: Noupe)[/caption]

Those were the days. Now, when I look around the web, I feel like there is a significant number of designers that still follow that approach. Even though web design has turned into a completely different direction in the past twenty years. Then again, it's no surprise that beauty is still an important factor. After all, there are tons of showcases dealing with that type of design. Name a designer that doesn't visit SiteInspire or Httpster, or at least Dribbble every once in a while. [caption id="attachment_102773" align="alignnone" width="1024"]

At httpster, it's All About Beauty. (Screenshot: Noupe)[/caption] The criterion for the inclusion of a design in all of these services is never the goal: "look at how much my client made off that website." It's always all about the beauty, or individual aspects, like a draft's responsiveness. All the tons of template and theme sellers and gifters don't care about anything else. Basically, they don't even care about the looks. Some of them are focused on profit, but that only goes as far as the revenue made off the own theme.

Pretty Above All Else, Or is the Goal More Important After All?

Thus, the actual goal is only a criterion if we make it one. The catch is that we have to start very early if we want the goal to be the primary factor. "Very early" doesn't mean after the third draft, but rather before the first one. Once you think about it, you'll quickly realize that the design will have to subordinate itself to the defined goal. It's not possible to go for any look and hoping that it will meet the defined goal. The first question when designing a new website, or redesigning an old one is: "What is the client trying to achieve with his site?" Does he want to sell the product? Does he want to generate readers? Does he want to gain subscribers? Does he want to inform people about his activities? Does he only want to entertain people? Whatever the goal of the website may be, you have to figure it out. Not only the design itself but also the content depends on what the website is supposed to accomplish. How are you going to write a call to action if you don't know the desired action?

Not All Clients Know Their Own Goals

Surprisingly, you'll encounter customers that will be caught off guard by the question on what the goal is. There are quite a few people that don't think about this. If that's the case, it's imperative that you start that process. This is for your own good as well. Once a project's goals are defined, it is possible to evaluate its success regarding them. This is how to get away from the client's subjective feeling. Who doesn't know this type of client? Even if you have the impression that your client knows exactly what he wants to accomplish, don't rely on that alone. Put your own thoughts into it. Intense thinking has never hurt anybody. This always puts you in the position of an expert that can do more than just put out lovely layouts. Of course, your individual view on the given problem can also lead to aspects that the business economists in the client's business couldn't even spot.

Reaching the Desired Audience is Always One of the Goals

By the way, there's no reason not to use the one goal all websites have in common as the starting point for your deliberations. Every site wants to connect a business with its customers, its audience. What's the most efficient way to create this connection? You'll only be able to answer this question if you know the audience. Have your client describe the structure of his audience. Who's the competition, and how do they approach the situation? The project definition is what comes at the end of the process. What do we do, what do we do it for, and how do we do it? How can we tell if we accomplished the goal? What's success in this context? Of course, the project definition has to be attuned with the client.

Now is the time to start with the design. Here, it is important to base on the gained realization from the target audience analysis in the design. For instance, you may have figured out that the target group exclusively consists of people above sixty. Now, it would not be a bad choice to select an easily legible font with enhanced size. The contrast situation on the website also deserves special attention. You can only react once you know who will visit the website. Only if you reach the targeted audience, the customer will reach his goal. And only then, the project can be called successful.
47
SHARES
ShareTweetLinkedin