Webhosting 2017: The Year of the Public Cloud 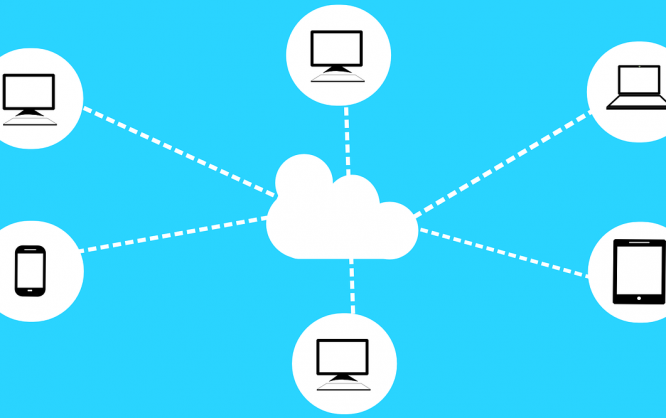 Choosing the appropriate hosting plan, as well as a suitable provider is a difficult task. This is even harder for site owners that cannot already look back at years or decades of experience. The cloud could be some jack of all trades solution.

The Cloud, What's That?

When talking about the "cloud," most of the time, what we mean are services like Dropbox, Google Drive, and Box, to name a few. These services store our data in own structures, defined by the software product behind it. Calendars, task managers, CRM programs, and other apps are being used as cloud-based solutions, some in the form of software-as-a-service (SaaS), more and more often as well. Up to this point, the concept has not been able to establish itself when it comes to the most obvious topic, web hosting. However, this will change rather quickly. The first, at least the first German provider I know of that provides cloud-based web hosting, is called Hostnet, with its "Managed Root Cloud." For the sake of completion, I should mention that, in this cloud, Hostnet does not only allow for the hosting of websites, via WordPress or Typo3, for instance. In fact, you can also use the offer for the hosting of project management software, or other apps for business, and private purposes. The cloud is the cloud. It doesn't care about what you want to provide inside of it.

Cloud: What Does This Mean?

Let's start with the terminologies. What does the term "cloud" even mean? We don't need to discuss the topic from a linguistic standpoint, as that won't get us anywhere. All that we can interpret looking at the term "cloud," is that it's something outside of our own sphere, with a size that is not predefined. Under this aspect, "Shared Hosting," "Dedicated Servers," and the classic "vServers" are no cloud offers. While the devices that provide these offers are outside of our own space, their size is limited from the get-go. You'll always rent clearly defined performance levels, so there's no scalability. Upgrades require you to switch the offer, or even physically update the server. [caption id="attachment_102239" align="alignnone" width="1024"] 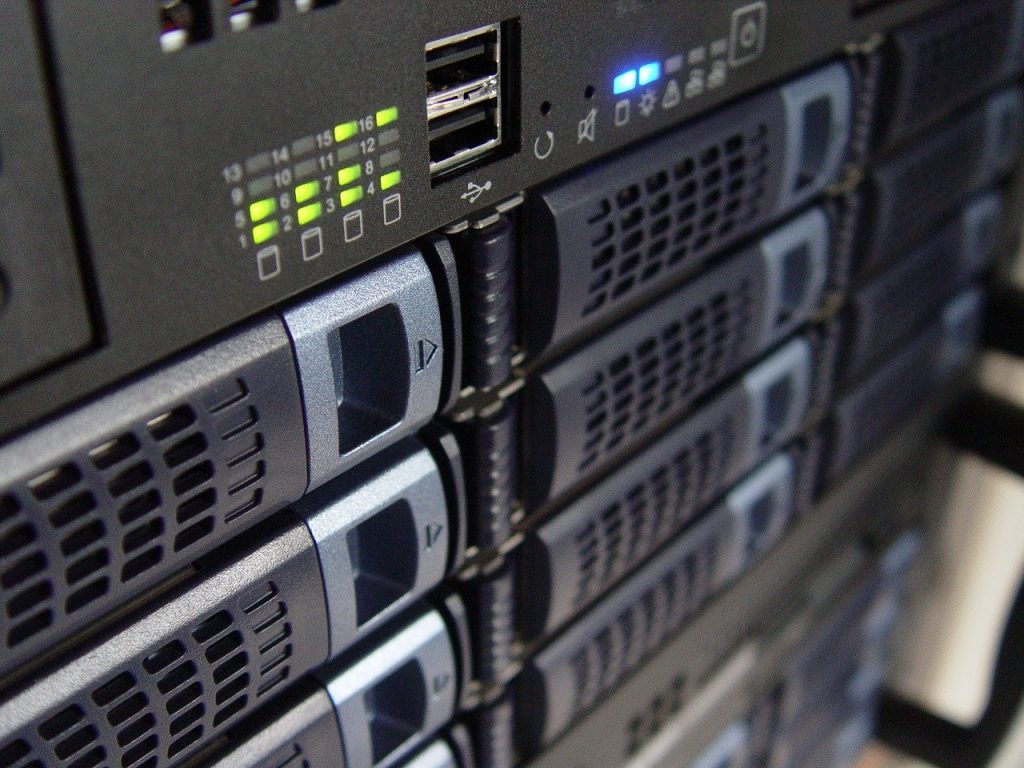 Modern Servers Are Space-Saving. Combined, They Make Up the Cloud. (Photo: Pixabay)[/caption] Whereas the cloud's biggest advantage is, that it can grow completely flexibly, without causing any difficulties when it comes to performance provision. Do you need more processing power? Book more. Do you need more storage, more bandwidth, or whatever? Just book it. Here, it's fascinating that you don't have to continually pay for the additional performance, making you able to react to load demands in flexible ways, which is another thing that separates cloud offers from classic hostings. You expect a massive flood of visitors on day X, as you will be presenting your startup at a larger event that day? Don't go out of your way to change the server, instead, take a cloud hosting with flexible performance data. Your business is the strongest from November to January, as you sell toys? Why should you pay for high capacities for the entire year, just to prevent your server from crashing in the short three winter months? Cloud hosting is much more suitable here. Just book time, or load-dependent capacities. There are tons of examples for the meaningfulness of this approach.

How Does the Cloud Work?

Of course, in the end, the cloud is nothing else but a computer or a group of computers that process, store, or deliver information for you. The way they do it is what makes the difference between them and conventional solutions. [caption id="attachment_102238" align="alignnone" width="1024"] 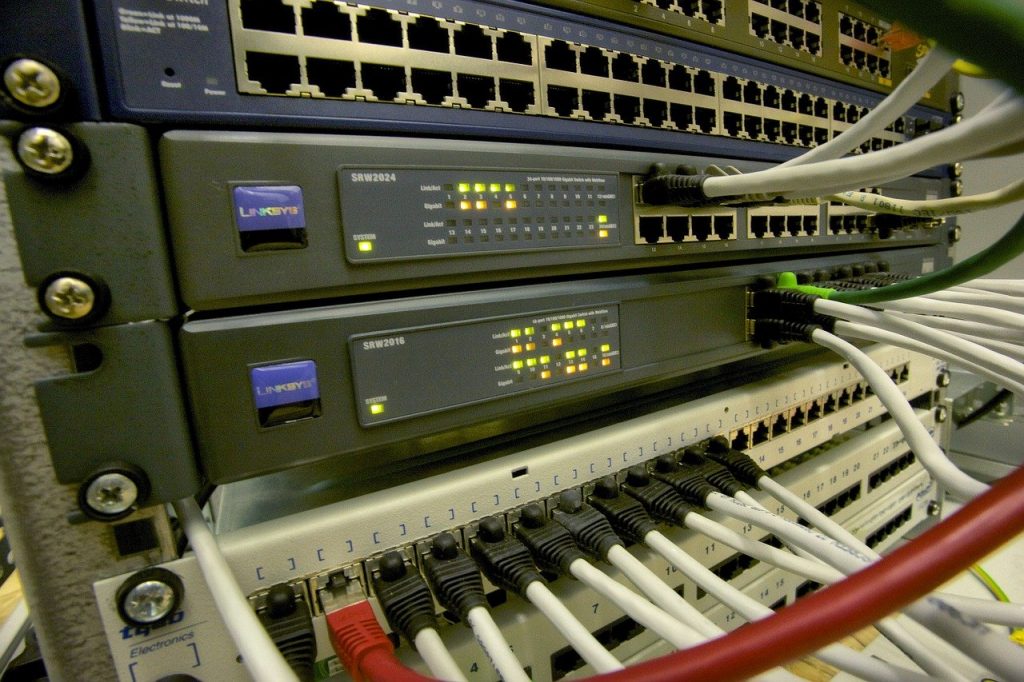 Of Course, In the End, the Cloud is Physical. (Photo: Pixabay)[/caption] When deciding on a cloud offer, you're booking an entirely virtual product. This product provides certain performance characteristics. However, they are not rigid. Theoretically, a cloud offer could scale freely, achieving mainframe performance levels. In reality, however, the individual provider of the cloud solution defines the general framework, as he is the one that has to provide the technology. With the offer mentioned above by Hostnet, the performance "scales" between 200 GB and 1 TB of storage, between two and 16 CPUs, as well as between two and 32 GB of RAM. In fact, there are scenarios, for which these general framework conditions would be restrictive, but the range of specifications should be more than sufficient for web hosting. At its core, the "cloud" is nothing more than software, a virtual machine. Possibly, you're even using this kind of virtual machine yourself, hosting a local web server on your computer, or having a current Linux distribution on your Windows device, for instance. These virtual machines can also be limited to certain performance stats, and allow for a very specific configuration overall. In the world of data centers, the same principle applies, although here, the software can even pool the performance of multiple devices flexibly. With proper planning, this lets you make use of the given infrastructure in the best way possible. [caption id="attachment_102237" align="alignnone" width="1024"] 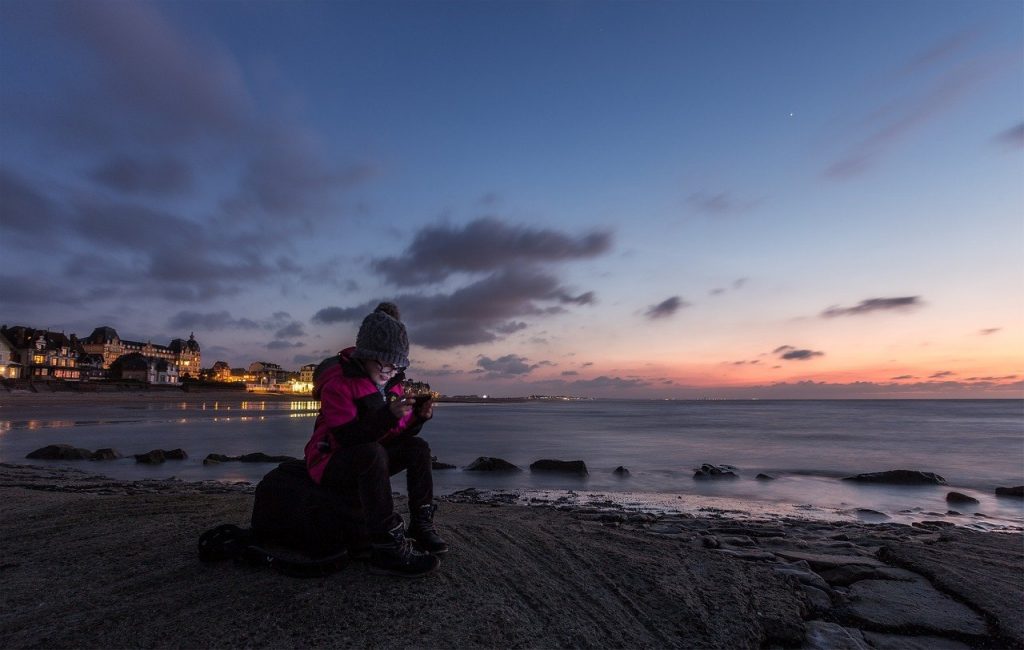 With or Without Clouds, the Cloud Basically Works Everywhere. (Photo: Pixabay)[/caption] In the traditional "shared hosting", the offer where an undefined number of customers is being hosted on one physical server, in the past twenty years, I have seen more than a dozen occasions where projects had to be moved, forcing them to go offline - mostly at night - for one or two hours. Almost always, the reason for that was that too heavy of a load was created on the previous server, so it needed to be reduced by moving a couple of customers to other devices. Thinking about it, it is very easy to realize that this prevents an economically immaculate use of the available resources within a data center. Ultimately, we can say that a cloud offer is the most flexible - up to its own limits -, and most affordable solution for hosting of any kind. Only very big companies, those that actually need their own data centers, have to think about alternatives. This is where the differences between the "Private Cloud," and the "Public Cloud" come into play.

The "Public Cloud" is the cloud that I described in this article. It's the cloud that we use together with others, only renting a piece that we get to scale until it suits us, or until the limits of the cloud provider have been reached.

The "Private Cloud" is identical to the "Public Cloud," except for one important aspect. In this case, the physical devices that are the foundation of the cloud architecture are only available to one company. There are no recourses to third parties. To describe it using old terminology, the "Private Cloud" basically is a "Dedicated Cloud." The "Private Cloud" is a trend that more and more large businesses join in on, trying to optimize their business processes. For the most part, this is done in the form of hybrid usage. Here, some parts are outsourced into the cloud, but others are kept locally, allowing them to benefit from the advantages of both worlds in the most optimal way. Depending on the branch, it can also be a matter of legal compliance that prevents them from completely switching to the cloud.

Is Cloud Hosting the Means of Choice for Every Page Operator?

Cloud hosting will most definitely be the default model of the future. Regarding price, in some countries, it is not yet as interesting to smaller brands and businesses as it could be when looking at the international competition. The old school "Shared Hosting" could fall prey to the trend. However, even in the future, there will still be demand for cheap web space, which is not going to be covered by the new offers. Very recently, the web developer Brad Smith took a look at the international cheap hosts in this article.
57
SHARES
ShareTweetLinkedin

Home » Webhosting 2017: The Year of the Public Cloud