Design: Above The Fold is Dead 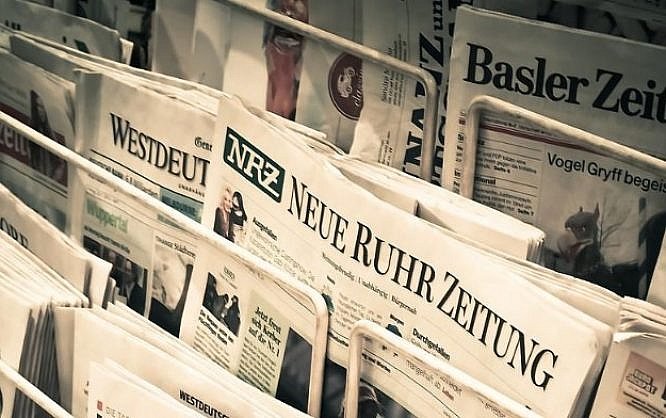 Long gone are the days where every web developer told their customers that all relevant information had to be visible at first sight, also known as "above the fold", as the average web user wouldn't scroll down the page. I can vividly remember the fights this mantra brought with it. Sticking to this concept has always been tough, if not impossible

Above the Fold: Wisdom of the Year Dot

"Above the Fold" is a concept from the early days of information transmission. Even a hundred years ago, the publishers of newspapers made sure to put the most important headline of the day above the fold, which always divided the upper and lower half of the newspaper. The concept seemed so logical, that it established itself in all areas where information was fighting for attention. [caption id="attachment_87428" align="aligncenter" width="640"]

In the past, everything printed on the page not pointing towards the reader was considered less important.[/caption] Ten years ago, websites were also made following this principle wherever possible. This was even backed by the usability pope Jacob Nielsen and his studies. Advertisers used to insist on the placement of their banners above the fold, and some still do today.

Timelines Assert Themselves, Replacing the Concept

Twitter and Facebook brought us the timeline, teaching the users that they won't only find the interesting information above the first scroll motion and that the opposite can actually be the case. Scrolling became normal, resulting in the fold becoming void. Nowadays, UX designers should be able to assume that even sites that make the users scroll won't end up in the nirvana of disregard. On the other hand, we still need to present our content in a way that makes users happy to give us their attention. Thus, it only makes sense that we need to continue to communicate clearly and highly compressed. If compression to the point where only the area above the fold remains is possible, that's even better. Otherwise, we could take advantage of the trend of parallax scrolling. However, we continue to scroll vertically, and not horizontally. Though, we make sure that every scroll motion opens access to new information. The best way to do so is with a page-oriented design. This basically results in slides, presentations, that always deal with different topics, while still being consumable by scrolling one single HTML page. This concept is similar to the popular One-Pagers, without it having to be an actual one-pager.
13
SHARES
ShareTweetLinkedin

Home » Design: Above The Fold is Dead