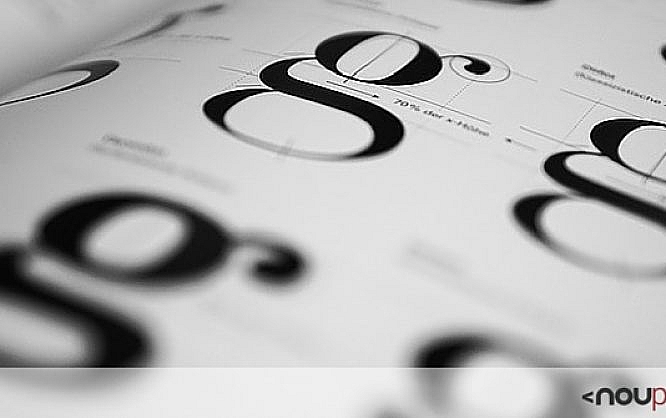 While multiple file formats had to be provided during the early days of web fonts, nowadays, the WOFF format has become the standard and is supported by all modern browsers. Older formats like the EOT format are only needed when you want to support Internet Explorer before version 9. After the WOFF format became the official standard in 2012, there's lately been an upgrade called WOFF 2.0, which comes with improved compression, and thus creates smaller files. 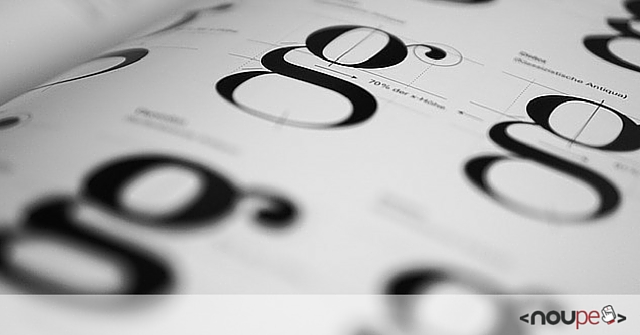 Files Up to 50 Percent Smaller

"Brotli" is the name of the new compression standard used in WOFF 2.0. It replaces the LZMA compression which was used before. The "Brotli" algorithm was developed by Google and promises a file reduction of up to 50 percent in comparison to WOFF 1.0. In practice, this value probably won't be achieved. However, cuts of up to 30 percent are realistic. The font provider MyFonts, which has tons of web fonts in store, states that their fonts have an average size reduction of 30 percent in comparison to WOFF 1.0. The "Proxima Nova Bold" is named as an example. In the WOFF 1.0 format, it had a file size of 60 kilobytes. In the new WOFF 2.0 format, it was reduced to 44 kilobytes. That equals a reduction success of 27 percent. 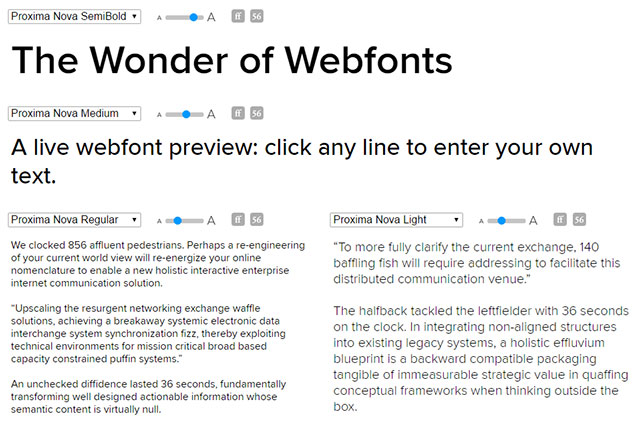 Although WOFF 2.0 is not an official W3C standard yet, the first font providers already offer their web fonts in the new format. For example, WOFF 2.0 is one of the supported web font formats at MyFonts. Those that already purchased web fonts at MyFonts can now download them in the new WOFF 2.0 format as well. Its competitor Linotype also offers its fonts in the new format. Here, previous customers will also receive the WOFF 2.0 fonts without any additional costs. 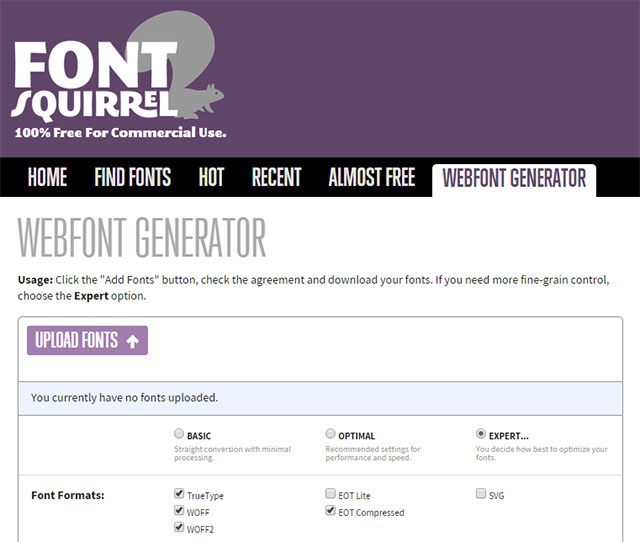 Font Squirrel's Web Font Generator WOFF 2.0 also asserts itself step by step in the sector of free web fonts. For instance, it's possible to create fonts in WOFF 2.0 format using Font Squirrel's web font generator. Google also provides its web fonts in the new format. Other providers are sure to follow as soon as WOFF 2.0 is the official standard, and the browser support is broader.

At the moment, the WOFF 2.0 format is supported by Chrome version 41 and above, Opera starting at version 27, Firefox, starting at version 45 and recent Android browsers as well as Microsoft Edge from version 14 on. IE, Safari, and iOS Safari, as well as Opera Mini, don't support the standard. As CSS allows you to embed multiple web font formats, you can definitely insert WOFF 2.0 already. When doing so, you should still consider adding WOFF 1.0 fonts, due to the currently limited browser support. The example shows how to integrate both WOFF and WOFF 2.0 web fonts into a stylesheet via "@font-face" rule. Make sure to embed the WOFF2 before the WOFF1. Otherwise, WOFF2 will not be loaded.

Although internet connections become increasingly faster, it is still just as important as ever to keep websites small, mainly to reduce the data transfer as much as possible when it comes to mobile surfing. Thus, the substantial compression of the new web font format is enough reason to switch to WOFF 2.0. Due to available fallbacks, no browser will be excluded. (dpe)
56
SHARES
ShareTweetLinkedin