Design Critique: Avoid the Sandtraps, and Use the Instrument Efficiently 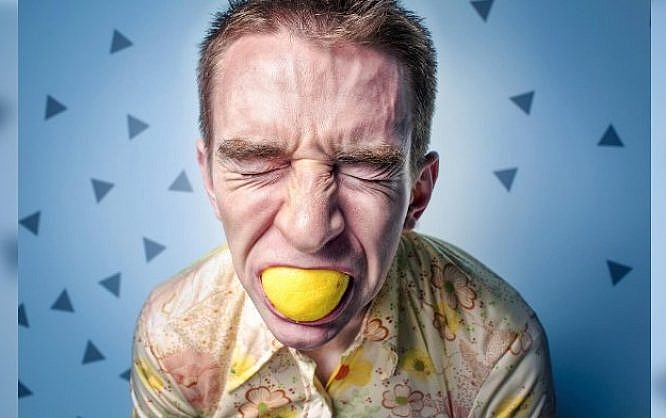 Now if that word didn't sound so negative. From a purely phonetic point of view, design critique sounds devastating. In the following article, we'll bravely move past details like that, and find the pearls hidden within the oyster.

Some people get dizzy just from hearing the word "critique". Though properly executed, design critique is beneficial to everyone involved. Thus, we want to take an in-depth look at it. But before we make one of the very common mistakes made during the process of design critique, we should explain what this word means, or how we will define it in this article: We consider design critique to be a structured feedback process meant to evaluate and, if necessary, improve a design regarding different factors. So, design critique is not the thing your boss or client likes to hit you within an email. That's critique as well, but, most of the time, it's not very helpful. [caption id="attachment_104544" align="aligncenter" width="1024"] 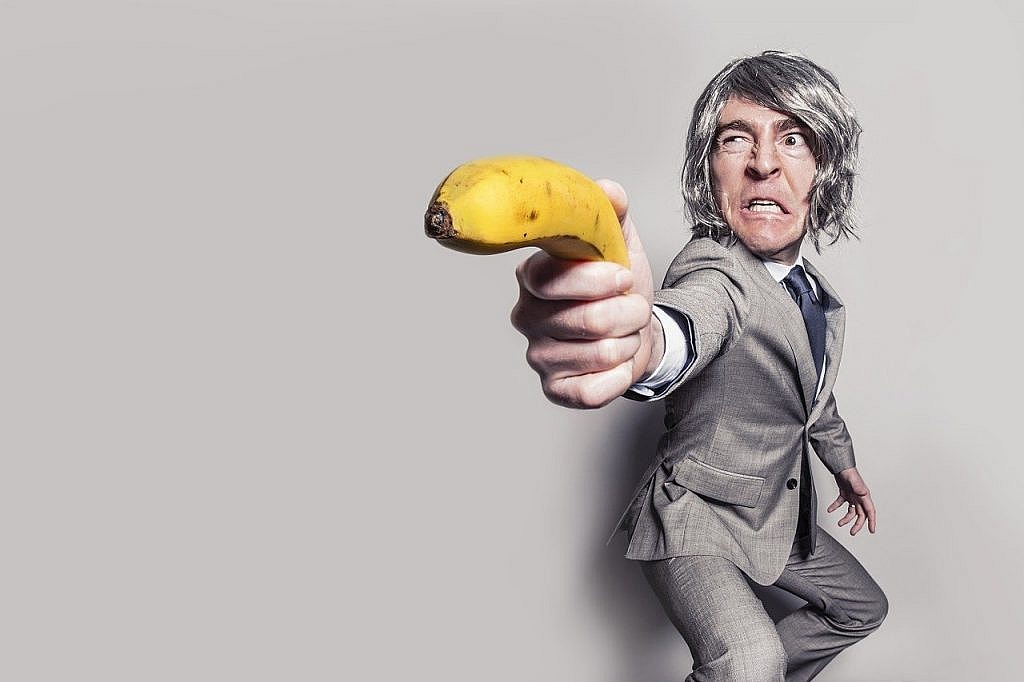 Design critique is not a disciplinary action of the executive office. (Photo: Pixabay)[/caption]

The Four Ingredients of a Useful Design Review

Let's emphasize that design critique is a structured feedback process. As such, it first needs a structure in order for you to get proper feedback.

One thing in advance, and very clearly: design critique is not a cracker-barrel group trying to destroy an argument with the most intelligent and striking arguments. Design critique always has to be designer-induced. It is not some kind of disciplinary action in disguise and not an intelligence competition among colleagues. Thus, the responsible designer is the leading head of the design review. So, if we subject us and our design to a design review, we're the ones in control. Of course, this doesn't work without preparation. If we expect useful support from a design review, we shouldn't leave the topic too open. If we make this common mistake, we can't be surprised if general palaver doesn't result in any legitimate guidelines for action. This is not even surprising, as, without any specification, everyone will approach the topic with their own inner specifications and assumptions, which rarely leads to results that allow for a consensus. So, we always enter a design review with specific questions. We introduce our design in-depth and explain each design decision with profound reasoning. While preparing, we'll surely find some points where we're not sure if our previous design decision was the right one.

#2: The Composition of the Team

Ideally, we define a small group of three to seven people that we want to involve in the design review. Generally, these people could have different backgrounds, like client services, marketing, or other sections. The exact composition of the team depends on the stage the design is at, and which kind of feedback we expect. [caption id="attachment_104542" align="aligncenter" width="1024"] 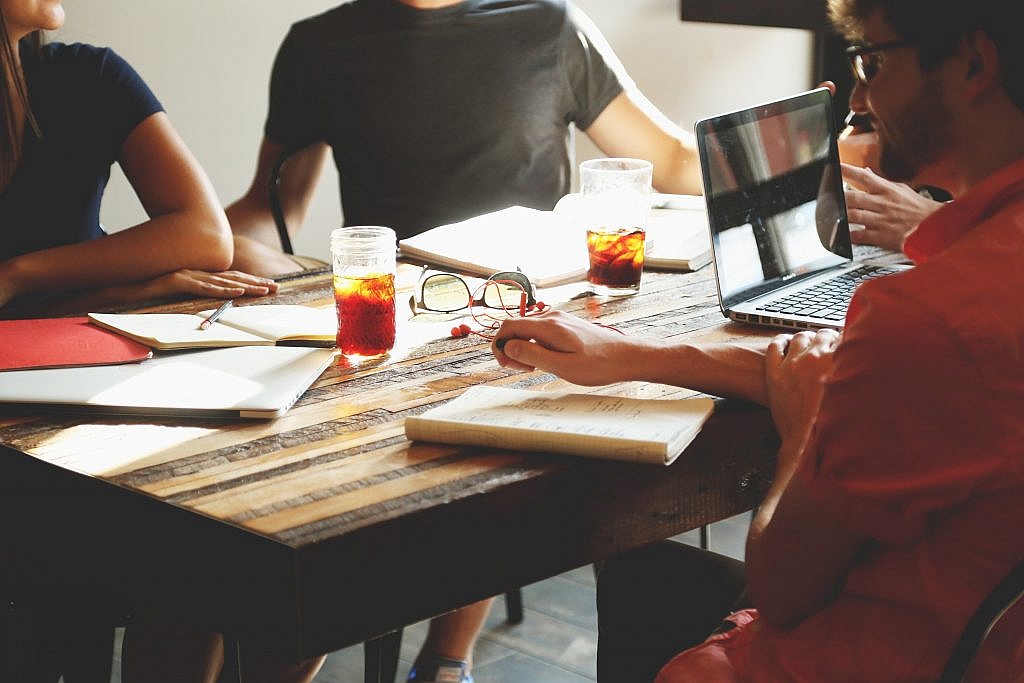 Design critique: few people, but they're experts. (Photo: StartupStockPhotos)[/caption] When it comes to the details of user guidance in some design areas, a small group of experts with the same, or a similar background is recommendable. This is not about matters of taste or brand perception, but technological detail questions that only experts should be dealing with. When it comes to the design as a whole, including the client or the marketing can make sense. After all, they have to support the design in the end, maybe even use it, but definitely identify with it. In general, we can say that design critique should never be the spontaneous result of a group of people that met randomly. If you consider design critique a constant task with multiple sittings until completion, it makes sense to keep the same team throughout the process.

We focus the conversation on the questions resulting from our preparation and request feedback. However, it is inevitable that the explanation of the made design decisions results in additional questions from the other participants. These questions are only dealt with once the primary feedback that we requested has been taken care of. The conversation should be moderated if possible, although we, being the responsible designer, should always have the speaking priority. This way, avoid the common problem that "everything has been said, but not everyone has said it yet". As the designer needs to participate in the process so heavily, it could make sense to have some kind of recorder that can show you a result protocol in the end. This also gives us a to-do list that was basically made in cooperation with the other participants. [caption id="attachment_104543" align="aligncenter" width="1024"] 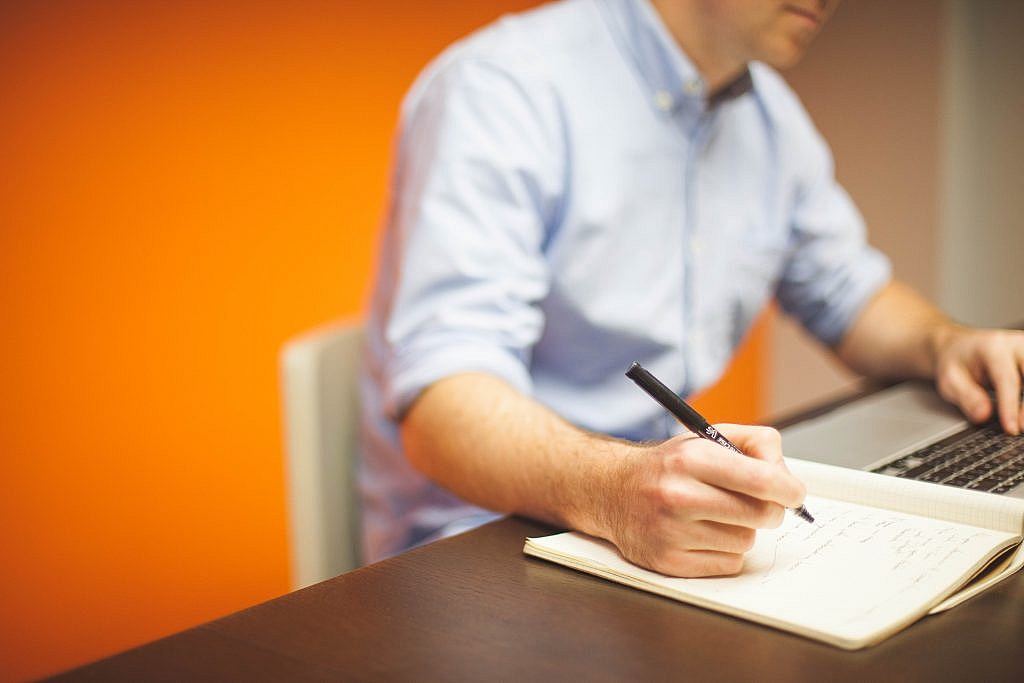 Design critique: a result protocol is recommendable. (Photo: StartupStockPhotos)[/caption] The course of the conversation should be as democratic as possible. Every participant, aside from the designer, has the same right of speech. Judgmental statements should be omitted, minimizing the risk of leaving the factual level, and moving to the emotional or ideological level. This risk should be kept in mind when composing the group. People that aren't capable of factual discussions due to their personality, should be left out. Unfortunately, this doesn't work when the troublemaker is the boss.

David de Léon, design lead at Inuse, uses a very fine-tuned set of questions for the design reviews in his agency. This way, he wants to make sure that the process is standardized and no important aspects are forgotten. He published this set of questions on Medium. [caption id="attachment_104545" align="aligncenter" width="1024"] 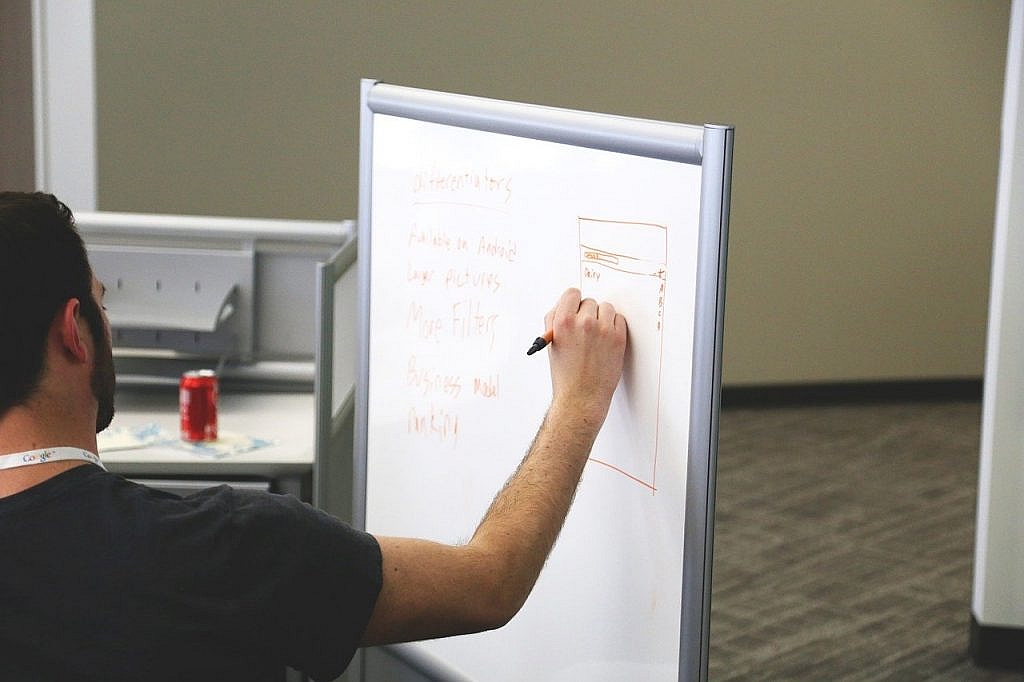 Design critique: when the good old flipchart makes sense, we use it. (Photo: Pixabay)[/caption] Although I think this catalog is a bit too detailed, as it contains 52 questions, it can still be a good pool of ideas for our own design review. We could borrow ten to twenty of its questions, giving us a good guideline for our conversation that allows for structured feedback. In my opinion, the most interesting questions are the following: The mentioned Medium post contains more questions, which can be compiled in different ways depending on the requirements, group composition, and the goal. Richard Rio Omolo of Booking.com drafts the design review process of the travel website on Medium. He adds the aspect of the Socratic dialogue and states that statements should not be opinion-driven, in order to keep the border between factual and emotional critique.

If we don't have the option to acquire a group of experts for the design review and have to validate our designs from within our freelancer office, the basic rules still apply. However, I definitely recommend using a dedicated question catalog with very specific questions. We can then send out this catalog to experts from our professional network via email, turning them into our virtual design review team. If we're willing to give feedback ourselves, we can quickly establish a valid solution. Conclusion: Design critique is an important element for the improvement of our work results. We can already maximize the product quality before the actual live tests, so many errors have been taken care of before the first user could find them. All we need to do is drop the uncomfortable feeling of being criticized, and recognize the constructive element of the process. Read More:
10
SHARES
ShareTweetLinkedin

Home » Design Critique: Avoid the Sandtraps, and Use the Instrument Efficiently