Design Tips You Can Use to Embrace Minimalist Marketing Design 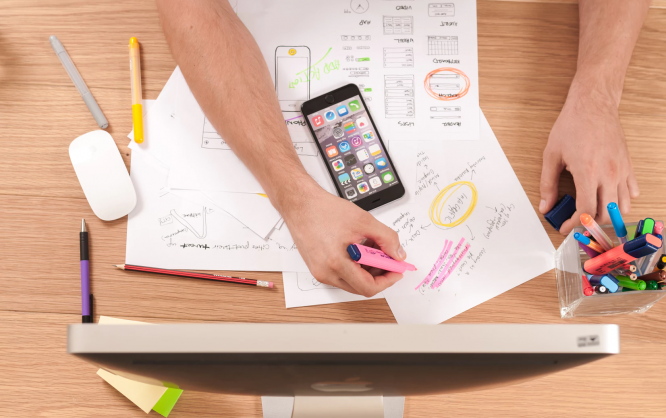 As a marketer operating in the digital era, it's important for you to acknowledge that you're not only competing with other businesses operating in your industry for the attention of your target audience members.

You also have smartphones to worry about. 4K television sets. Video game consoles. Streaming music services. The list goes on and on.

In an effort to make the strongest possible impression in the shortest amount of time, many marketers have begun to embrace the concept at the heart of minimalism with open arms. Instead of hitting someone with anything and everything you can think of, you instead pare your collateral back to only those few essential elements.

However, success with minimalism is about more than just scaling back your font selections and leveraging tons of white space to your advantage. The ads may look simple, but the designs themselves are often the result of a lot more thought and strategy than people realize. If you truly want to use minimalism to its maximum effect, there are a few key things to keep in mind.

You Can't Hone Your Design Without First Honing Your Message

One of the biggest mistakes that marketers often make when discussing minimalist designs has to do with assuming that it's possible for everything to take this straightforward, sophisticated approach. A lot of this is probably because the companies that do minimalism incredibly well - like Apple, for example - make it look very, very easy.

It's not. It is in your own best interests to stop assuming that to be the case as soon as you can.

This is why it's so important to use a service like Respona to help come up with topic ideas and to perform other research before you start up the Infographic maker and get to work. If the message you're trying to communicate is naturally complicated and "broad," cramming it into a minimalist box isn't going to do anybody any good. It's going to do the message itself a grave disservice and it's going to make your brand seem like it doesn't actually have anything to say.

If you were trying to design collateral devote to one of your products and that product had 10 key features, you wouldn't want to make one add that talked about all ten. In the best case scenario, you would start with ten unique ads that all focus on one feature. That way, you're still saying something important - but each ad can also embrace that minimalism style that you've decided is so important.

Paring Everything Back to the Bare Essentials

Next, you need to understand one of the most important ideas at the heart of minimalist design in the first place: the fewer items you have on screen, the more emphasis is placed on the ones that are actually there.

The concept at the heart of the minimalist design is that you're taking a single idea and are essentially underlining it by removing any and all distractions that may be present. So if you were using a timeline maker, resist the urge to include too many "ideas" on the timeline itself. Instead of 15, strip everything back to five. Yes, you're technically including less information - but each of the five will have a greater emphasis placed on them than if they were competing for someone's attention with 10 other data points.

Finally, understand that minimalist marketing design is every bit as much an art as it is a science. You could design a visually attractive ad with the bare minimum amount of information and it can STILL fail to make an impact with your audience if that isn't actually what they were looking for in the first place.

Minimalism is probably something you're going to have to practice, because again - it's significantly more difficult than it looks. As is true with so many other pieces of collateral, you still need to be incredibly strategic about WHAT you choose to include and WHY. But provided that you keep tips like these in mind, you'll be left with materials that make an immediate and long-lasting impression on all who view them - thus improving their experience with your brand moving forward.

Payman Taei is the founder of Visme, an easy-to-use online tool to create engaging presentations, infographics, and other forms of visual content. He is also the founder of HindSite Interactive, an award-winning Maryland digital agency specializing in website design, user experience and web app development.

Home » Design Tips You Can Use to Embrace Minimalist Marketing Design