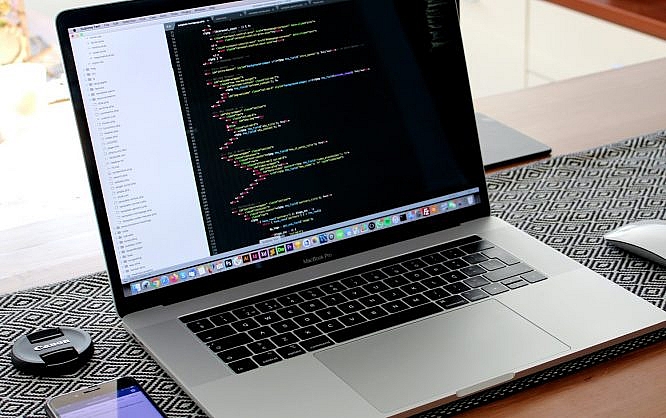 In contrast to all the possibilities of the online Internet, the Internet of Things (IoT) is a material concept. In other words, it is something that we can touch, pick up, and move around, but it possesses digital intelligence and is designed to help us all.

It's amazing how much effort is put into IoT software development so that it, in turn, could make our lives easier. This is something of a paradox.

The phenomenon is represented by many different kinds of things, from smartwatches and teapots that help us in everyday life, to automobiles and giant industrial machinery. Their task is to minimize or eliminate human interaction in the process of exchanging data between things and the Internet. Thanks to the Internet of Things, humanity can use freed-up time more productively.

What is the Internet of Things Now

The Internet of Things works like this: an item contains a sensor or software that receives information, then transmits it to a server for the purpose of exchanging data over the Internet. Because the gadget is constantly interacting with the network and other gadgets, there are still certain rules that must be adhered to.

Take care of the interface

All users have an increasing number of connected gadgets, including the Internet of Things. It is difficult for them to interact if the patterns on all of the devices don't belong to the same interface. The critical point is to implement an adaptive design for as many browsers, operating systems, and devices as possible.

Note that the techniques now being used to make the web experience easier for people with disabilities are also going to make content accessible to artificial intelligence, personal assistants, and other voice technologies. Using WAI-ARIA and other technologies at the very beginning of the project will result in fewer edits you will need to make in the future. These techniques are extremely helpful for people with disabilities, plus it's good practice.

As in any other consumer field, Internet of Things users prefer low cost and high efficiency. Practice shows that it is better to use low-code languages to operate the devices because of hardware limitations. Devs should be mindful about the practice of complex languages, where one improves the efficiency of the other.

Globally, the speed and performance of the Internet of Things depend on the wireless network. Every year users consume increasingly more mobile and wi-fi traffic. In this case, mobile networks must take care of higher throughput and device response speed. 5G in this regard has certainly won the battle against 4G, and wi-fi 6 is one of the best among wireless fidelity.

In the future, the Internet of Things will generate even more amounts of data, which, in addition, have different characteristics from those of the traditional communication model (audio, video data), which makes it necessary to seriously consider upgrading the already existing communication, processing and storage systems. The transfer of data from the Internet of Things devices to the server must be affected not only by the quality of the connection but also by such parameters as the energy dependence of Things, special routing protocols, and information compression methods. The presence of these features brings new intermediate stages for data processing.

The biggest drawback of the Internet of Things is the flawed security of both the gadgets themselves and the information about their owners. When integrating security into IoT software development solutions, one should think about audio and video recognition or authentication. Thank God we have already had examples such as fingerprint authentication or facial recognition. Based on the shortcomings of these features developers have every chance to improve them.

The testing process is very important. The testers use special simulators, which can imitate the functioning of network hubs and IoT devices. As a result, the cost of the equipment can be reduced.

The current types of testing for the IoT are as follows:

However, the classic approach to testing network devices and active network equipment can no longer be used to test the Internet of Things. The question of such testing is still open. By applying an insufficient testing strategy, companies risk having problems with their business applications.

Conclusions About the Future Web Development of the IoT

If we compare the development of the Internet of Things, it is already a lot more complex and requires more integration and interaction than the web development we are used to.

Developers have to be careful about selecting software engineers who can efficiently handle this huge amount of data, interactive interfaces, as well as the security of users and their data. The Internet of Things gadgets have a bit of a security gap at the moment.

Web devs have to pay a lot of attention to certain key areas. Pages need to adapt and remain readable on very small displays. New rules and standards for the display of text will be created.

Moreover, we should not forget about the screens that display the Internet. Such devices are already tablets, smartphones, voice assistants, smart TV, smartwatches, etc., but we are sure that progress is not going to stop at this point.

The first things that come to mind are smart car panels, smart mirrors, smart windows, or even smart glasses. When it comes to displays, developers need to be one step ahead and consider all the features of the new shape or color range of such displays.

Louis Sawyer is a professional writer, editor and a web design expert. She loves writing about technology trends, web development, mobile games and business issues. Also, Louis works as a proofreader at Computools.