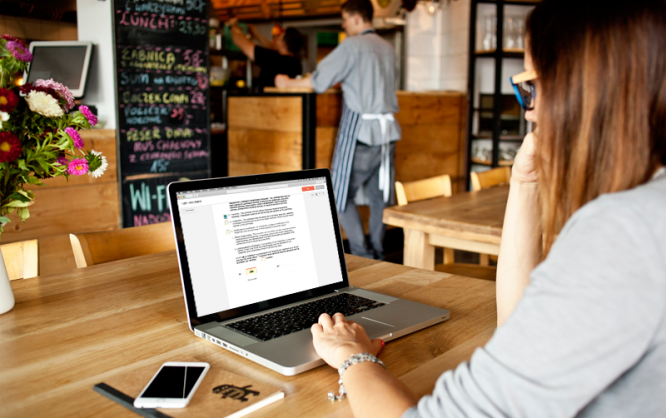 Forms, contracts, declarations, receipt acknowledgments, registrations - all of these require signatures. However, in a global economy, spatial proximity, that used to be a self-explanatory component of signings in the past, is often hard or impossible to create. We need alternatives.

Especially with contracts, it is impossible to avoid owning signed copies on both ends of the deal. In many cases, this is a legal necessity. But even where not, it's always a matter of provability. If you have something in black on white you are safe to carry it home. When selling a digital product, it's not really practical to visit the client for the signing, or vice versa. The mailing route is not the means of choice either, even though it's reliable. Only downside is, it takes too long. Sending PDFs via mail, followed by printing it, placing the signature, scanning it again, and sending it back may be faster, but it's inconvenient, and not as legal as a procedure that meets the EU guidelines. The entire traffic between platform and participants is handled by Eversign using 256-bit-SSL-encryption. A dedicated signature platform such as Jotform Sign also has the advantage that the procedure is running within a program specifically designed towards that process. Platforms for the handling of digital signatures provide elaborate tools, not only for the creation of the material, but also for the management of the signers, as well as the actual execution of the process. Overall, this is a lot more comfortable than working with a printer, pen, and scanner.

Eversign from Austria is a platform that makes electronic signing exceptionally simple. Not only does Eversign stick to the EU guideline eiDAS, it also follows the US-American equivalent. Processes with this level of compliance are regarded legally secure worldwide. This lets you use Eversign all around the world, providing international legal certainty, and protection.

Critics like to say that something like this was completely unnecessary, as, at least in some countries, there was the principle of contract freedom, which means that contracts can be made in any way you want to. A handshake, or a scribbled note on a piece of toilet paper can be all it takes. As long as the will of both contract parties was expressed. While this is true, it has always been the turnover guarantor for lawyers. When in doubt, the declarations of intention have to be proven in court. A verbal agreement with a handshake is usually the worst option, as long as there were not a bunch of witnesses around that are willing to testify. Even a signature is often disputed. The alleged signer simply denies that the signature was his. If that was a plan of his, he made sure that the signature he signed with was only slightly similar to his actual one. In case of doubt, this has to be resolved by experts, who are not infallible either. Sure, in the case of a mutual process you don't need proof, witnesses, or technological solutions. However, when going through life like this, you're sure to fall at one point. Thus, everyone should be interested in a clean documentation of what they have signed, or had someone else sign.

Eversign is a solution that deals with the process as a whole. If you're an entrepreneur that deals with contracts a lot, you'll mostly close the same deals over and over. For that, Eversign lets you create contract templates that you get to customize and rewrite whenever you want to. Uploading existing documents as PDF is planned for as well. You don't need to reinvent the wheel. [caption id="attachment_102224" align="alignnone" width="1024"] 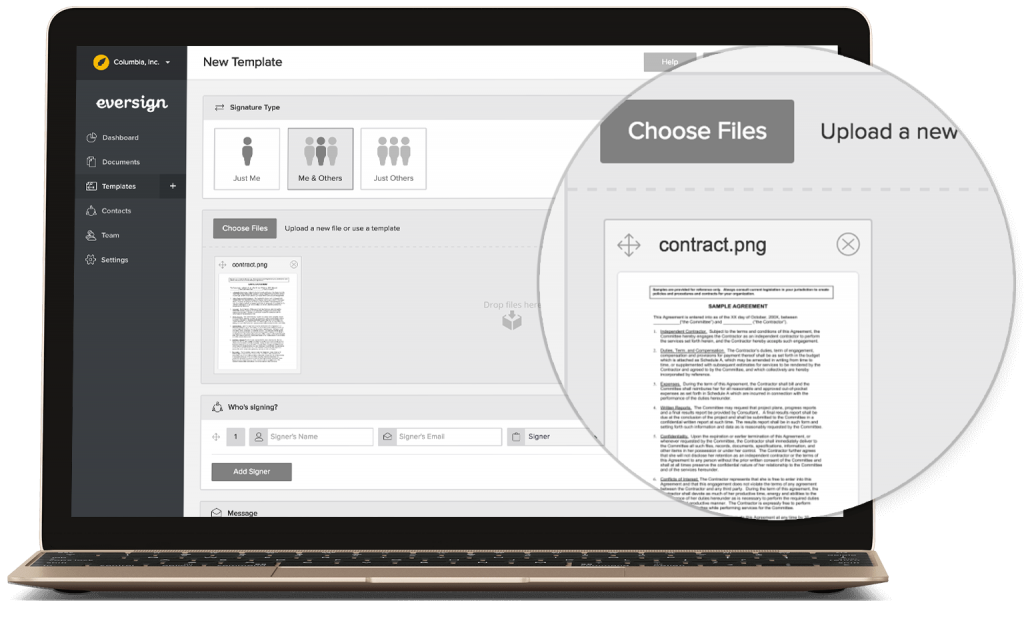 Different Contract Templates Make the Conclusion Easier. (Image Source: Eversign)[/caption] It doesn't matter if you create the documents using the comfortable Eversign editor, or upload your PDF templates. The preparation of signatures is identical in both cases. To do so, place signature fields in your document's respective areas. Later on, that's where you'll find the signatures. In addition to the purely electronic signature, the system also supports touchscreen signatures on common devices, like the iPad or the iPhone. This type of signature is classic for all types of contracts made over the counter, like memberships in fitness or sports centers, or some insurance contracts - i.e. all agreements where the customer is present to sign personally. [caption id="attachment_102227" align="alignnone" width="1024"] 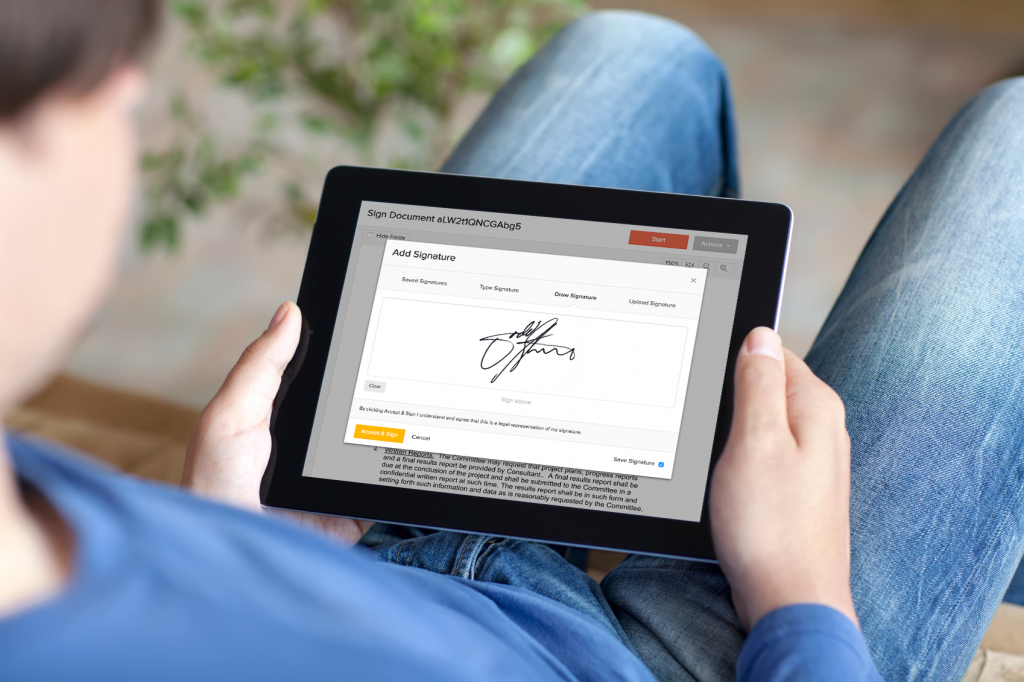 Modern Touchscreen Devices Are Supported. (Image Source: Eversign)[/caption] In the case of contracts being concluded across city and country borders, or other spatial divides, Eversign allows for the reliable obtaining of written accordances. Here, the system is able to pay attention to any official channels, or hierarchical signature orders, only presenting the documents to the next signer after the person that had to sign in beforehand did it. To do that, the system creates a detailed audit trail. This means, that every change made to the document is being logged, and added to the data set as a history. This allows you to determine who did something to the document, as well as when they did it. Since Eversign is fully responsive, the service can be used on both mobile, and desktop devices without any restrictions. It's even possible to send out a contract on the go. However, it is probably more common that potential signers will sign on mobile devices. [caption id="attachment_102226" align="alignnone" width="1024"] 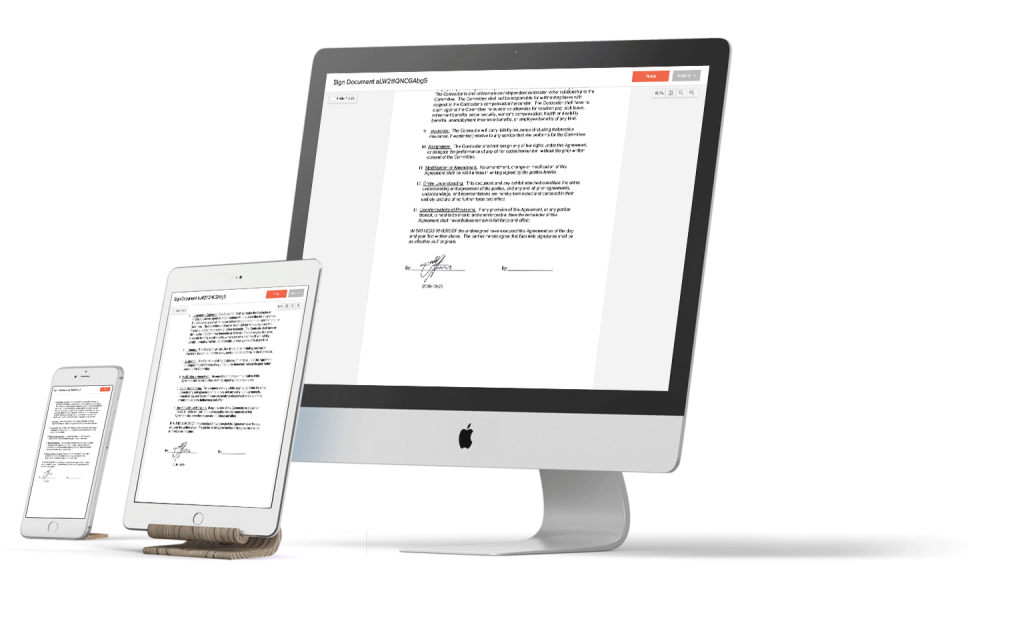 With Its Responsive Design, Eversign Supports All Types of Devices. (Image Source: Eversign)[/caption] To do so, the signers don't even need an Eversign account. They simply receive a link that takes them straight to the document. Here, they can just go through the signing process or refuse to sign.

All documents are stored in the Eversign cloud. If you don't want that, create expiration dates on which the documents will be deleted. Downloading the signed documents as PDF is possible at all times. Eversign is also working on the integration of different cloud storages, such as Dropbox, Box, and Google Drive. Eversign scales according to your needs. If you're a freelancer that wants to handle his design contracts using Eversign, you're just as suitable as the business that goes on the hunt for customers with tons of teams, and different products. It's all a matter of requirements. When working with teams, for instance, they get to manage their respective contract pools, keeping a clear overall portfolio. [caption id="attachment_102225" align="alignnone" width="1024"] 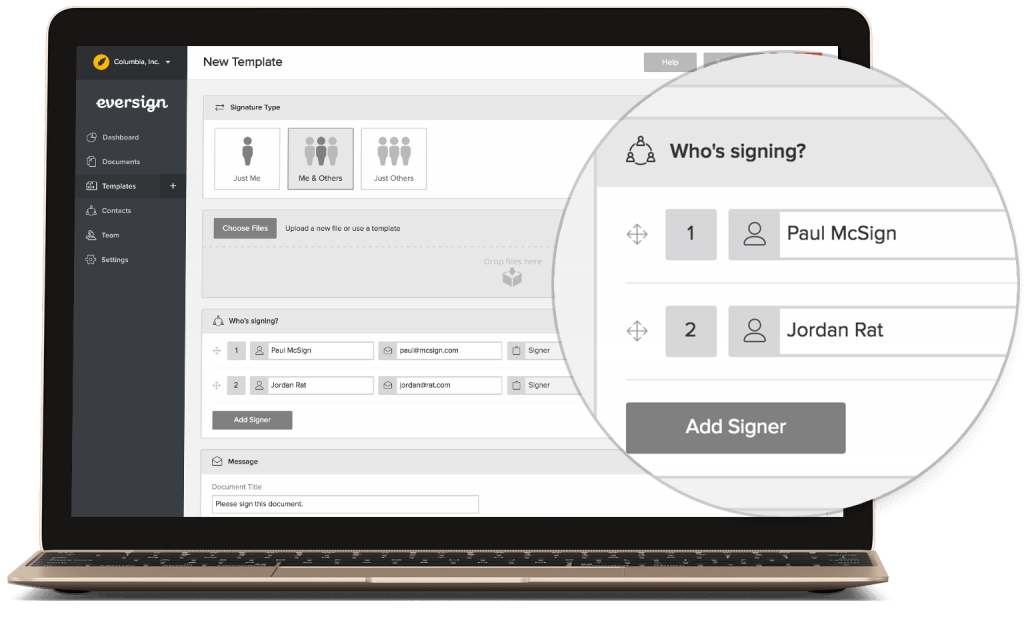 An Infinite Number of Signers Can be Defined. (Image Source: Eversign)[/caption] In order to be able to make use of Eversign's full featureset, access the very detailed help center, where you'll find answers to all questions regarding the service.

If you want to get to know Eversign first, you'll be happy to hear that there is a free lite plan. It's restricted to five documents a month, and only allows for one user. You cannot use templates. For the design freelancer, however, this tariff could already be fully sufficient. Most lone wolves don't conclude more than five contracts a month, and you probably won't make a contract for a simple logo. If you need more, you'll step into a price range between 9.99 and 79.99 USD a month. In return, you get expanded functionalities, like personal signing, or the integration of third-party providers, as well as the usage of different numbers of templates, or the previously described team function. If the predefined packages are not sufficient, the operators of Eversign will be happy to create a custom offer for you.

Services like Eversign will become a lot more relevant in the future. Business deals are becoming less and less personal, but more and more global. Provability is tendentially decreasing, as, outside of the actual contract papers, there's no more context that could be consulted. Thus, there's no safe alternative to Eversign and Co. If you're working with contracts, you should start to move with the times right now, and digitalize the process. At one point, you'll have to do it either way and making administration efforts less paper-heavy has never been a bad thing. So, go take a look at Eversign's capabilities for yourself, and create an account. Except for a valid email address, you don't have to disclose any information to start, and you don't need to select a payment method either. I'm sure you know a lot more complicated service providers, right? Additional Reading: Top 6 Open Source Digital Signature Software | 2019 How to add a signature to a PDF
32
SHARES
ShareTweetLinkedin