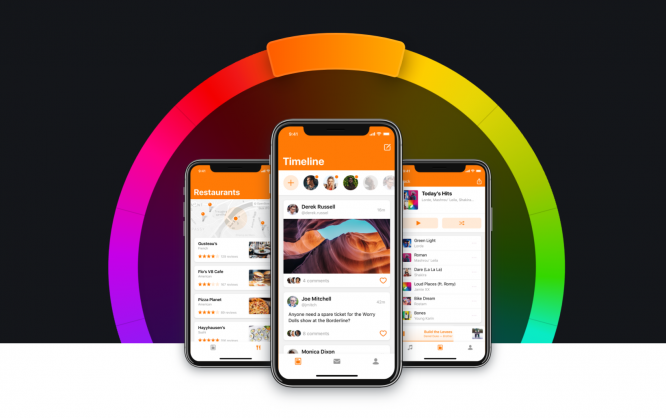 A free UI kit with elements for the modern user interface is a good thing as it is. Elements for Sketch is current and extensive on top of that.

Sketch, the Whizkid of Illustrator Rivals

Sketch is, without a doubt, one of the most popular graphics solutions for UI designers. Although the app is available for macOS only, it can unite a respectable amount of users. Bohemian Coding, the developers behind the Sketch app, is one of the software companies that Adobe has to include in their evening prayers, ever since their decision to turn the Creative Cloud into a subscription model. It is highly likely that, without this (wrong) decision, Bohemian would have never taken over such a large share of the market. The fact that Sketch is now being distributed in some subscription model itself does not change anything. The detail differences are very significant, though. After canceling your CC subscription, you're left with nothing but your files, while scrapping the Sketch annual subscription at least leaves you with the program in the most recent version before cancelation. Thus, you can keep using your outdated version for as long as you want to, unless macOS thwarts your plans. [caption id="attachment_103648" align="aligncenter" width="1024"]

Excerpt of Elements. (Screenshot: Noupe)[/caption] On top of that, a Sketch subscription costs 99 USD a year, while a single subscription to Adobe Illustrator, for example, would already cost you about 24 Euro a month (!). As a result, the Illustrator has an annual price tag of about 290 Euro, while Sketch is approximately 104 Euro a year (in Germany). Clever readers may say that I had compared Illustrator to Sketch, although a comparison to Adobe XD would be more appropriate. I don't agree, but let's look at the prices nonetheless. As an individual subscription, Adobe XD costs 12 Euro a month, adding up to 144 Euro a year. This is still about 40 percent more than Sketch, although the comparison is lacking as it is. Sketch covers the entire design process, ranging from the prototyping to the finished product, while Adobe XD's strengths are exclusively located in the prototyping. The tool is out of the question for the production assets.

If you own a Mac and are not stuck in Adobe's CC world because of Photoshop and InDesign, I highly recommend taking a peek at Bohemian. From my impression, the community over there is more professional as well. Or, let's word that differently, the entire Sketch community consists of professionals, while the Adobe community is watered down by hundred thousands of amateurs. The Sketch community provides tons of templates and other design helpers, able to accelerate your workflow while being of professional quality. Recently, Bohemian made an extensive UI kit available for iOS designers. [caption id="attachment_103647" align="aligncenter" width="1024"]

More Examples Of Elements. (Screenshot: Noupe)[/caption] The 21 MB large package called Elements comes with a contemporary look, manifested in five different themes, 35 templates, 45 icons, and 175 other symbols. The themes cover the popular topics food, social media, music, photography, and travel. However, your creativity is not limited in any way. Elements is available for free download here. To download it, you don't need to share any information about you. Just click the download button on the right of the browser window, and the download starts right away. The linked page also allows you to look at a detailed preview of each individual element. The UI kit comes with a single Sketch file and was structured carefully. All components have self-explaining names and are fully editable. If you want to create contemporary designs for the current iOS, and use Sketch as it is, Elements is a must-have for your toolbox.
36
SHARES
ShareTweetLinkedin