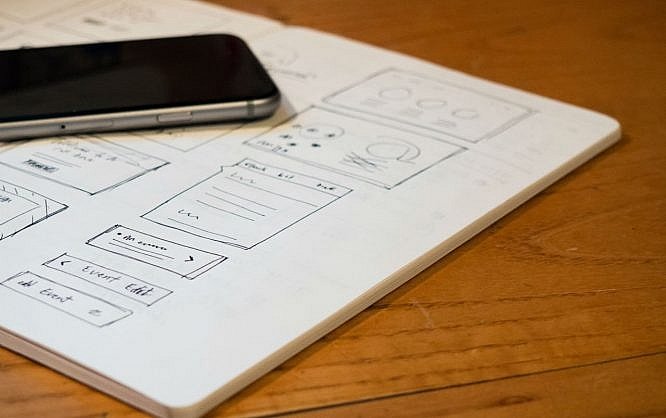 You love Sketch, just got the hang of Adobe XD, or pay for Framer already? InVision Studio could still win you over. InVision Studio is a tool for rapid prototyping and the creation of production-ready assets alike. This puts it on one level with the favorite weapons from the houses of Bohemian Software, or Adobe, while also challenging the newcomer Framer. [caption id="attachment_85274" align="alignnone" width="1024"]

InVision Studio: Landing Page[/caption] After their recent MAX conference, Adobe has completed the beta stage and released the version 1.0 of their tool XD, which basically means that previous beta testers don't get to use it without a CC subscription, as it is not free anymore. By now, Sketch also costs 99 USD a year, and Framer starts at 144 USD per year. InVision Studio, on the other hand, will come in at the most radical price possible, a flat zero. InVision wants to distribute the tool for free, and rely on the existing, paid InVision service for sharing and commenting options. The pure software with all of its features doesn't cost a single cent, though.

This way, InVision sets a pretty high bar; especially since previous projects have already shown that InVision does not provide mediocrity. The Studio is not available yet, and the planned release is in January 2018. InVision intends to release both a macOS and a Windows version right off the bat. This should be especially concerning for the developers of Sketch. After all, the software is still only available for macOS, and won't be created for Windows. The following video gives you a first impression of the feature scope you can expect: https://www.youtube.com/watch?v=YXNk4gQCPSY Visually, InVision Studio is reminiscent of Adobe XD, seems less intuitive, but filled with more features. The animation options depicted in the video alone already exceed the ones of Adobe XD by a mile. Overall, the UI concepts of XD, Framer, and Studio are very similar, while Studio and its additional features also pose a direct threat for Sketch. According to InVision, Studio aims for a simple interface concept that can become a lot more in-depth with the proper expertise. This sounds like a jack of all trades device, and it seems like that's what it's supposed to be. I have signed up for the beta program, and I'll make sure to inform you once I have my hands on the app.
116
SHARES
ShareTweetLinkedin