893
SHARES
ShareTweetLinkedin
Photoshop has been the darling of the design industry for decades. It's a fantastic program that has led the way since the release of Photoshop 1 on the Mac way back in 1990. However, not everyone can, or wants to, pay the $699 that Photoshop costs. Thankfully there are a lot of free Photoshop alternatives available for photo editing. Some of these are very basic and are suitable more for only basic photo editing, whilst others are feature rich applications that give Photoshop a run for its money. Today we would like to show you some of the best free photo applications that are available online. 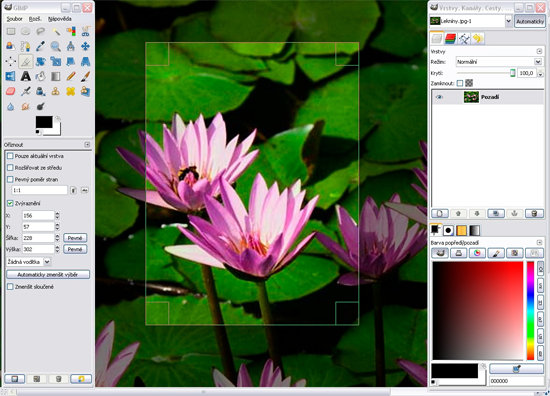 2. Gimphoto Windows, Linux Gimphoto is a modification of the GIMP graphics program that aims to present a more user friendly interface. The layouts are more similar to Photoshop, making Gimphoto a popular choice for those who are switching from it. It's currently only available for Linux and Windows though a Mac version is available. Another GIMP modification that aims to make things easier for former Photoshop users is GIMPshop. Unfortunately, someone hijacked the GIMPshop domain, resulting in a dispute between the original developer and the hacker who was profiting from hijacking the domain. This is one of the main reasons the application is no longer developed. 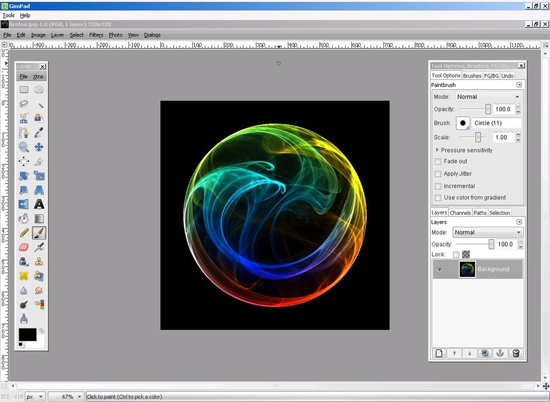 3. PhotoPos Pro Windows PhotoPos Pro is a rich photo editor that has support for most picture file types and support for digital scanners. It also features image enhancement, text tools, layers, masks and special effects. The pro version of the script used to retail for $59.90 (with a lite version available for free) but it has since been released as Freeware (apparently due to thousands of requests). 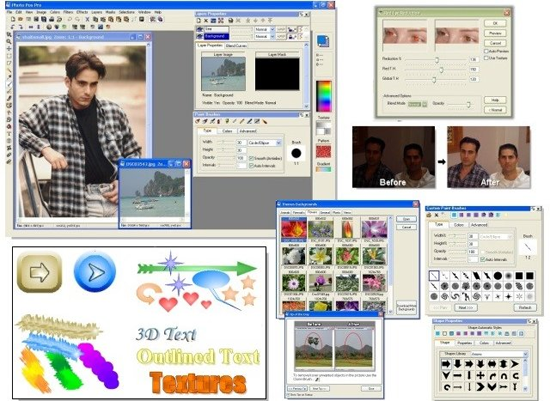 4. Photoshop Express Online Service Can't afford the high price of Photoshop? You may be pleased to know that Adobe offers a free basic version of the script online. The editor allows you to edit your photos online with ease. You can resize, crop and rotate, reduce red-eye and saturation, adjust white balance, fill light and much more. You can also apply effects to photos such as pixelate, tint and crystalize. Photoshop Express is a great choice for basic photo editing and quick touch ups.

5. Artweaver Free Windows Artweaver Free is a limited version of the artistic application Artweaver Plus (€29). The free version has common editing tools such as gradient and crop, support for PSD files, arrangeable palettes plus image and effect filters. 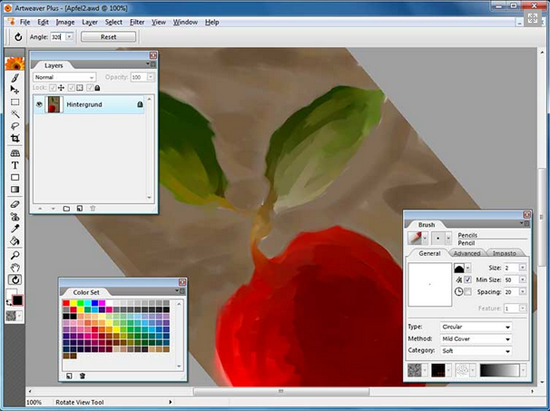 6. Splashup Online Service Formally known as Fauxto, Splashup is a free online photo editing tool and manager that has support for layers, filters, brushes, text editing, blend modes and much more. You can import photos from your desktop and from a range of services such as Facebook, Flickr and Picasa. Multiple photos can be edited at the same time and there is a lite version for mobile PCs available too. 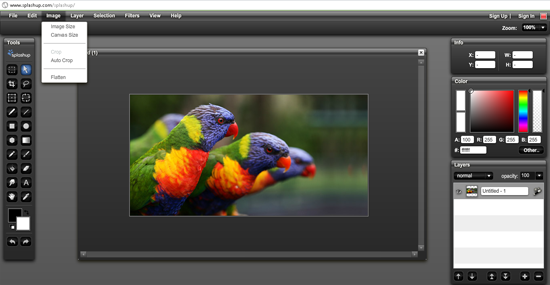 7. Aviary Online Service A cool online photo editor that lets you edit photos easily. You can crop and rotate images and apply lots of cool effects such as sharpen, blemish, red eye, contrast, blue and much more. 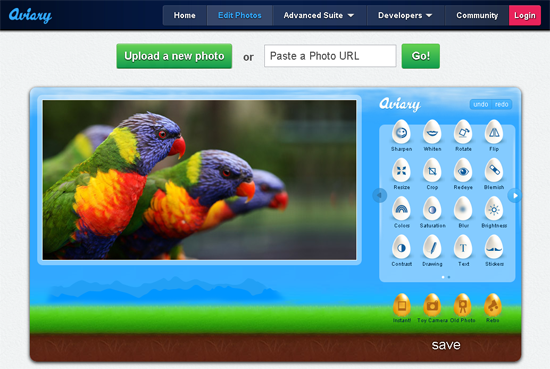 8. Inkscape Windows, Mac, Linux A vector graphics editor which boasts that it has similar capabilities to Illustrator, CorelDraw and Xara X. It saves files in the Scalable Vector Graphics (SVG) format. It should be considered as a compliment rather than an alternative to raster graphic editors such as Photoshop or Gimp for most tasks, though it has adopted some common photo editing tools such as blurring etc. 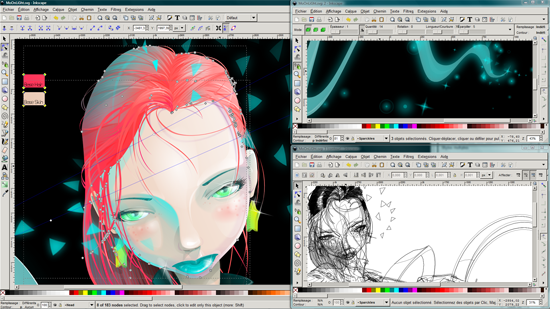 9. Photoscape Windows A basic photo editor that lets you fix and enhance photos. It has a lot of interesting features such as support for animated gifs, a splitter which divides a photo up into several pieces and attaching multiple photos vertically or horizontally to create one final photo. 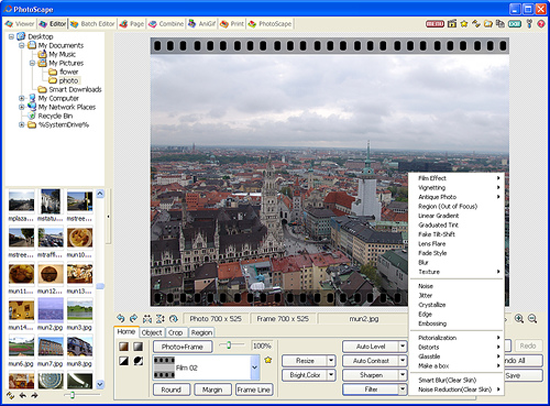 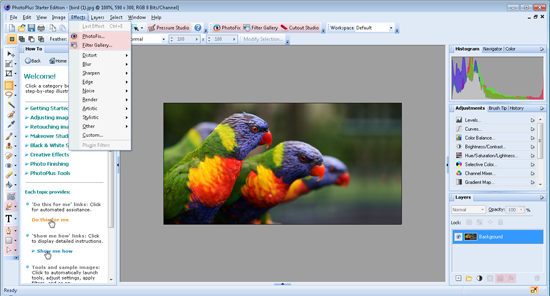 11. Seashore Mac A beautiful image editor that supports gradients, textures and alpha channel editing. You can compare the current image to the last version of it saved, and can save in SVG, PSD and PDF file formats. 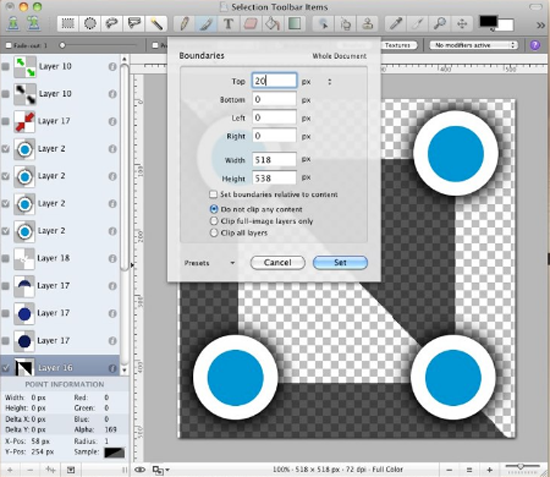 12. Paint.NET Windows A great program that evolved from Microsofts famous Paint application, Paint.NET supports layers, special effects, unlimited history and more. It uses an intuitive tabbed interface that shows live thumbnails of the opened image rather than text. It also has a very active support community. 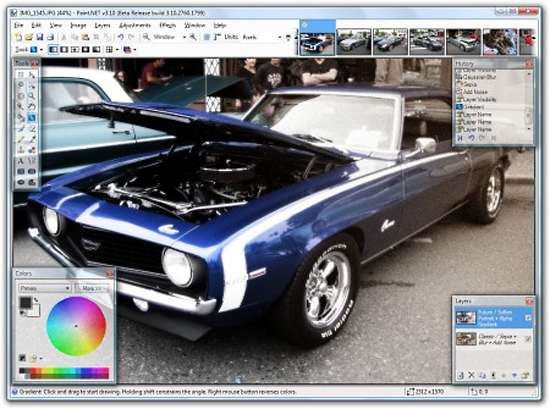 13. Darktable Mac, Ubunut, Fedora, Opensuse, Arch, Gentoo One of the only applications that isn't available for Windows, Darktable is a feature rich photo editing program that supports lots of special effects and correction tools. It has support for 15 languages and the export system works with Picasa, Flickr, email attachments and more. 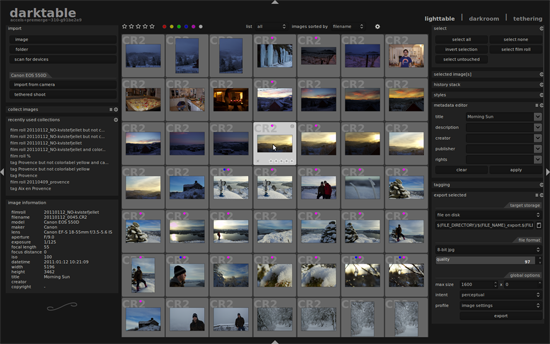 14. Photofiltre Windows An image retouching program that allows basic or advanced image editing. It supports over 100 filters and lets you use useful preset selection tools such as ellipses, triangles, rounded rectangles and more. 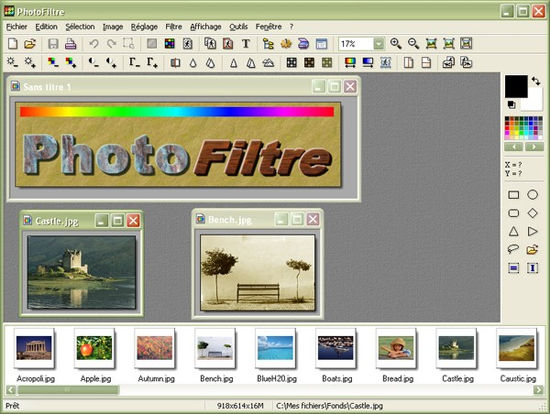 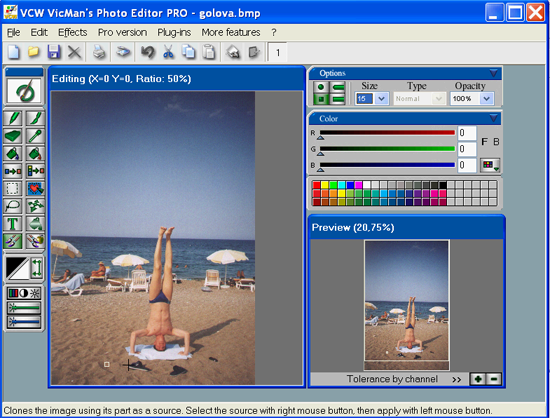 16. PaintStar Windows An image processing application for editing and retouching photographs. Image morphing, multiple layers and screen capture are supported and it supports more than 30 file formats, 100 effects and filters. 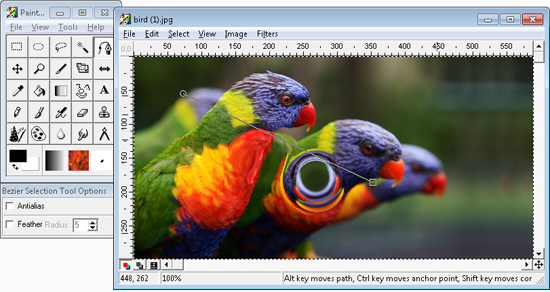 17. Picnik Online Service A simplistic online photo editing service that lets you modify images with one click. Basic edits like rotation, resizing and cropping as well as changing exposure and colors and sharpening the image, are all free. More advanced effects and edits are only available to premium users ($24.95 a year).

18. Cinepaint Windows, Mac, Linux, FreeBSD and NetBSD An offshoot of GIMP, CinePaint has been used on many Hollywood films such as Spiderman and The Last Samurai to touch up frames. 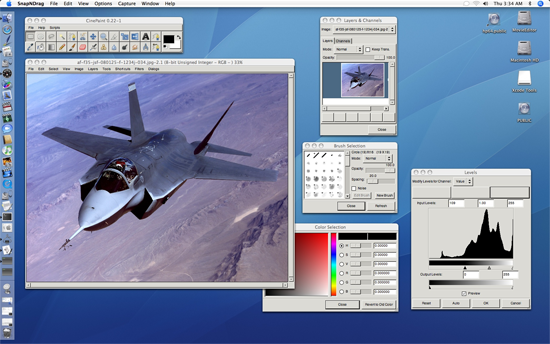 19. Pixlr Online Service, Windows, Mac, Mobile Devices A cool free online photo editing service that works on browsers and a variety of operating systems and devices. Available in 23 languages, Pixlr has the most usable Photoshop features such as color adjustment, special effects, layer support and much more.

20. Picasa Windows, Mac, Linux Originally created and sold by Idealab, Google aquired Picasa in 2004 and released it to the world for free. The current version supports easy geo tagging and heavy integration with Google+ that lets you easily tag Google+ friends and share photos through your circles. It's user-friendly interface makes it easy to apply basic edits to your photos and touch them up. 12 effects are available and there are additional affects via Picnik too. 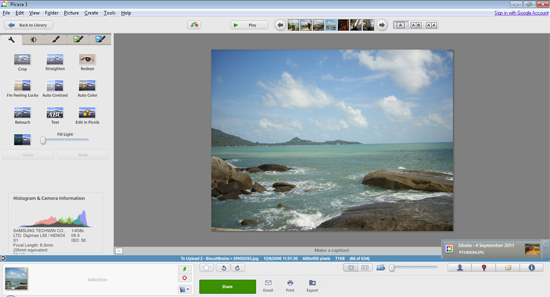 21. Fotor Online service, Windows, Mac, Mobile Devices A set of online photo editing tools of Fotor allow you to beautify your image easily and quickly. It not only empowers you to enhance your photo with various photo filters, color adjustment, but also design your graphic with thousands of templates. Designing logo and poster has never been easier with Fotor! It is available in the browser, different devices, and 9 languages. 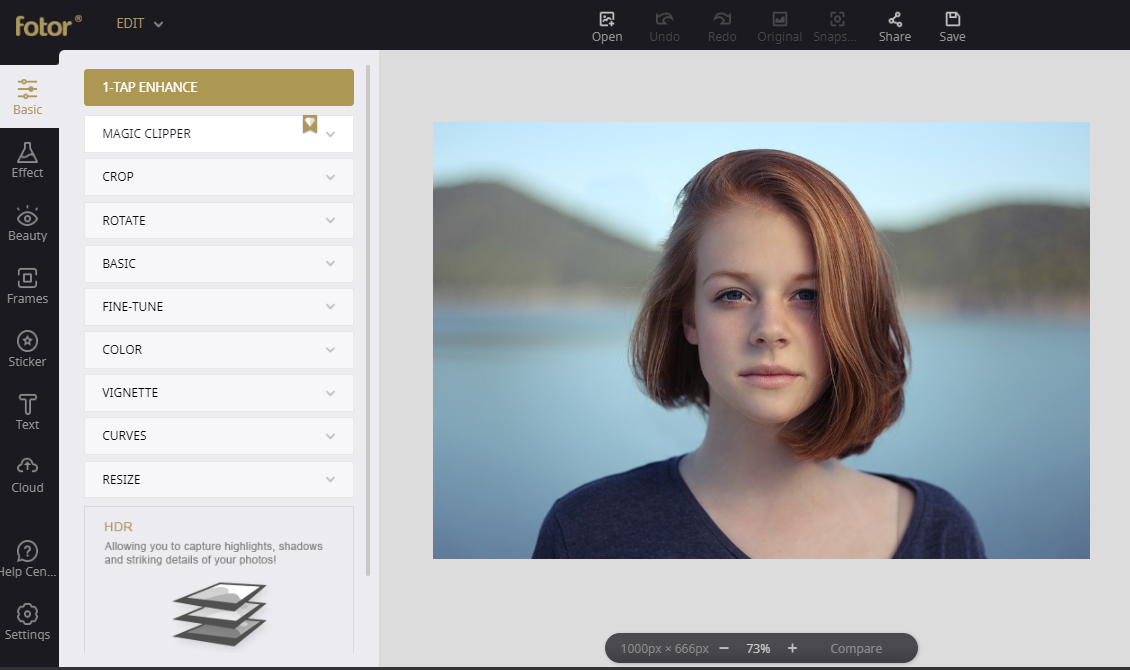 Do you use any of these free photo editing programs? If so, please let us know in the comments area and let us know the advantages to using the application over others. (rb)
893
SHARES
ShareTweetLinkedin