How to Create Engaging Videos with the Top Trends in the Animation Industry? 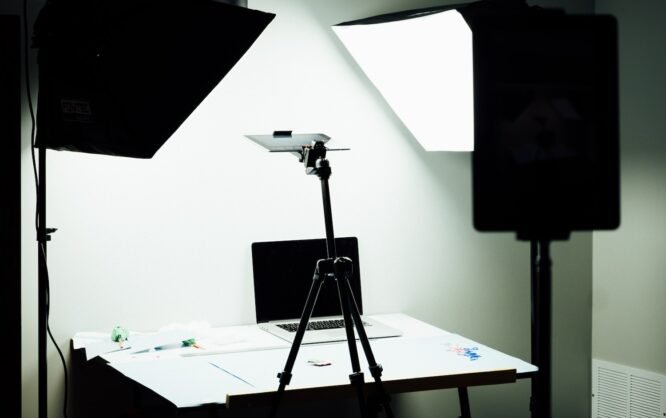 Why is video animation better than making real-life videos?

Video animation is useful because of a few reasons. The first is that it is cost-effective when compared to the production of a real-life video. The second reason is that it is much easier to make as compared to a video advertisement. But perhaps the most important reason is that video animation provides a certain versatility to its creator, enabling them to make content that would otherwise be impossible or at least troublesome to create.

But aside from being easy, cheap, and versatile in creation, animated videos allow for the possibility of clearly and precisely conveying an idea that could be useful in marketing, education, training, social awareness, and several other areas depending on the creativity of the animator. So without further ado, here are the top trends in the animation industry.

Whether you’re making a video for a complex product or just a simple message, the first thing an animator must keep in mind is to simplify the content as much as possible and use a clear and concise design language that does not pull the viewers’ attention away from the main message. By providing motion to a collection of dots and lines, institutions like IBM can create animated videos that far surpass the creativity of some of the largest marketing agencies in the world. Similarly, a great animator can learn from their execution on a video titled “IBM Design Language” and incorporate their simplicity into their animations.  In a short phrase, the optimum balance between design is “simple yet breathtaking”. If you can find how to incorporate that into your work, chances are your video will do great.

This may sound counterintuitive. But it also makes some sense. Compared to the design of the universe, human hands can only go so far in the pursuit of replicating it. Sometimes, your work should embed certain elements of real-life into the animated video to make it seem more realistic. And at the same time, using this method can help the animator by minimizing the number of details they have to draw by hand. Not only that, but this method can provide a canvas for the animator that allows them to bring their imagination to life. And with that, the viewer’s imagination as well.

Don’t be afraid to mix things up

The majority of animators and design experts believe in using colors and styles that complement each other as conventionally as possible. However, the animator that is willing to take risks will often tell you that experimenting with various styles and color palettes is a great way to innovate an industry that seems to be at the peak of its creative time. By creating bold statements through never-before-seen combinations of styles and colors, animators can make viewers pay more attention and therefore get their message across in a more effective manner.

While making an animated video, it’s important not to forget the “animated” part. This is exactly why we recommend putting one or two illustrations in your animated video. Possibly at a time when you’re trying to explain a stark statistic that dampens the mood, illustrations can come in to make that information that much easier to understand and take in. The skilled animator will always find the right opportunity to place an illustrative infographic or even a few decorative illustrations into their video to maintain a certain effect.

In trend number 3, we mentioned how great animators are willing to experiment. And one very useful way to do that is by understanding color gradients. This gradient is a sort of charting of how dark or light color can become. And by using this gradient, many animators can imbue the colors of the company they are creating the video for, into the video itself. This allows the video to feel more connected to the message on a subconscious level.

An animator can design many things, but trying to design every single aspect at the same time can become daunting. Once you get a certain amount of experience under your belt, designing a set for video animation services can become easier as you understand the various elements and how they fit into the picture. For example, if you’re designing an underwater animation, the first thing you would design is the sea bed. Following that, you would at moving plants in layers. Some would be small while others would appear closer and hence larger. And finally, the animator will then add the fish and other characters on top of the predesigned set. By following this method, almost anyone can animate an entire world onto the storyboard.

As an animator, you are close to being the highest power in the animated world you create. And in moments of greatness, animators have found it helpful to create renderings that could be construed as unrealistic. This is because in the world of animations nothing is beyond reach. Other than a larger imagination. Of course, this doesn’t mean that you simply have to break reality. Rather, just bend it slightly to place your message into the original picture.

Creating a new animation that engages your audience can be hard. Especially in a digital world where new kinds and styles of content are being spewed out by the second. But it isn’t that hard to make a mark either, all it takes is a little ingenuity and the occasional unorthodox approach. Whether these trends can help you or not depends entirely on how you choose to use them to make your voice just a bit louder. Even if you’re not an animator and are just someone who regularly employs Video Animation Services, these trends can help give you greater insight into how you can control your narrative in your animations.

Nathan Enoch Burridge has been a part of the Digital Marketing Industry as a writer for years. His passion is to help people in every aspect of online marketing flows through his in-depth expertise with the industry. Nathan Burridge is also an author for several niches, including tech blogs. He likes spending time with his family, studying cultures, volunteering, and working for positive change. Follow him on Facebook, LinkedIn, Twitter, Medium.

Home » How to Create Engaging Videos with the Top Trends in the Animation Industry?