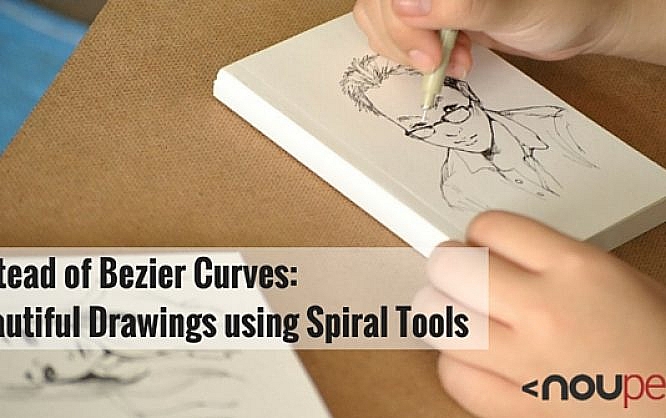 Those using Illustrator or a different vector program can’t avoid bezier curves. They allow the user to draw curves in any form or shape. However, it needs practice to be able to draw well-shaped curves. Especially when drawing letters like the curvy S, it is not easy to set the starting point so that the curves are proportioned correctly. That’s why there are drawing and writing programs that offer an alternative to bezier curves. The best-known should be the Spiral Tool of Inkscape. Spirals help to create harmonious, curved paths quickly. 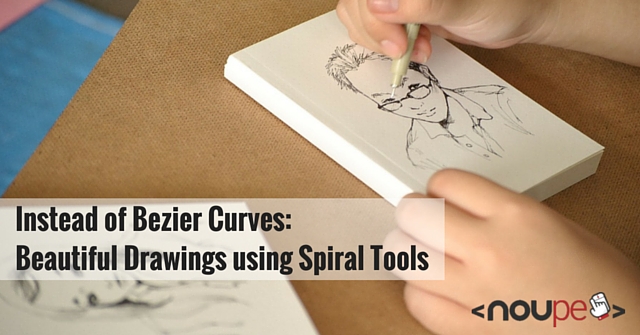 The Problem with Bezier Curves

The way bezier curves work can be explained quickly. At the two ends of the curve, there are so-called control polygons. These are vectors that describe the course of the curve. These polygons allow for the creation of many entirely different curves. Those who tried to draw a semicircle via bezier curve know how difficult it is to place the control polygons accordingly. Drawing an S-curve or a spiral is similarly difficult. 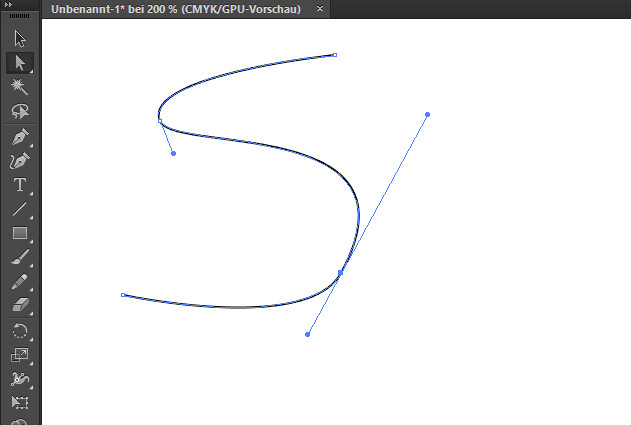 A steady course is a particularly important factor when creating harmonious fonts. As it’s hard to draw trails like that using bezier curves, software developer Raph Levien has developed the so-called spiral paths as an alternative to bezier curves. Spiral paths are created by choosing multiple spots towards which a single or multi-curve or spiral is supposed to orientate itself.

When creating a simple C-curve, three spots have to be defined. The first and the last spot define beginning and end of the curve and the remaining spot determines the radius of the curve. This way, complex curves can be drawn on the base of circular trails.

Use in FontForge and Inkscape 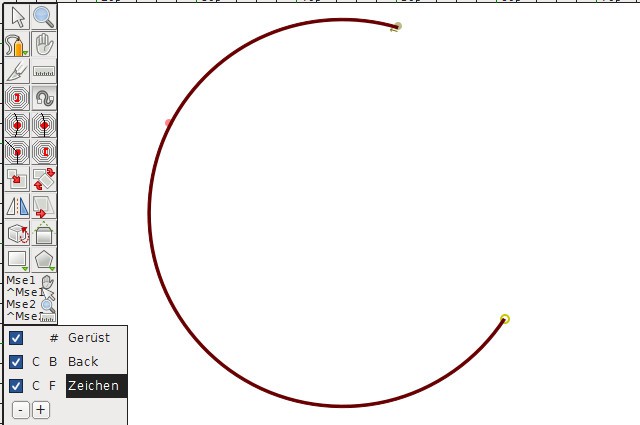 Even an existing bezier curve can be edited as a spiral path and vice versa. The advantages that spiral paths have over bezier curves become evident quickly after working with them.

The vector editor Inkscape also supports spiral trails. The application, however, does this a little differently from how it is used in FontForge. First, a standard bezier curve is drawn which then transforms into a well-shaped spiral. The result can thus only be seen when the path has been completed. However, you can edit the finished spiral effect afterward.

The spots of the spiral trail can be moved to adjust the length and the course of the path quickly.

The option to draw a spiral in Inkscape using the freehand tool is interesting. The tool allows you to draw lines as if you were using a pen. That’s why the drawn contours are scrawly and shapeless most of the time. In combination with the spiral trail mode and a prior defined smoothing, however, curves can be created quickly and efficiently via a freehand line. 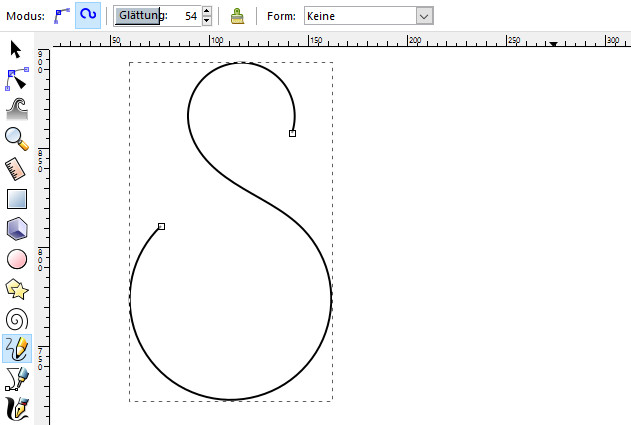 The smoothing expects a value between 0 and 100. The freehand line remains untouched at 0. Every freehand line turns into a straight line at 100 percent smoothing. Values between the two allow the user to create more or less complex curves at will.

Spiral trails can not only be helpful when creating fonts but also when designing logos or creating diagrams. It’s definitely worth looking into the specific tools of FontForge and Inkscape.