JotForm, form renovators from sunny California, are taking off. Having been a major player in the form builder business for quite a while now, they decided to add broader design support to their product. And came up with a new tool called "Form Designer". This tool is just grand. As you'd rightfully expect from your favorite WYSIWYG builder Form Designer is completely intuitive to use, speeding up your workflow and improving your results. Whether you like to code CSS by hand or like to stick with pre-made design elements, Form Designer is there for you. To get Form Designer into the minds of the members of the design community they decided to host a contest with a grand prize of 7,500 dollars for the overall winner and smaller prizes in several categories. In need of Christmas money? Show off your skills and win the contest... 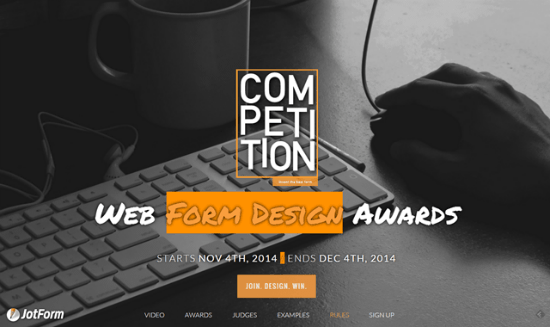 Being able to beautify their forms has always been a feature of JotForm's Form Builder. Yet, these options have been very limited, to say the least. The new Form Designer delivers an incomparably larger feature set and is a full-blown design tool in its own right - not just an annex of Form Builder. There's not a lot left to be desired. Readers of Noupe should turn to this piece from a few weeks ago, to get a thorough impression of what Form Designer has to offer. 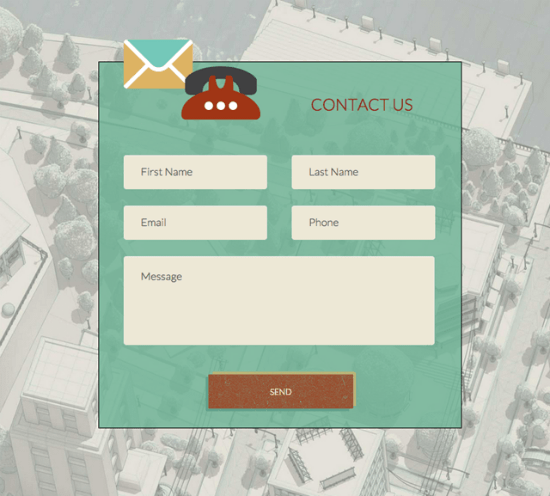 Form Designer: an Example of What You Can Do

IN short, Form Designer offers design capabilities to both those who like to code CSS by hand and those who like the fastest result without feeling the urge to script styles manually. Form Designer's extended WYSIWYG approach allows for quick and professional results; even responsive forms are possible. Click your design together, then decide to just use it or tweak every single part of it with CSS.

No matter what you prefer, Form Designer doesn't get in either way. 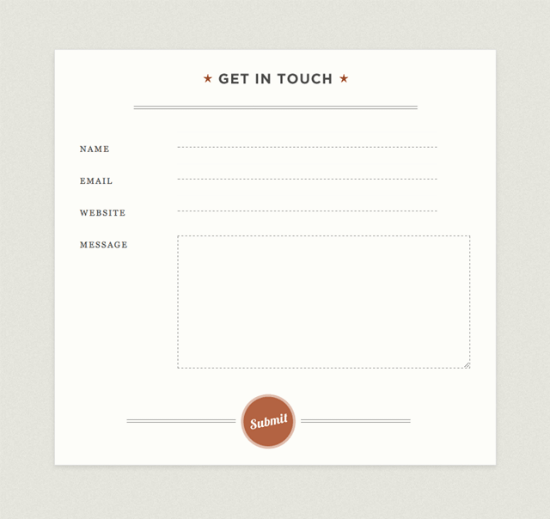 Form Designer: Another Example of What You Can Do

To raise the level of awareness for its brand, JotForm just started a design contest called "Web Form Design Awards". The competition got started yesterday and runs until the 4th of December 2014. Until then, you are encouraged to submit as many great form designs as you like. May the best form win. The grand prize for the overall best design is 7,500 dollars.

Besides the grand prize, there are six category prizes valued at 500 dollars each. Categories range from "Best Mobile Form" across "Best Contact Form" to "Worst Form Design" even. You can see; literally everyone has a chance here ;-) 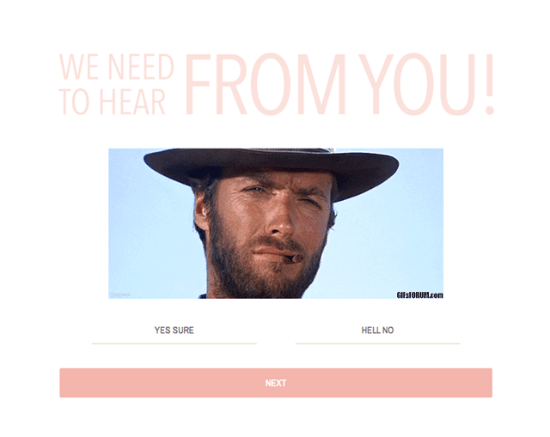 Winners are chosen by industry-known judges with me being part of the jury. Besides giving away the cash prizes, there is more to win. All winners will get a lifetime subscription to JotForm Professional and a bunch of partners such as Envato, Github or Jetstrap are adding to the value, too.

The following video introduces you to the contest in an easily digestible way. If you are one of the visual kind watch it:

Theme Shop in the Making

With the end of the contest, another offering by JotForm is about to open its doors. The brand-new Theme Shop will empower designers to sell their form designs. As theming is popular on JotForm's platform, with almost a third of all forms already being themed today, this might be a solid source of future income for some of you. The introduction of Form Designer should give that business a further push...

As you can see, there is more than one good reason to participate in the Web Form Design Awards with as many designs as you can come up with. Be creative. Godspeed!