Looking Into the Crystal Ball: The Ultimate Web Design Trends 2015

654
SHARES
ShareTweetLinkedin
Web workers wonder where web design is heading in 2015, as it is also subject to a trend – which is not a bad thing. Otherwise, the internet would still look like in its beginnings in the 1990s. This is surely not what we want, is it? So, what is the trend for 2015? Let us have a look into the crystal ball and see what the future holds. 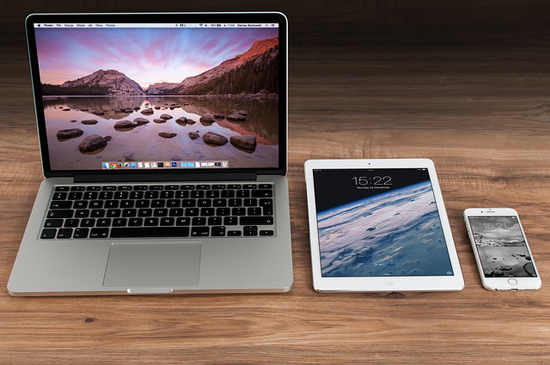 The success of the flat design is definitely unstoppable. Though, the trend is moving more towards Material Design inspired by the new Android 5.0 “Lollipop” design and defined by Google’s design principles. Background and full-screen videos don’t lose their appeal and will come into increasing use. Regarding image format, either SVG or the losslessly compressible WebP could become the standard. The mobile trend in web design is mainly towards wearable and health (fitness, body tracking, etc.). You can assume that there is an Android-first strategy as of their worldwide market share of about 80%. The mobile responsive web design still is a must-have in 2015. We can only speculate if it will replace apps or will be replaced itself by apps. Anyway, apps are not only an appreciated service but also pure user friendliness if they are well made.

The Rise of Flat and Material Design

One of the biggest trends in 2014 was undoubtedly the flat design. Because of its simple, clean, and clear style it will play its role this year, too, and keep its high popularity. Google’s “Material Design” has already made some impact on flat design. Google wants it to be implemented in apps created for its mobile operating system Android. And yes, it seems to work well as more and more apps already got a makeover with the new Material Design. Just try the Material Design theme for Bootstrap 3 which allows designers and developers to use Material Design with any front-end framework they want. 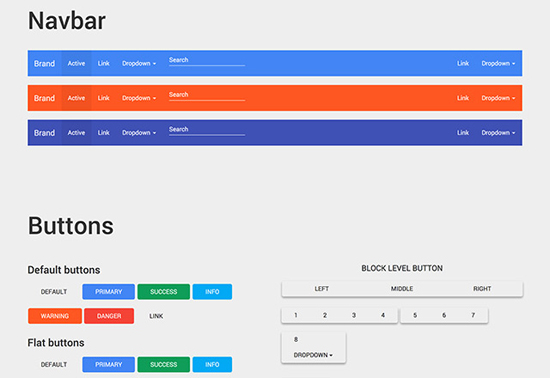 The 2014’s popular HTML5 background videos, which are shown in the background of a website, will keep their popularity in 2015. The reason is simple: People rather watch videos than read articles. In addition, it is way easier to tell a company’s story in moving pictures and transport emotions than it is with static texts and images. Two examples for full screen background videos are Spotify and the mediaBOOM agency. Find more examples in this article.

Mobile Apps of Websites and Social Networks Will Dominate in 2015

The classic website (also responsive) might have a hard time due to mobile apps. According to several studies people prefer mobile apps to browsers in order to seek for information. Websites that already offer their apps in the Google Play Store or Apple Store may have an advantage over competitors who only rely on their static or responsive website. An app is much more comfortable to use than a responsive website. It will be interesting to see if and how the trend continues. A significant increase in 2014 seemingly makes it likely. Apps vs. Web 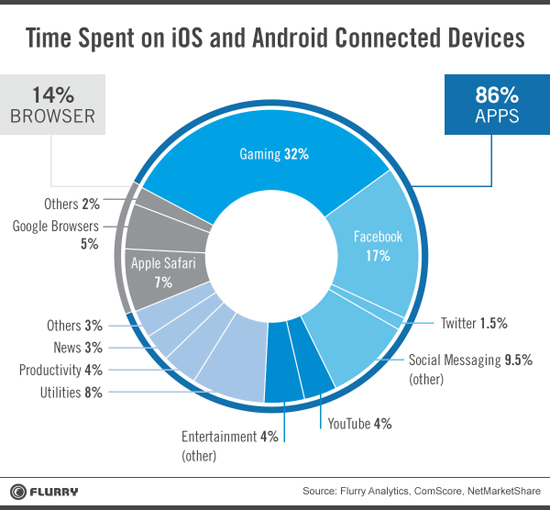 Important Links The rise of mobile apps and the decline of the open web – a threat or an over-reaction?

Microinteractions will be another popular and big trend in 2015. Microinteractions can be buttons that master small tasks like guessing a song, changing a setting, or liking an article. They promote the engagement of your visitors and make your website more likable. 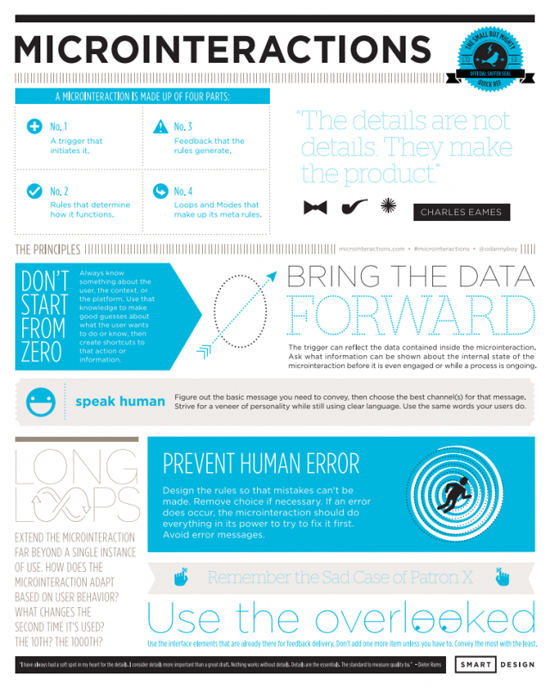 Here is an example of a well-made microinteraction: 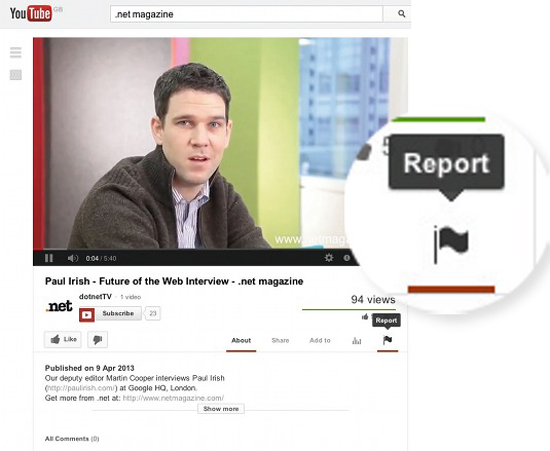 Coding a website manually using markup or programming language becomes less important since visual WYSIWYG (What you see is what you get) editors (again) conquer the market. Such programs make it easy to create awesome websites without HTML and CSS knowledge. You can, of course, argue if this is a good trend. The web definitely benefited from manual coding and the rare use of visual editors in the past decade. A good visual editor is, for example, Macaw. But there are a lot more out there. Check out this list of 13 visual editors. Here at noupe.com we covered Webydo and Wix several times already. Important Links

Large so-called “hero” areas with large (and partly fuzzy) images or videos will replace carousels and sliders. Ghost buttons are also a big trend which is closely connected to large images and background videos.

Even though mobile apps might overtake responsive design, it is still a must-have in 2015 and beyond. But you should, however, attach importance to the performance of a responsive website. Generally, only essential elements should be integrated into the mobile view, and those can be optimized for performance. A great example is the mobile view of the Smashing Magazine where only essential elements are integrated and then optimized for loading performance. 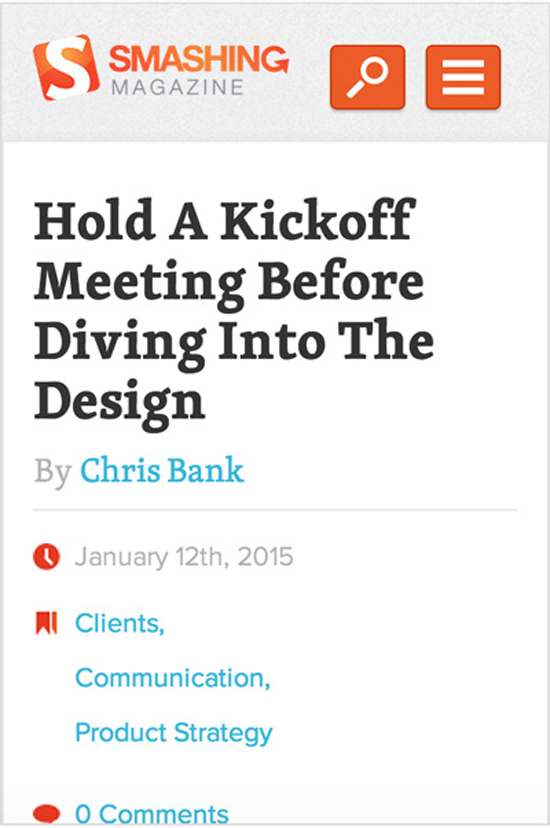 The use of different screen resolutions and media calls for a better, more versatile and appealing typography. Designers have been using web fonts like the mighty Google Fonts for quite a while. We will get to see more diversity with even bigger fonts in 2015. Explore the perfect use of the popular Google Web Fonts in the following list. 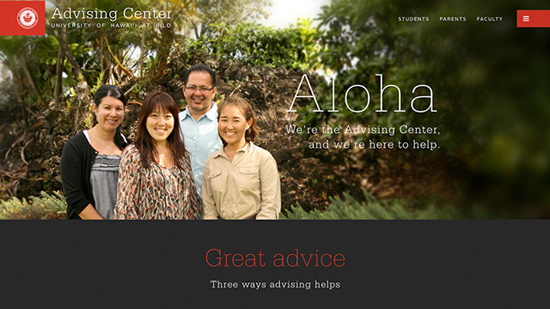 Another trend influenced by the increasing mobile use of the internet is the increasing popularity of the so-called card designs. Card design means splitting the layout in “bite-sized” cards. These cards basically contain short texts, user names, a picture and/or some sharing buttons. It was this design format that made the social media website Pinterest famous. And then other designers quickly jumped on the same bandwagon. Twitter and Google (for Google Now) also took up this design.

Here are some more trends regarding the future of mobile web design. 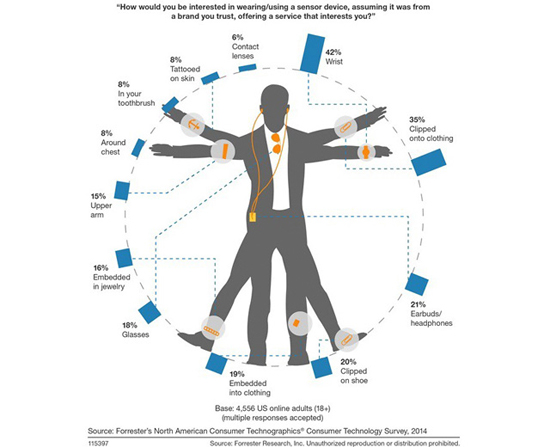 Even if not all of our predicted web design trends may come true, the web always was and will be on the move and continue to develop with new exciting things coming up every day. Only if you try them out, the internet can become more interesting, exciting and user-friendly. Take your time to analyze the influence of new trends on your work, and figure out what you can achieve on the basis of the gained information. What is your personal super trend for 2015?