Mobile Navigation Via Taps and Gestures Instead of the Mouse 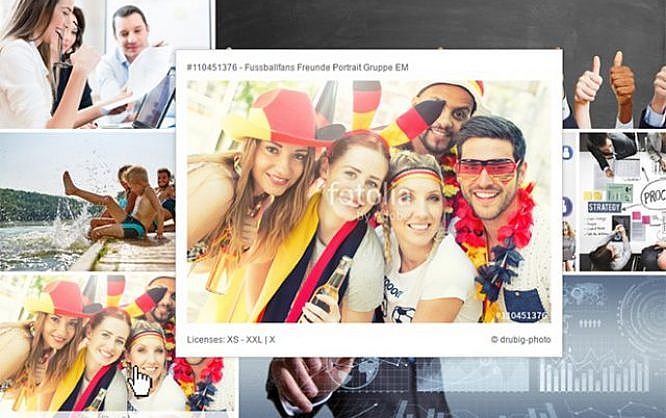 Mobile web has strongly influenced our habits of when, how, and where we use the world wide web. The way of how we navigate through websites has changed the most. A few years ago, the mouse had the main responsibility for the navigation, and now, tablets and smartphones are controlled via simple taps and gestures. Thus, contemporary websites should definitely consider taps and gestures when it comes to user interfaces and mobile navigation.

Navigation on a smartphone or tablet works fine without paying close attention to taps and gestures. Links are opened via tap instead of a click, and scrolling is done by swiping. However, when it comes to hover effects, which are quite popular in web design, mobile devices will already give you trouble. That's because a hover effect, using the CSS pseudo class ": hover", for example, just doesn't exist on mobile devises, and thus, it won't be triggered when calling up links via tap. So, when equipping links with hover effects, the link target and the hover effect are processed at the same time on mobile devices. At best, the visitor will see the hover effect for a short period of time, until the page referenced in the link is accessed. 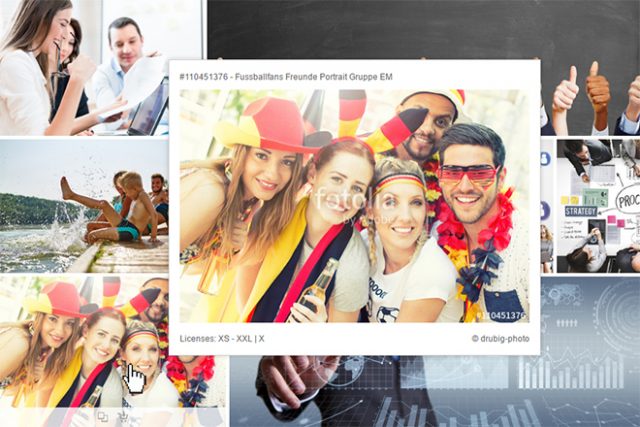 CSS might not give you an explicit way to choose between controls via mouse, and touch displays. However, the "pointer" designation allows you to distinguish between high and limited pointer accuracy. On touch devices, "pointer" hands out the value "coarse", which is equivalent to a limited accuracy. For other devices, the value "fine" is used for a high precision. In the example, a paragraph within a link is only displayed via hover when using a device with a high pointer accuracy, as that means that it's controlled with a mouse. This way, you are able to operate your website depending on the control concept - mouse or touch -, without using JavaScript.

Aside from hover effects, there's another aspect that you should consider when designing mobile user interfaces: the size of and the distances between links and buttons. 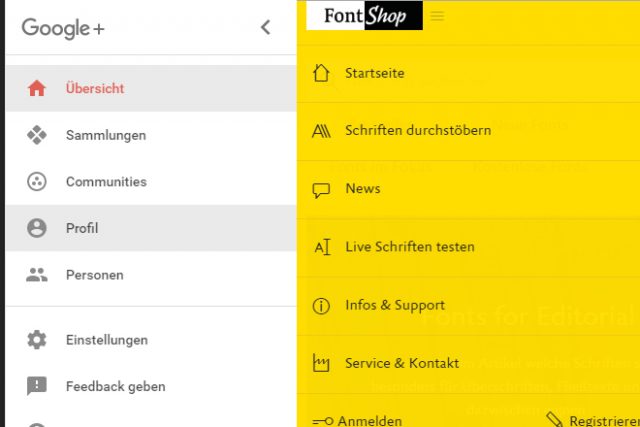 Example for Menus With Sufficient Size: Google+ and FontShop While the mouse allows you to click small links and buttons very precisely, the finger tap is not as accurate. Thus, you should make sure that your elements are large enough on mobile views. It is also important to leave enough space between the individual elements. All of this prevents the visitor from accidentally choosing a wrong link or button. If you want to distinguish between desktop and mobile view, you could, once again, use the "pointer" designation to design different menus and forms. Making the design of these elements dependant on a device's display width, like it's common in responsive weblayouts, doesn't make much sense. After all, tablets are also operated via taps and gestures, and usually, they display the desktop view.

Reacting to Gestures Via JavaScript

By default, links and buttons are triggered with a simple tap on mobile. However, you can also react to gestures by using touch events. These are similar to the well-known mouse events. As such, there are events that are triggered at the start and end of a touch, as well as during the motion on the display. In the example seen above, the event "touchmove" activates a funtion that writes down the position of the touch inside the browser window ("pageX" and "pageY") into the console. All taps are captured as arrays using "touches[]", by the way. Thus, if there are two fingers on the display at the same time, both moves and their positions are available to you via "touches[0]" "touches[1]".

Gestures Supported by Hammer-JS/ This way, you react to swipe gestures as well as rotation and zoom gestures. As JavaScript doesn't know any gestures, you need to create the using touch events, or by using according frameworks like Hammer.JS, which knows common gestures, allowing it to react to them with unique actions or functions.

Long-Tap is the "new" Hover

Hammer.JS can also be used to create so-called long-taps. Here, the finger stays on the display for a short while. Long-taps are often used to access context or pulldown menus. Long-taps have the advantage of allowing for two different actions of one element, similar to the hover effect. On desktop devices, the mouse is often used to expand a dropdown menu via hover effect, while the click calls up individual menu items. On mobile, the long-tap enables you to expand a dropdown menu without directly activating a menu item. For that reason, the long-tap can be used as a replacement for the hover effect on mobile devices. In any case, you should consider if your gestures and taps are intuitive, and whether they can be applied properly by the user.

It is not easy to transfer the common control concepts, as we know them from the mouse, to mobile and touch displays. However, many gestures have established themselves over the past years, like swipe and pinch gestures, for instance, which you should use for the navigation of your website. The long-tap has also become a common alternative to the hover effect. Nonetheless, you always have to remember that both mouse and touch have differences that you need to consider. (dpe)
25
SHARES
ShareTweetLinkedin

Home » Mobile Navigation Via Taps and Gestures Instead of the Mouse