Are you a Windows user? Then you should definitely download the free-to-use beta version of Affinity Photo. Now, the designated Photoshop killer is not only available for macOS anymore, but also for the operating system out of Redmond. Affinity Photo: Free to Use During the Beta Stage

In June, Serif, the developers behind the Affinity series, announced that they were working on making the photo editing tool available to Windows users as well. Now, that time has come. Just as it was done for their Illustrator rival Affinity Designer, the launch of Affinity Photo is done via public beta, which is free to register for anyone. The download link is immediately sent via mail. All you have to do is load and execute the 277 MB large installation file. During the beta stage, using Affinity Photo is free. Even after the beta, Photo won't rip a deep hole into your wallet, though. The full version will be accessible for a reasonable one-time payment of 49,99 USD. There's no subscription plan like there is for its competitor Photoshop. According to Serif, all future updates will be made available for free after the one-time purchase. 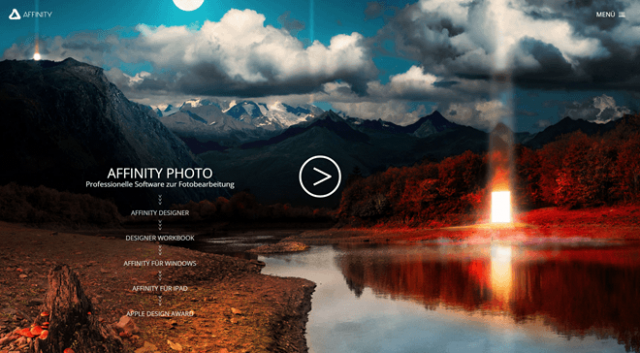 According to Ashley Hewson, head of Serif, Affinity products have always been developed in a way that the code base is practically platform independent, at least when it comes to the core features. This not only allowed the feature set to stay identical throughout platforms, but it also granted 100% file compatibility. Even the user interface is only different in places where it is impossible to avoid due to system differences. Speaking about user interface; Affinity Photo knows English, German, Portuguese, Spanish, French, Italian, Japanese, Chinese. Personally, I'm not missing anything when it comes to my personal language range ;-) In my short test, Affinity Photo not only started very quickly, but it was also very responsive overall. Even opening moderately heavy PSD files was done almost immediately, and, above all else, without any errors. Those that know how to work Photoshop, won't have any problems when handling Photo. The interfaces are very similar, and the toolbar doesn't hide any surprises either. 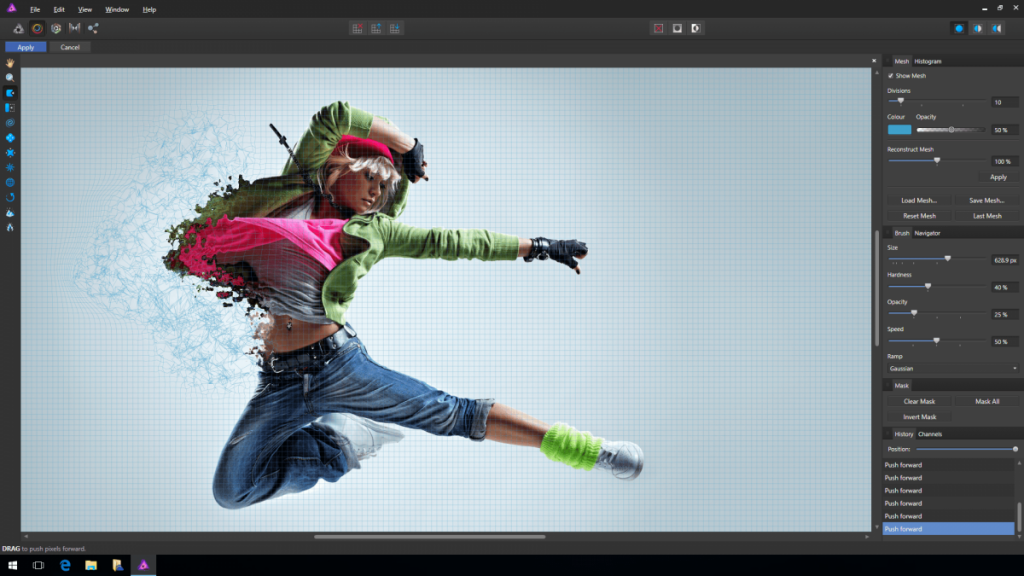 Although I said that the Windows and Mac version were identical, this is only true in perspective. Right now, the Windows beta offers even more functionality than the Mac product. The Windows beta already represents version 1.5, which has yet to be released for macOS. The temporarily exclusive features include extended features for the creation of HDR compositions, the so-called focus stacking, which connects multiple images with different focus to one, the introduction of batch processing, as well as the option to edit 360° panoramas. Photoshoppers will smile at this list. Of course, the Adobe bolide has been offering similar functions for a while now, except for the editing function for spheric panoramas. However, this shouldn't have widespread impact. The following video introduces you to the functions of Affinity Photo for Windows: https://vimeo.com/190854361 Conclusion: Windows users shouldn't let this opportunity pass. Go ahead and download the free beta. Adobe customers could at least take a look at what the competition has to offer. When it comes to the price, Affinity is the only option, but in the professional environment, I don't see Affinity Photo putting Adobe into a predicament shortly. Either way, Affinity Photo makes photo editing available to a wider audience. And this is a lot already.
21
SHARES
ShareTweetLinkedin