Sheer Madness: InkyDeals Bargains Away Thousands of Design Resources Worth Over 31,000 for 99 Dollars

Sometimes we stumble upon offers that sound too good to be true. That's also what our whole editorial office thought when we encountered InkyDeals' "Colossal Birthday Bundle". To clarify whether this was most likely just a simple typo we contacted InkyDeals and asked them. No, did they assure us, this is not an error. We are totally serious about this. We really bargain away more than 40 GB of recent resources for the laughable price of under a hundred dollars. We do this to celebrate our third birthday. This is enough reason, isn't it?! Okay, I answered. Then this is what I am going to tell our readers. But, don't expect them to believe that... 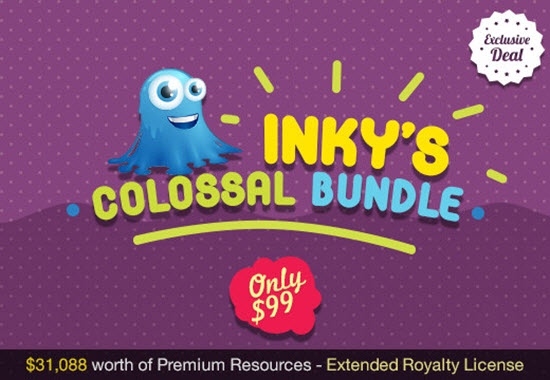 InkyDeals: More Than 200,000 Subscribers and Counting

Have you ever heard of InkyDeals? No? I am with you. This deal platform is not as well-known as other competitors in the field, although they managed to gather more than 200,000 subscribers to their newsletter already. I guess this means they are actually in the Top 10 of the deals business. InkyDeals offers high-grade resources for designers, developers, just about everybody running a website or designing for whatever reason at unbeatable prices.

To celebrate their birthday, the makers beat the big drum. Thousands of resources, over 40 GBs of file weight are squandered dead-cheap. Okay, that must be old hat, you'll think. Things they can't get rid of at regular prices. Think again. All the material has been created throughout the last two years which certainly doesn't justify to call it brand-new, but still recent enough to be suitable for useful contemporary designs.

InkyDeals and the Colossal Birthday Bundle

The sheer amount of elements included makes it hard to find appropriate, representative screenshots to show you what to expect. I suggest you surf over to InkyDeals and see for yourself. They underwent the effort to picture each and every element in a seemingly endless list of resources. 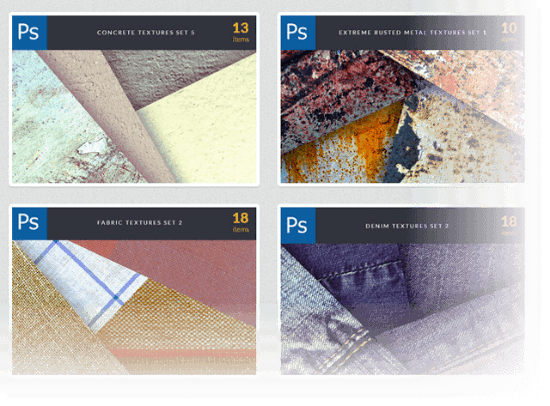 Okay, then. Let's show some textures to break up the gray...

I counted around 5,600 smaller bundles as included in the colossal one. I wasn't able to count the amount of individual elements, but this will be a higher five-figure number. There are vectors, Photoshop addons, designs, brushes, styles, fonts and what not. Is the colossal bundle the last bundle you'll ever need? Actually, I wouldn't go as far as that, but I doubt you'll buy more vectors anytime soon.

By the way, do you know this thematically fitting joke?

"How many push-ups does Chuck Norris manage to do?" - "All"

On that note... Make sure to visit InkyDeals and check the package thoroughly. Should you decide to buy it, put yourself on indefinite leave. Flicking through all the included elements will take you a notable amount of time...

The right of use is the most liberal I ever encountered. InkyDeals sells its resources with a so-called extended royalty license. This license covers just about everything. The only thing you cannot do is distribute the bundle as it is. But, you are allowed to derive commercial products, such as T-shirts, mugs, websites, whatever from it, without having to pay additional fees. Full commercial use, also in customer projects, is allowed.

The friendly people at InkyDeals are profoundly convinced that you will like what you bought. That's why they offer you an unconditional right to return the bundle should you not like it for one reason, or another. InkyDeals will not only provide a full refund, but also leave you the bundle. I told you; they are insane ;-)

So, are you going to save the counter value of a mid-range car, too? I know I did...

Home » Sheer Madness: InkyDeals Bargains Away Thousands of Design Resources Worth Over 31,000 for 99 Dollars