314
SHARES
ShareTweetLinkedin
“It’s sort of Victorian-industrial, but with more whimsy and fewer orphans.” Caitlin Kittredge Steampunk is a genre which surfaced during the late 1980s and early 1990s, as an amalgam of various science-fiction and fantasy elements resembling the British Victorian era or the U.S. "Wild-West" era, in which steam power was widely used. One of its main characteristics is anachronism - designating an object, person, event or custom which is inconsistent with its current time period. The term "steampunk" was allegedly originally coined by author K.W. Jeter in a letter to science-fiction magazine Locus in 1987, to separate himself and fellow sci-fi retro-tech lovers from their contemporary, futuristic "cyberpunks": "Personally, I think Victorian fantasies are going to be the next big thing, as long as we can come up with a fitting collective term for Powers, Blaylock and myself. Something based on the appropriate technology of that era; like 'steampunks,' perhaps..." The genre itself actually predated the appearance of its denomination: some of its specific, easily-recognizable features can be found in the works of literary titans H.G. Wells and Jules Verne in the late 18th - early 19th century. Since then, steampunk elements and influences can be found throughout an array of domains, such as art, literature, television and film, fashion, music and design. Today, we're going to dip our toes into the web design pool and take a look at an inspiring showcase of websites and resources that pay homage to this unique style.

3232 Design is a Minneapolis based web design studio specializing in websites and interactive media. They also produce and integrate business systems, print and online marketing and brand identity design. 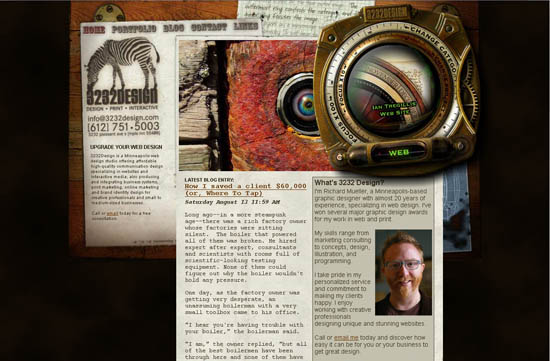 This is the official website of renowned Seattle based steampunk band, Abney Park. It was formed by Robert Brown in 1997 and named after a London cemetery and are now referred to as the "quintessential steampunk band". 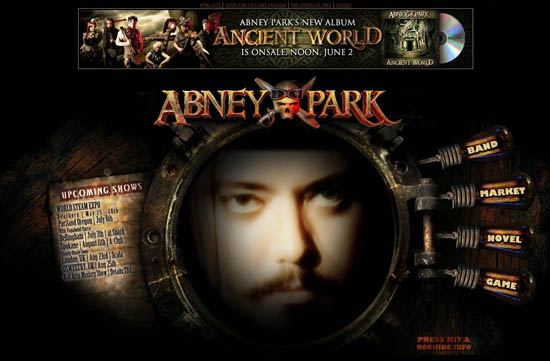 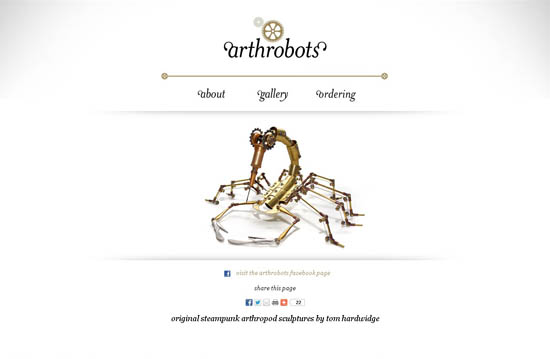 This is the official web page of Colombian graphic designer Chris Jockey. He offers a plateau of services, among which illustration, animation, web design and branding. 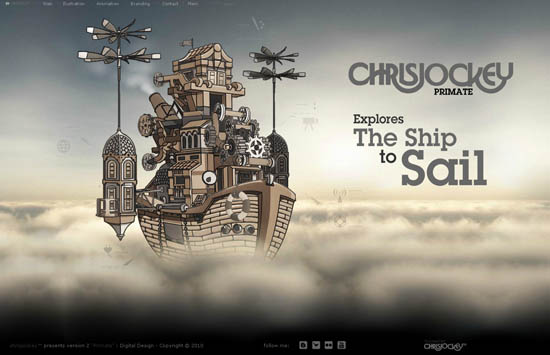 Dr. Grordbort is a unique and eccentric website that commercializes rayguns - weapons that any true steampunk lover must have in their artillery. 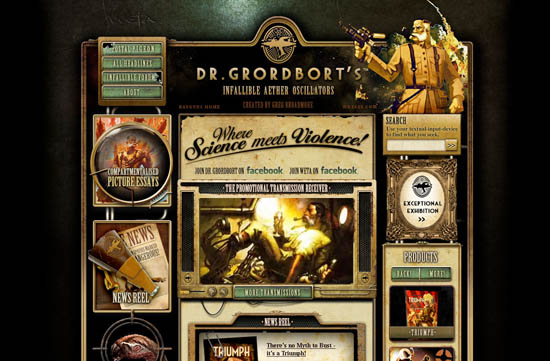 Felideus is a Spanish freelance illustrator, designer and writer that has worked as an art director, graphic designer, animator and screenwriter in audiovisual productions. 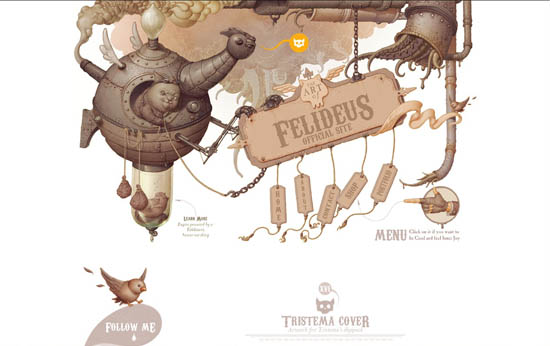 This is the website of New Mexico based author Ian Tregillis, who is best known for his science-fantasy trilogy The Milkweed Triptych. 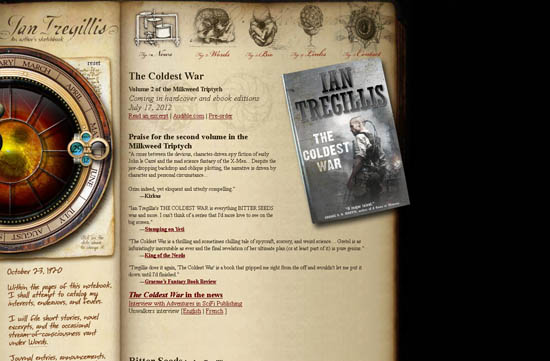 This is the official website of the Iron Grip Marauders multiplayer strategy game. Here, you can experience virtual strategic battles in 3D graphics. 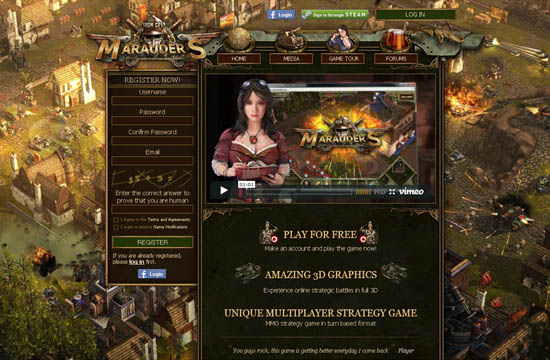 Internal Carotid is a design company from Ukraine, specializing in web design, interaction design and illustration. Here, you can browse through their portfolio and get a pretty good idea of what they do. 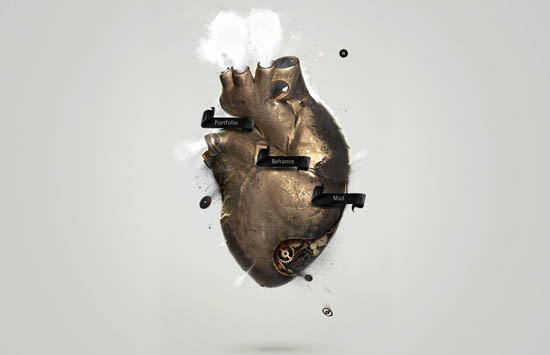 Kultika is a German website containing a large list of psychics, fortune tellers, astrologists and clairvoyants, which you can call for advice. 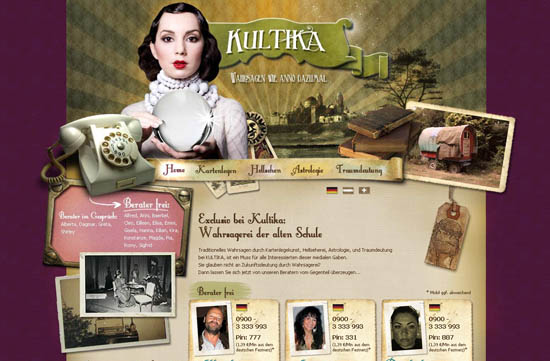 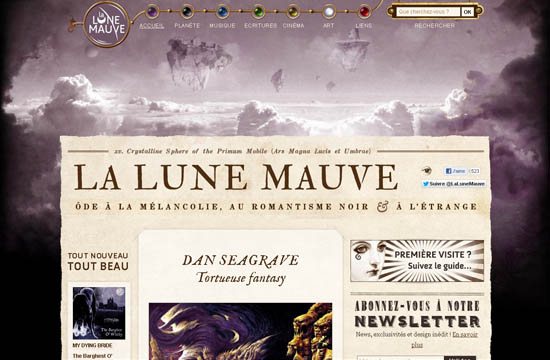 Light Quick are a web design company from South Oxfordshire, England. On their websites you can find relevant samples of their previous projects, a helpful guide as to what their services entail and more. 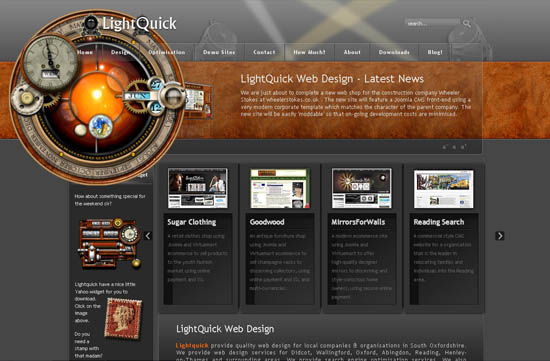 "The Astonishing Adventures of Lord Likely Aristocratic Adventurer and Gentle-man of Action" by its full name - is a website dedicated to an eccentric figure of the English aristocracy in the Victorian era. Here, you can read outrageous stories about his life and adventures. 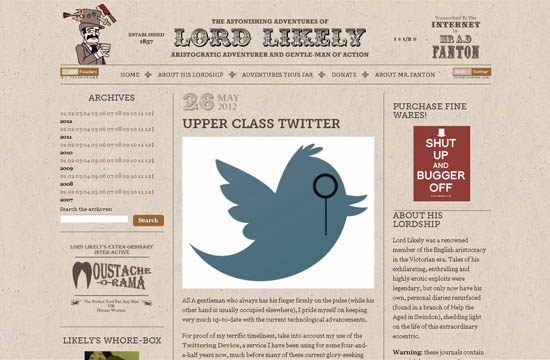 This is the official website of Japanese artist Kazuhiko Nakamura. You can marvel at the numerous prizes he has won during his longstanding career and at his art - "a surreal hybrid of man and machine, a hard marriage of metal and flesh". 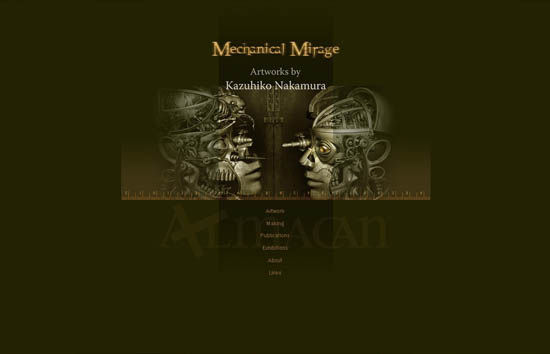 This is the official website of artist Myke Amend, surreal pop fantasy painter, engraver, sculptor, and woodworker from Cincinnati, Ohio. It contains his steampunk, gothic and horror mixed media artworks. 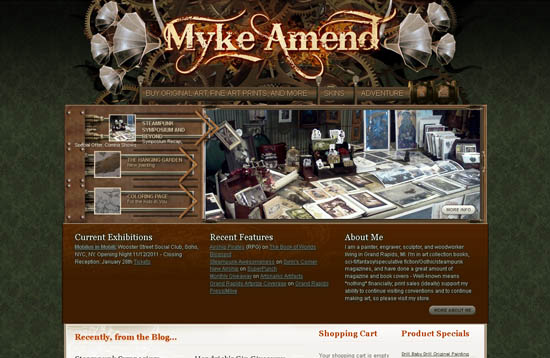 This is an Internet based publication in sync with the lunar phases (meaning that it is released at every other month's full moon) and a cool collection of imaginative projects. 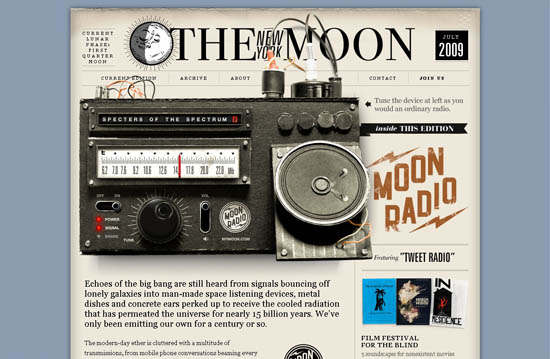 Conselho Steampunk is a Brazillian website created by the Steampunk Council from Rio de Janeiro as a place to share related news, events, designs, music and more. 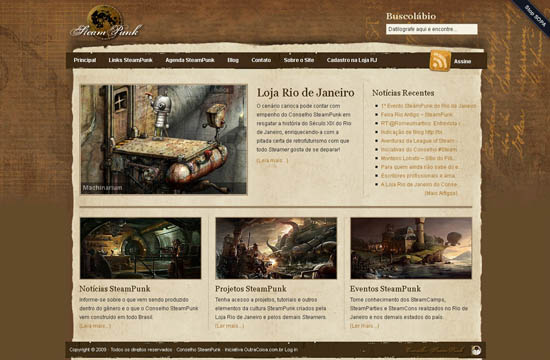 The Loja São Paolo is actually linked to the above mentioned website. The things that set them apart are the city in which the council is based and the fact that this particular one also contains a forum, where steampunk aficionados can discuss related topics. 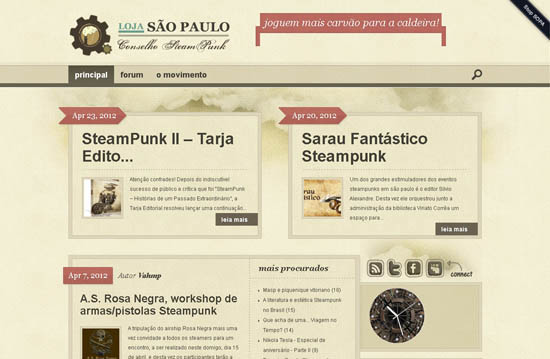 The title of this websites gives us a pretty good idea about its purpose. It contains numerous steampunk inspired graphic novels, sketchbooks, photography, magazines, trading cards, toys and other fun items for the passionate. 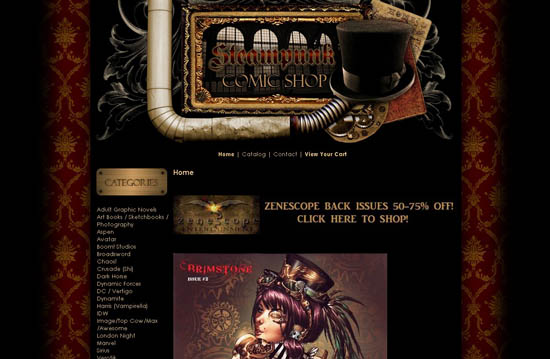 The Steam Emporium has been created as a collection of the coolest gadgets and artifacts related to the steampunk genre. It also contains news about upcoming events and art shows. 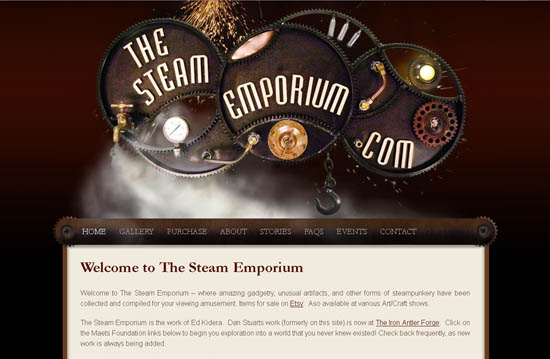 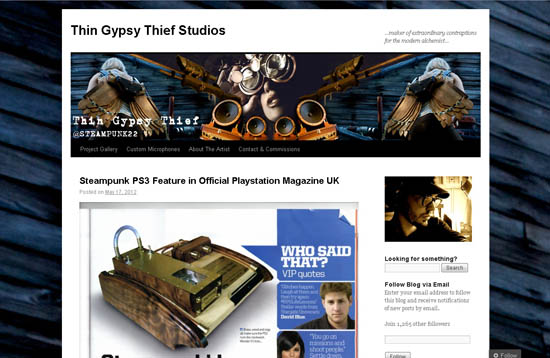 This is award winning artist David McCamant's website, where he guides visitors through a unique journey in imagery of the Nautilus from Twenty Thousands Leagues Under the Sea. 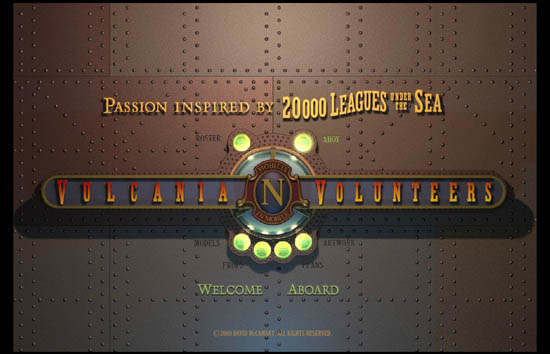 So what's the next step if you're a designer and you just decided you love this style? You'll continue to scroll down through a list of steampunk inspired design resources for your web interfaces. Because putting an extra effort in the details makes the whole more than just the sum of its parts.

How to Create a Steampunk Style Illustration in Photoshop 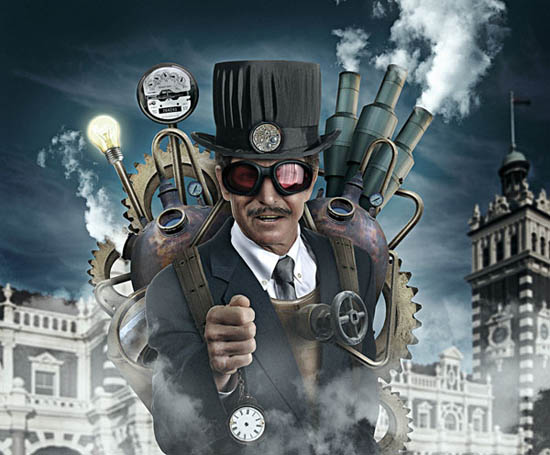 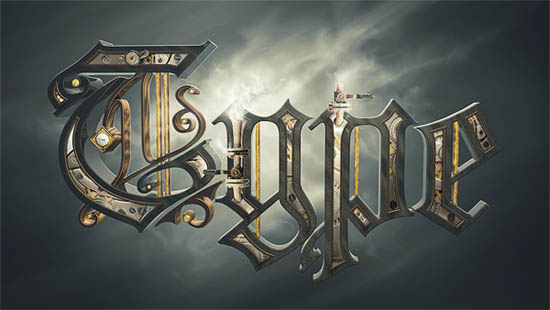 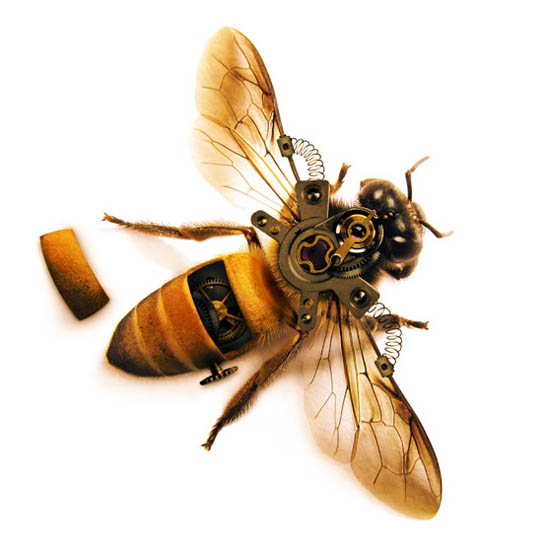 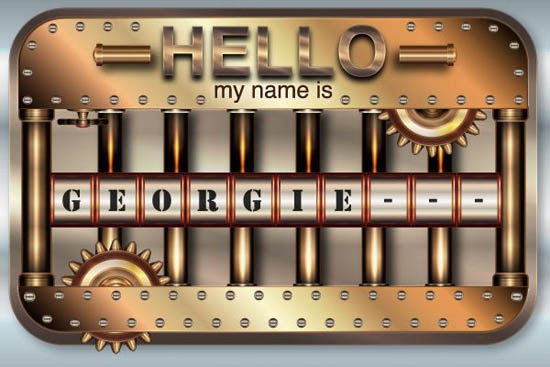 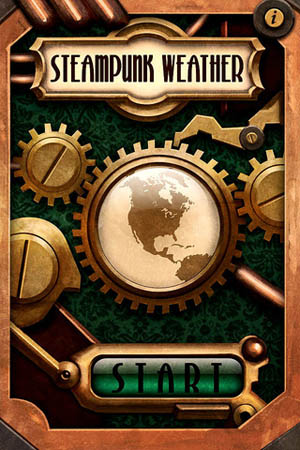 We've begun unraveling the mysteries of the steampunk genre together and have taken the first baby steps inside this fascinating fictional world. To take it further share with us. Have you encountered other websites with steampunk inspired landing pages or interfaces? Would you use elements from this unique style in creating your own website? Why or why not? (rb)
314
SHARES
ShareTweetLinkedin

Andra Postolache is a young blogger, design enthusiast and the Editor at Designious.com, Pixel77.com and Inspirationmix.com. Follow her on Twitter to stay connected to the latest design news.