UX Design: What Augmented Reality Can Do for the User Experience Even outside of games and questionable pleasures, the possibilities of augmented reality are massive. How can the user experience benefit from it in UX design?

What Does Augmented Reality Mean?

All technological developments that expand the senses of a human with abilities that he wouldn't have otherwise are considered augmented reality. Most of the time, this is done by displaying additional information from digital sources on real-life elements.

Examples of Existing Augmented Reality Applications for Anyone

The most prominent example should be the hit game of Summer 2016: Pokémon Go. Here, players actually walk through the streets of their city. The city is equipped with virtual battle arenas, and other hot spots with tasks to do, items to collects, or battles to fight. Additionally, players constantly meet Pokémon to capture. The tiny monsters are displayed on the smartphone's camera image as an overlay, creating the feeling of actually catching a Pikachu at the lantern on the corner. Before Pokémon Go, the AR game Ingress already excited thousands of players, though not even close to as many as the pocket monster app, peaking at daily revenues of 10 million USD a day. [caption id="attachment_104749" align="aligncenter" width="1024"] 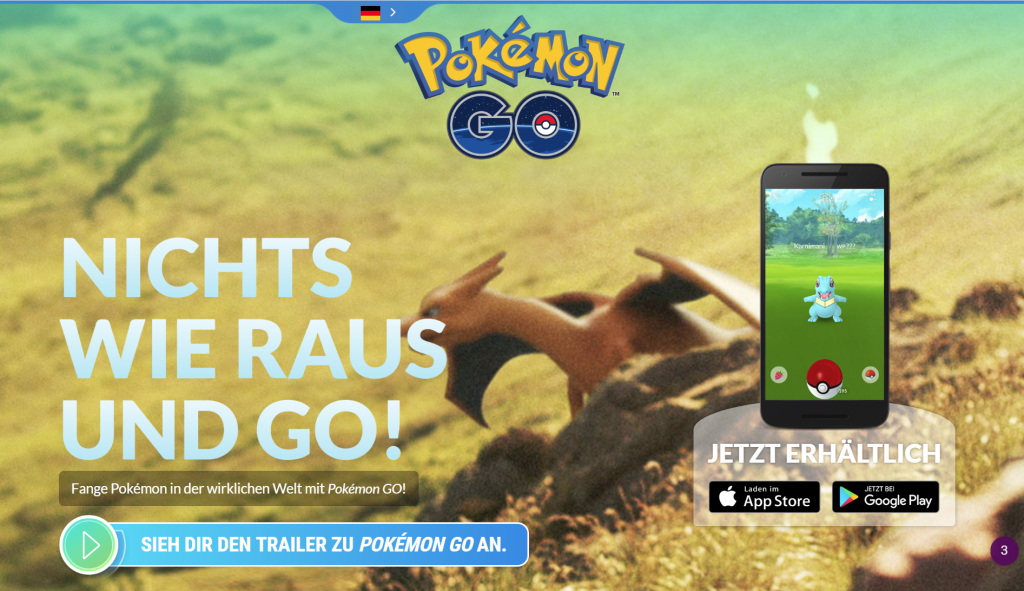 The world's first AR experience with mass appeal: Pokemon Go (Screenshot: D. Petereit)[/caption] "Augmented Reality" doesn't end with catching virtual toys, however, and is capable of much more. Soccer fans know AR scenes from every game analysis. Even live, during the game, information regarding the distance between the shooting player and the goal is displayed as a virtual line. During an analysis, AR is used to visualize how the team moved on the field. Oftentimes, this allows complete amateurs to see the mistake that led to the avoidable winning goal. This kind of visualization has established itself across all areas of sports reports over the past years. For females, there's a whole bunch of apps that use AR elements. Here, you get to try hairstyles, try on new clothes, or come up with makeup ideas. Some of the apps work with static images, but an increasing number of apps is using augmented reality, placing the elements on the selfie camera's live image. This category also includes the pseudo-funny badges and stickers we can use on Snapchat. We put dog ears, horns, crazy makeups and more on our selfies. You don't have to understand it, but the success tells us that this struck a nerve of the mainstream. For quite a while now, the creators of navigation apps have been trying to provide solutions that project navigation information onto the windshield, so that the driver doesn't have to look back and forth between the road and the navigation app. These systems have yet to establish themselves on the mass market. For the future, however, we can be sure that this is exactly how we're going to use navigation apps. Aside from the directions themselves, we'll also receive visualized information on the current traffic situation. A few years ago, the AR pioneer Wikitude came out with an app that allowed users to display information on buildings and institutions of any city through the camera view. This made the tour guide redundant. The catch was that Wikitude was a massive energy drainer, preventing long sightseeing tours. Today, Wikitude is a product that allows for DIY AR projects. Wikitude is licensing the technology. One example for this is the furniture catalog app Roomle. [caption id="attachment_104750" align="aligncenter" width="1024"] 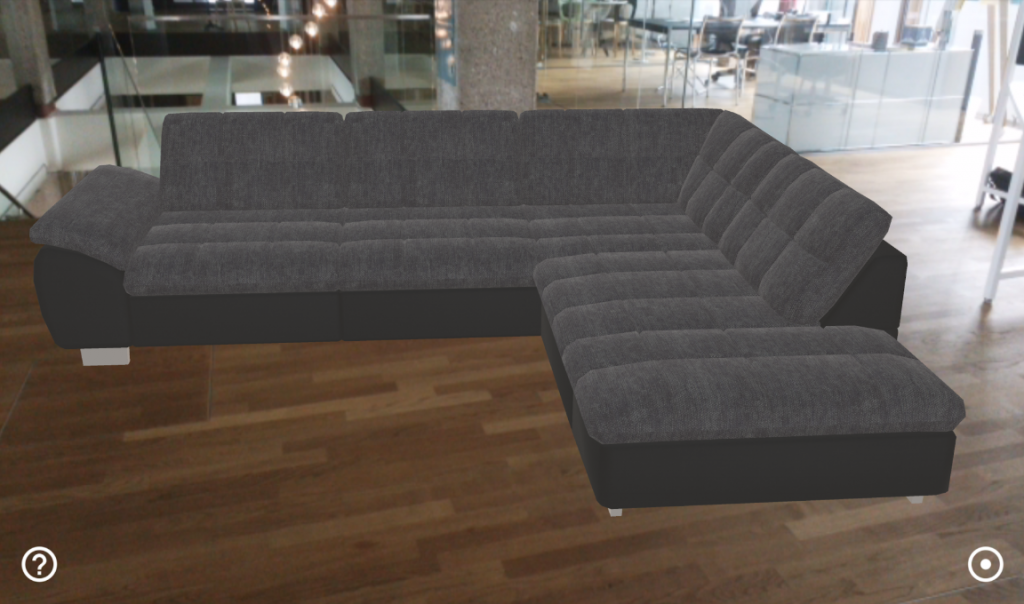 Roomle is one of the most developed AR furniture planning apps. (Screenshot: D. Petereit)[/caption] As you can tell from the image above, Roomle lets us display virtual furniture from the catalog in our own rooms. On top of that, the tool also allows for 2D and 3D room planning, making it more than a pure AR app, although the latter aspect is probably the most significant one. Roomle works with all common 3D technologies, like Apple's ARkit, Google's ARCore and Tango (RIP), as well as Microsoft's Holo Lens. IKEA's iOS exclusive app Place, which uses the technology of the ARKit takes a similar approach: [caption id="attachment_104748" align="aligncenter" width="1024"] 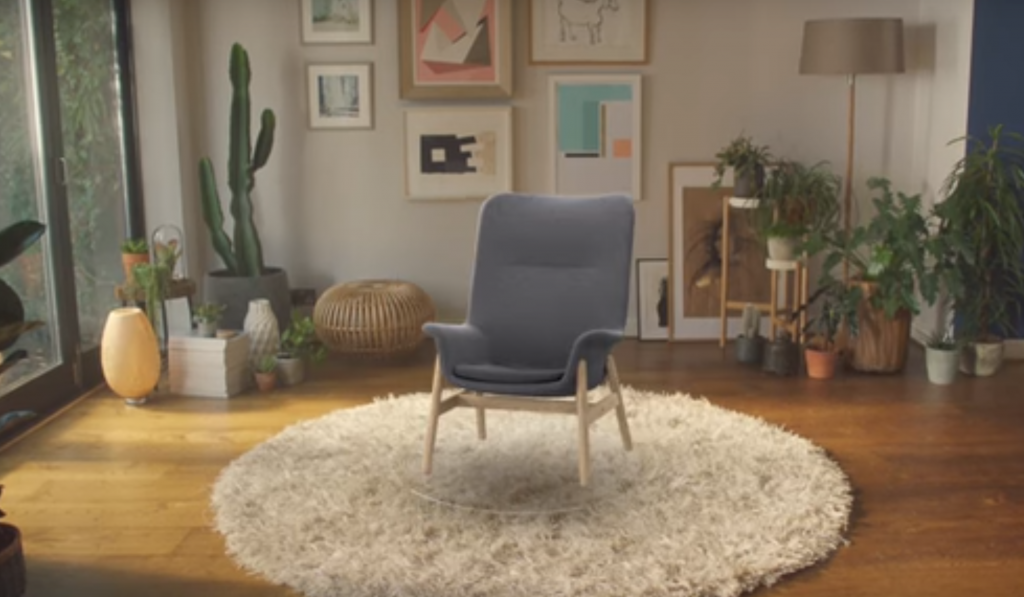 IKEA Place: the future of buying furniture; but not that convincing today. (Screenshot: D. Petereit)[/caption]

In the medical area, AR can make the work of surgeons easier. There are model projects already. Pilot training, which has always worked using virtualized technologies, also benefits from the options of augmented reality. The entire educational sector could be revolutionized by this technology. When it comes to the maintenance of complex machines, like planes or ships, the option of receiving information on potentially defective parts during the inspection could be a big step towards higher efficiency and even safety. Experts have no doubt that augmented reality will establish itself. The only point that opinions differ in is regarding the time it takes for that to happen. Will AR gain big time relevance in five, ten, or twenty years? After the failure of Google Glass, there's still a lack of technology that would allow us to make use of existing potential of augmented reality. Currently, Microsoft's Holo Lens is the only option worth mentioning, and it is not really capable of providing impressive experiences either: https://www.youtube.com/watch?v=yADhOKEbZ5Q

What Does Augmented Reality Mean Under the Aspect of UX?

Augmented reality can only be called that when it is able to recognize and process information in the context. Additionally, it has to be able to react to environmental changes automatically, and without delays, while requiring little to no input by the user. At the same time, the technology mustn't restrict the user. It has to integrate into the user experience seamlessly, with the goal to improve it. This means it's a headless technology that requires no user-sided interaction. Now, you may say that it didn't need UX design either if that's the case. This may be true for the visible environment, but it's proven to be false if we take a closer look. https://www.youtube.com/watch?v=lK_cdkpazjI In order for the technology to work without actually manually controlling it, it requires more control orders than before. The difference is the fact that the steering is done by the environment rather than by the user. Thus, it actually does require a very extensive design of the outer controls for the technology to be able to accomplish the goal of seamless integration in the first place. Leave out one important sensor and take a look at the UX. Even what is shown has to be identified through thorough UX design, though. Let's take the maintenance engineer that crawls through the plane, and identifies a potentially defective part, for instance. Which information does he receive from the AR technology? He certainly doesn't need to know who was the first one to build a part of this kind, and for which type of machine it was built. Instead, he should only receive the information required for the situation. The information output is a major part of UX design, in terms of both content and form. In the future, verbal communication at the human-machine interface will gain significance. How does the machine react to the speech input of the user? What input options are provided? All of these, as well as the question about the technological capacities, are still questions of UX design.

What Can Augmented Reality Do for the User Experience?

The examples from the previous paragraphs should show you that properly designed AR can be a true boost to the individual user experience. The Nielsen Norman Group identifies three core topics where AR is especially helpful: It's evident that this kind of supported user experience is superior to the one we have today. However, it is also a basic assessment that all of these advantages can only be effective when the AR system is well thought-out and designed. This, deliberately bad video is a rather impressive proof that AR does not always work: https://vimeo.com/166807261

What UX Designers Should Do Now

It's too early to dive deep into AR technology. Sure, the UX design for headless interfaces will be an important core competence in the future. However, we're not really able to gain experience in that area as of right now. What UX designers can and should do now, is to experiment with established technologies, such as 360-degree videos, and virtual reality. Even if these experiences will not really cover the challenges of AR, they broaden your horizon in the right direction. This is important, as your approach will have to change fundamentally.

Home » UX Design: What Augmented Reality Can Do for the User Experience