Women in Web Design and Development

5.4k
SHARES
ShareTweetLinkedin
By Andy Walpole The 20th century was witness to phenomenal social and economic changes in the status of women. Suffrage has been widely adopted around the world, anti-discrimination legislation is commonplace, contraception is widely available and abortion is legal. These have all dramatically improved the position of women in society. One could argue that women—at least professional ones—now have more control of their own lives than at any other time in history. Yet, there is still a lot of unease among women in the Web design and development industry about their subordinate position in what is widely viewed as a Web patriarchy. This unease regularly erupts into open debate, just as it happened following a recent edition of the Boagworld podcast. 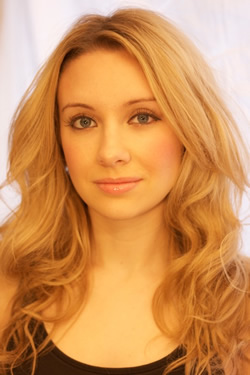 Sarah Parmenter, You Know Who design studio. Boagworld is a popular weekly podcast created by Paul Boag and Marcus Lillington. To celebrate their 200th show, they held a 12-hour marathon featuring many leading names in the online creative industry. One of their guests was Sarah Parmenter who has developed a successful career for herself with You Know Who design studio. Coming from Essex, a county in England that has long been the brunt of misogynist jokes about being the home of “dumb blond” women, she was shocked to discover that similar openly offensive attitudes existed in the Web design community, as she herself explains:

“Boagworld was broadcasting live for 12 hours on the Internet, and we were all pulled in at various points via a Skype video link, and in the broadcast there was also a Ustream chat. During the day I was logging on and I noticed it was getting very personal about people, and users were getting very impatient with the technical difficulties they were having. So, when I came on to do my slot I made the decision to turn the chat off, as I'd rather not be able to read it back and see what people were saying about me. “As far as I was concerned, the broadcast went well and we had a laugh. Then I looked at my Twitter feed and looked at my emails, and people were appalled at the language of the chat room when I had been talking about Web design.”

The juvenile comments cut to her core because they ignored her worth as a Web designer and questioned whether she achieved her current position because of her good looks. Rachel Andrew, another speaker from that day, gives her take on the incident:

“It was just really odd. People started making these comments, and you would look at them and think, 'I can't believe that people are even making comments like that—that's really weird.' I think everyone who was involved with the day more or less ignored it. It was very nasty and very personal, and it wasn't even, 'Oh, I don't think this person is any good.' They were just nasty comments.”

Unfortunately, Sarah had informed her clients earlier about her appearance and then had to spend the rest of the weekend, equally enraged and embarrassed, doing damage control. 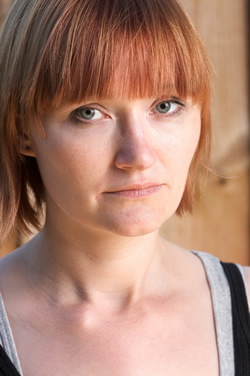 Women in the Online Creative Industry

Accurate figures are hard to come by, but one estimate says that men outnumber women in the Web design industry by roughly three to one. Anecdotal evidence suggests that this disparity widens even more sharply among back-end coders. There are still some places with many female business owners, however. But this number is still not enough. According to a report commissioned by An Event Apart in 2007, women not only are in a small minority but are also more likely to be overlooked for promotion. This has been the subject of much debate in the community, with a wide variety of reasons being given for the gap. Some wonder whether women's supposed innate sociability is incompatible with the circumstance of working for hours and hours in isolation in front of the computer. Others lament the lack of prominent female role models for the next generation of students. Many people believe that designers in the community are welcoming and progressive in their views, but evidence shows that this is not always the case. 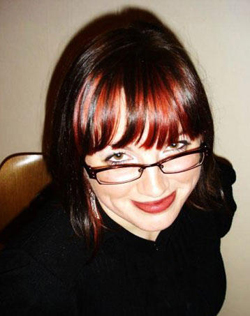 Amy Cullen, Minneapolis, Minnesota Amy Cullen works for a prominent Internet company in Minnesota. She has persevered in her job despite the initial frosty welcome from her male co-workers:

“When I first started out, it was quite painful. A lot of them actually thought I was too dumb to deal with it and that I wasn't going to get it, and they were very curt when I asked a question. To them, it was the dumbest question ever, and they had no qualms letting me know it was. But you have to grow a thick skin and move beyond that. “It was a bit of a surprise because it is a new field of work. You kind of expect it with construction, which has been around forever and is a typical man's job. But with something so new you don't necessarily expect that”.

Although Rachel Andrew's now runs her own company, she has previously worked in all-male workplaces:

“It has never really flustered me. I've worked backstage in theater, and you don't get a more blokey environment than that. I'm fairly used to it, but I don't think you should have to be used to it because it shouldn't occur really.”

In 2007, Arizonian Kathy Marks issued a militant call to exclude men from the debate:

“I actually don't want to discuss this issue with men at all. Frankly, I feel that men don't really have a place in the solution to this problem, and so I'd prefer to leave them out of the discussion altogether.”

The comment came after she witnessed an ignorant contribution from a male attendee at a conference. Asked now whether her stance would lead to ghettoizing rather the demolishing of walls, she has recanted her previous comment:

“I am concerned about the lack of women in our industry and in IT in general. It bothers me that there are so few of us and that our numbers are decreasing rather than increasing. We need more women in the sciences and in engineering. Why are there fewer and fewer of us? “The problem isn't that we need to be separated out—we've been separated out. That's the problem, not the solution”.

Elizabeth Naramore is co-founder of PHP Women, which was formed in 2006 expressly to promote the status of women who work with coding languages. But it is not a women's-only group, and three men serve on the nine-person organizing committee. Echoing Kathy's recent remark, PHP Women is particularly keen to break down any barriers between the sexes. Explains Elizabeth:

“I was chatting with a friend on IRC, and we didn't see too many women in the industry. It's like, 'Where the hell is everybody? Surely we aren't the only ones?' So, we started [PHP Women], and now it's grown tremendously, and I'm glad that women don't feel so isolated.”

She has nothing but good things to say about its reception within the wider PHP network:

“We are so incredibly lucky. We have so much support from the PHP community at large. It is absolutely tremendous. The guys are behind us 150%. They are as big advocates for us as anyone. They even buy our t-shirts and are wearing them.”

Elizabeth herself speaks at a number of conferences, but the lack of women speakers is noticeable at most design gatherings. When it comes to figuring out a solution, few are enthusiastic about instituting minimum quotas for female speakers or establishing all-women seminars. Canadian freelancer Vivien Anayian cites the lack of child-care facilities as a turn-off for some:

“The problem is, who are women are going to leave their children with, because they are mothers. Fathers can go to a conference, and their wives will stay at home with their children. I see in the industry that if there is an acclaimed woman designer, she either doesn't have any children yet or her children are grown up and she can spend time promoting herself.”

No doubt, thousands of teenagers and students are thinking of pursuing a career in website design. The ever-expanding Web indeed offers fulfilling and challenging jobs to those who are prepared to work hard. But any women who enters the industry—as in any other—needs to go in with her eyes wide open. Elizabeth Naramore offers practical advice to those contemplating this path:

“Make sure you find yourself in a community where you feel comfortable, whether it is PHP Women or a local user group. Find yourself a community, integrate in that community, and keep them around for moral support and guidance. If you are out there on your own, you'll have no one to bounce ideas off; and the first time you come up against something negative or some jerk treats you wrong, that can be very intimidating, and it can be very hard on your motivation.”

Groups that are open to new members include WordPress meetup groups, Drupal, registered Joomla user groups, PHP user groups, Ruby meetup groups and Bay Area Girl Geek Dinners. In fact, if you search with the query web design on meetup.com, you'll find over 1,000 separate entries. Perhaps you are already involved in a local association that seeks fresh faces. If so, post the details below. The last word comes from Vivien Anayian, who leaves us with a plea for female honesty:

Andy Walpole is a freelance web designer and developer in London. You can read his blog here: http://www.suburban-glory.com/blog (al)
5.4k
SHARES
ShareTweetLinkedin