169
SHARES
ShareTweetLinkedin
A lot of my friends are C# or C++ developers. They are used to use inheritance in their projects and when they want to learn or discover JavaScript, one of the first question they ask is: “But how can I do inheritance with JavaScript?” 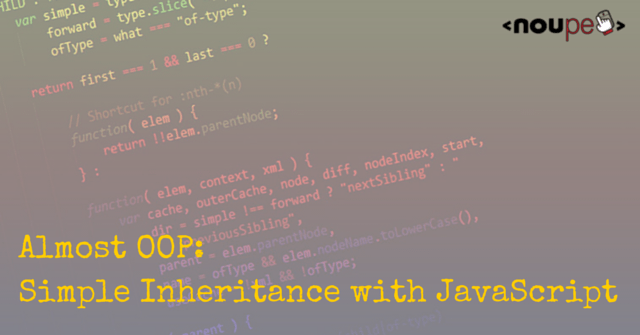 Actually, JavaScript uses a different approach than C# or C++ to create an object-oriented language. It is a prototype-based language. The concept of prototyping implies that behavior can be reused by cloning existing objects that serve as prototypes. Every object in JavaScript depends from a prototype which defines a set of functions and members that the object can use. There is no class. Just objects. Every object can then be used as prototype for another object. This concept is extremely flexible and we can use it to simulate some concepts from OOP like inheritance.

Let’s image what we want to create with this hierarchy using JavaScript: 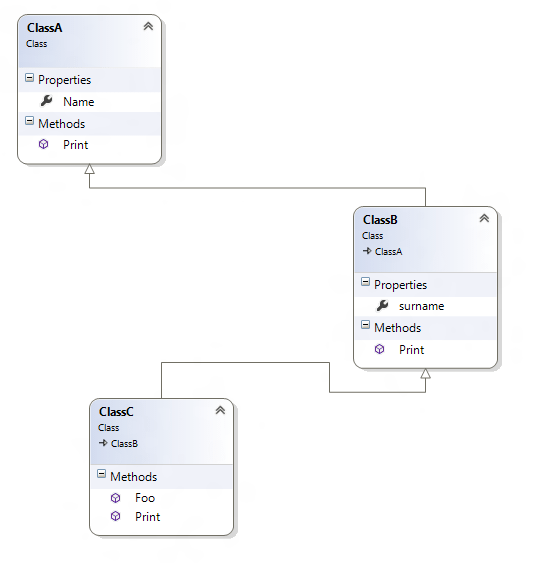 First of all, we can create ClassA easily. Because there is no explicit classes, we can define a set of behavior (A class so…) by just creating a function like this: This “class” can be instantiated using the new keyword: And to use it using our object: Fairly simple, right? The complete sample is just 8 lines long: Now let’s add a tool to create “inheritance” between classes. This tool will just have to do one single thing: Cloning the prototype: This is exactly where the magic happens! By cloning the prototype, we transfer all members and functions to the new class. So if we want to add a second class that will be child of the first one, we just have to use this code: Then because ClassB inherited the print function from ClassA, the following code is working: And produces the following output:

We can even override the print function for ClassB: In this case, the produced output will look like this:

class B I’m the child

The trick here is to call ClassA.prototype to get the base print function. Then thanks to call function we can call the base function on the current object (this). Creating ClassC is now obvious: And the output is:

It might surprise you a bit, but Microsoft has a bunch of free learning on many open source JavaScript topics and we’re on a mission to create a lot more with Project Spartan coming. Check out my own: Or our team’s learning series: And some free tools: Visual Studio Community, Azure Trial, and cross-browser testing tools for Mac, Linux, or Windows.

To conclude, I just want to clearly state that JavaScript is not C# or C++. It has its own philosophy. If you are a C++ or C# developer and you really want to embrace the full power of JavaScript, the best tip I can give you is: Do not try to replicate your language into JavaScript. There is no best or worst language. Just different philosophies!

David Catuhe is a Principal Program Manager at Microsoft focusing on web development. He is author of the babylon.js framework for building 3D games with HTML5 and WebGL.  Read his blog on MSDN or follow him @deltakosh on Twitter.