Glorious Past, Challenging Future: Taking A Closer Look at Joomla!

6
SHARES
ShareTweetLinkedin
Today, I shall be focussing on yet another Content Management System. In previous months, we have discussed MODX and Concrete5. In the following article, I will turn your attention towards Joomla! Considering the fact that version 3.0.2 has just been released this past November, it makes sense to look deeper into it. Joomla! evokes a mixed reaction from users. There are many who like the CMS and choose it for their websites, whereas there are others who dislike it from the core of their hearts and no matter what happens, wouldn’t bother using it. In any case, it is quite clear that when it comes to Joomla!, it is difficult to stay neutral. You will either like it, or hate it.

Taking A Closer Look at Joomla!

Moreso than any other CMS, Joomla! is widely known. In fact, it powers various websites, both big and small, and serves a varied set of users. If WordPress is the world’s most popular CMS, Joomla! isn’t an anonymous entity either. Plus, when WP was still in its initial stages, Joomla! was hailed as the industry leader when it came to open source CMSs. But that's been long-since...

Naturally, Joomla! is not a minnow and thus, needs to be treated accordingly. As a result, I will not be discussing the usability and community of Joomla! in detail. Instead, our focus shall be on its popularity and current user base.

Let us first focus on some records. Joomla! is an award-winning CMS, and it powers the likes of United Nations, General Electric, IKEA, Barnes & Noble and even Pizza Hut! Impressive? Well, there is more. Various government organizations use Joomla!, and the CMS also conducts a good number of events. http://www.youtube.com/watch?v=Qjnc0H8utks Joomla! also has its own community magazine. And its hub for developers is always brimming with activity, thereby showing the keen interest many people take in Joomla! All in all, Joomla! is not a CMS that can be understated or undervalued easily. Also, in my opinion, Joomla!’s parent organization has an awesome name. Yet... something is missing.

Go back a few years, when WordPress was not yet the apex CMS. What do you remember on the CMS scene? Correct, it was a three-way battle. WordPress, Drupal and Joomla! -- all three of them were battling it out for that much-coveted first position. Eventually, WordPress managed to win, but even after that, Joomla! did not fade into oblivion. In fact, even though WordPress soon established itself way ahead of the pack, Joomla! continued to stay in the number two position, well ahead of Drupal. [caption id="attachment_73989" align="alignnone" width="550"] 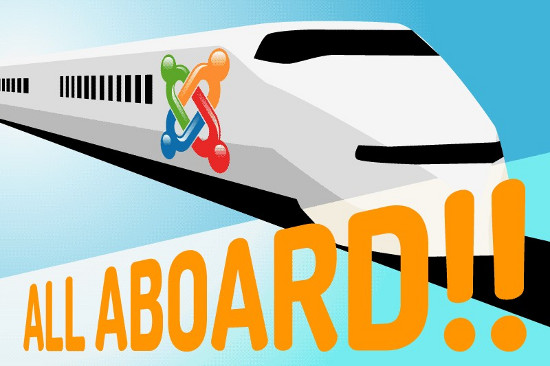 Image Courtesy: Joomla! Magazine December 2012 Issue and @helvecio[/caption] However, today, when we look back on all of that, something seems to have terribly gone wrong for Joomla! Agreed, even to this day, Joomla! is doing way better than most CMSs out there (as is clear from the previous sub-section). Yet, in spite of all of the achievements and accolades, Joomla! is no longer the axis mundi of the web development scene. In fact, truth be told, I would not be surprised if I were told that Joomla! nowadays has more haters than lovers. Argue for or against this statement, but I can assure you, Joomla! of today is not even half as popular as Joomla! of yesterday. Why? Let us try to figure it out.

For the sake of clarity, I will be referring to version 3.0 only. If you haven’t yet seen it in action, check out the demo here. Once you look at the demo installation of Joomla! 3.0, you will notice that the CMS is trying hard to match pace with new trends. Even the default homepage resembles WP’s flagship theme Twenty Twelve, more than previous versions of Joomla! itself. Does this help? Probably not. Here is why: There can only be two reasons in trying to be ‘like WordPress’: either you want to be WP itself, or you want to be as successful as WP. In any case, there is a small problem: WordPress has a user base which uses WP for a reason, and unless you provide a better reason, that user base will not bother migrating. In fact, the era of all-encompassing CMSs is now over. Nowadays, the trend is to use specialized tools. If you want ease of use when creating a simple portfolio or a magazine website, you will go for WordPress. If you want additional control over your website and customization abilities, you might consider MODX. If you are not willing to invest into the learning curve, yet don’t want to count on WP, you might look at Concrete5. Furthermore, if you are using WordPress and want to create a photoblog, you will make use of relevant plugins, and model your CMS to suit a photoblog. The writing and typography plugins will not be of use for you, and you wouldn’t care much if they were to perish tomorrow. Similarly, if I use Habari because it is swift and nimble, I will stick with it as long as it remains so: the day Habari becomes another Drupal, I will leave it. In other words, if someone uses a given CMS, they have a good reason for that. Joomla!, though being a powerful software in its own right, is nowadays unable to provide that very reason to win new converts.  [caption id="attachment_73990" align="alignnone" width="550"] 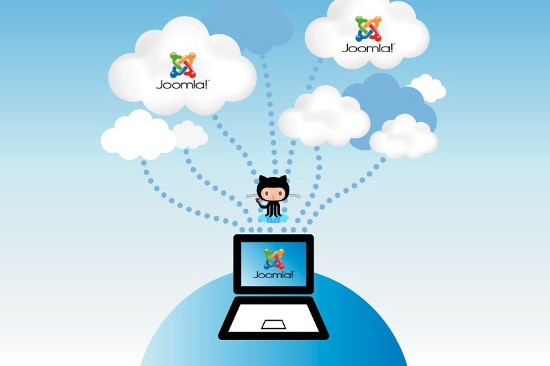 Image Courtesy: Joomla! Magazine December 2012 Issue[/caption] Next, I feel that Joomla! is following the wrong model. Many Joomla! users will deny it, but the current "everyone’s CMS" model is not working for Joomla! Once again, let us turn to MODX. How has MODX managed to survive and create a niche for itself in a world dominated by WordPress? By projecting itself as a CMS that does certain things which others do not: it lets you have control over every aspect of your website; even the post editor settings are tweak-friendly as soon as you install the CMS. Thus, if someone were to ask a MODX user, "What is the USP of your CMS?", a prompt reply will be "Customization". Joomla!, on the other hand, is caught in a conflict of duties between abstraction on one hand and customization on the other. But it cannot ride two horses at once. Lastly, Joomla! is addressing the wrong issues. Look at version 2.5, and then look at version 3.0 Does the interface look better? Maybe. But does it seem more helpful and usable? Nope. Head to the Create An Article page in the Joomla! admin, and you will know exactly what is wrong with the CMS. If your article editor is a bloated mess, your other features will not matter. A good software is one which makes your life easier. A good CMS will let you create content with ease. If you use the article editor in WordPress, Concrete5 or Drupal, and then head to Joomla!’s editor, I assure you, it will not be long before you start swearing at Joomla! But the article editor is just one face of the coin. The Components menu needs to be revamped. Agreed, it may be serving many useful purposes, but overall, it is a mess. If you need to look up the documentation every ten minutes while using a menu, you know your CMS is not user friendly. Similarly, turn to the Extension Manager and Module Manager. Again, not really intuitive, is it? As of now, Joomla! seems to be making the same mistake that b2Evolution and LifeType did -- over-doing things. Having multiple dishes on the dining table is always a good idea, but compelling your guests to eat it all by forcibly placing every dish in their plates isn’t.

Trust me, I am not a Joomla!-hater. If I were to confess, I love Joomla! because I am an open source guy, and also because I am rarely impressed by Automattic’s version of open source. However, it does seem painful to see a wonderful project lose popularity with each passing day. What do you think of Joomla! as a CMS? Do you agree with my views, or do you think Joomla! is doing the right thing? Have your say in the comments! (dpe)
6
SHARES
ShareTweetLinkedin