Joomla! Does WordPress Spell Doom For It?

4
SHARES
ShareTweetLinkedin
Earlier in January, I wrote an article about Joomla!, wherein I discussed the present trends and future prospects of Joomla! In this article, I shall be comparing Joomla! to WordPress. However, my focus shall not be on mainstream comparison metrics such as ease of use, user interface, etc. Instead, I will take that as granted (seriously, if you are reading this, in all likelihood, you have tried both Joomla! and WordPress, haven’t you?), and focus more on reasons why Joomla! is losing out to WordPress. If, for some reason, you are looking for a more graphical comparison, Noupe has got you covered here as well.

Joomla! -- Why Can it Not Match WordPress?

Certain obvious points first: WordPress has a much larger market share as compared to Joomla! This does not really come as a surprise to anyone: WordPress is way more user friendly and has a simpler mode of functioning. Joomla!, though younger than WordPress in terms of age, has more core versions to its credit. However, having a higher number of core releases does not essentially add up to the fact that the software is usable too. http://www.youtube.com/watch?v=Qjnc0H8utks Along similar lines, the market share and popularity of WordPress cannot be matched by Joomla! WordPress has surpassed Joomla! in terms of numbers, like it or not. Thus, if you are looking for statistical figures about user base and number of templates as a comparative yardstick, don’t bother looking -- WordPress wins easily, and yes, WordPress users often consider this to be a good enough reason for humor. Still, if Joomla! has been around for ten years, there must be something that it is doing right, isn’t it?

The benefits of WordPress are known to the world: faster and simpler blogging, easy management, no rocket science required, great collection of third party help resources, market popularity, and so on. When it comes to Joomla!, however, the same benefits are harder to find. Upgrading from one major release to another has always been a pain for me, and I have never been happy with Joomla!’s SEO features, to be honest. Speaking of positives, I personally appreciate the fact that the Joomla! repository is not overcrowded like that of WordPress. Yes, this is not something Joomla! deserves credit for -- after all, it is not even half as popular as WordPress, so obviously the repositories will have lesser content. But at the end of the day, having less plugins/addons thrown towards you helps you find the right one. It is easy to pick the ideal plugin out of ten plugins, as compared to finding the same ideal plugin out of 1000 plugins.

Sadly, this is a two-edged sword. Joomla!, with its modest market share, does not command the same amount of love from internet users as WordPress. Look at Noupe: you will find a separate category titled "WordPress", not "Joomla!" or "Drupal". The same logic applies elsewhere too: search for help resources, documentation, tutorials, free/premium themes, and so on. WordPress is all over the internet; Joomla! isn’t. Now, before going any further, let us have a recap: Wow! Seems like we have a winner: WordPress. Hooray! End of article, I guess? Nope.

Agreed, Joomla! has way lesser users than WP. And its count of addons and plugins is less too. But that does not actually mean everything is as dismal as it seems to be. Thing is, most, if not all, Joomla! users have some sort of working knowledge of development. Blame it on Joomla!’s poor abstraction, but there used to be a phase when you could not get even the simplest tasks done without tweaking the CMS. While this made Joomla! lose out on the user count game, whatever is left with it (mind you, 35 million is not a small number in itself), consists of folks who know their game. In other words, Joomla! users manage to get work done because they do not actually need third party goods: if a user feels a plugin is needed, he or she codes the functionality, instead of looking up the repository. This is precisely the reason why Joomla! has survived, and even managed to attract a decent audience. [caption id="attachment_77236" align="alignnone" width="550"] 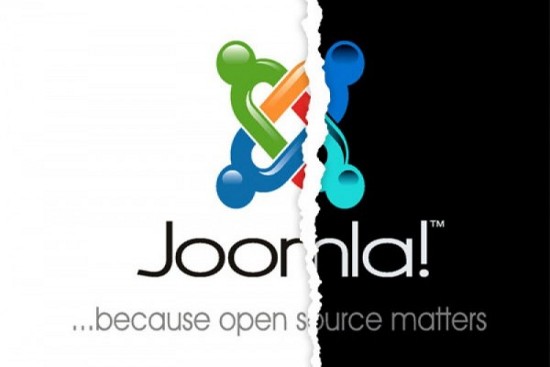 Image Courtesy: Joomla! Community Magazine[/caption] On the downside, however, Joomla!’s major flaw has been the fact that it hasn’t managed to evolve at an acceptable pace. For a good portion of time, when WordPress was talking about being retina-ready and what not, Joomla! was still struggling to match pace with the new trends. You cannot expect your users to do great things if your own house is not in order, can you? As a last note, there is another often overlooked yet extremely obvious reason behind the slow progress rate of Joomla! Assuming you wish to win converts by attracting WordPress users to migrate to your CMS, what will you do? Offering extra functionality, being better at any particular thing, etc. are all opinion-based answers. An easier approach will be to offer something that WordPress does not -- give functionality in the core itself and eliminate the need for addons. Yes, you cannot have everything in the core, but CMSs such as MODX have demonstrated time and again that if you try real hard, it is not that difficult to target the “missing from the core” drawback of WordPress. Joomla!, for some reason, has not yet noticed that. Ironically, even if Joomla! were to go the MODX way, it may not succeed -- Joomla! itself has a lot of functionality missing from its core.

Thus, it is evident that Joomla!, even though it has a good share of the market (I do not consider approximately 2.5% to be a bad number; 2.5% out of millions is still somewhere in hundred thousands), seems to be missing out in the CMS race. All in all, while Joomla! has had a glorious history and even today it powers some big names out there, as of now, it seems to be missing the mark in the race for the top CMS. It would be a shame if Joomla! were to disappear into oblivion, though -- it has always been a wonderful open source project, and one that’s always had a special place in my heart. What do you think of Joomla! as a CMS? Do you think it is headed towards extinction or is it doing just fine? Share your thoughts with us in the comments below!
4
SHARES
ShareTweetLinkedin

Home » Joomla! Does WordPress Spell Doom For It?