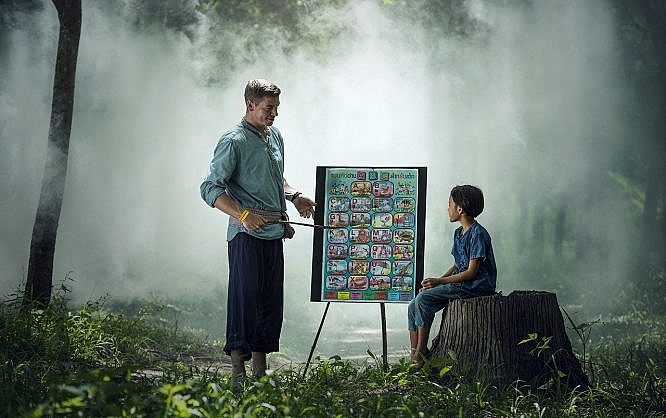 Learners Rejoice. Hackr.io unites 113 different topic areas on its landing page. Among them, you’ll find every more or less common programming language, as well as database technologies, and cloud services. For each of these subjects, the Hackr.io community collects the best learning material the worldwide web has to offer.

How Hackr.io Separates the Wheat From the Chaff

Quality is secured via multiple measures. Firstly, only registered and logged in users can send in tutorials and other material. Even after that, every submission is checked editorially, before becoming available online. Secondly, there’s an upvote mechanism, which is also only available to logged in users. On top of that, each of the listed tutorials can be commented on, so negative opinions should accumulate under a post rather quickly.

Users also earn so-called reputation points which, over time, lead to a score that allows other users to decide whether the submitter of a certain tutorial has proven to be competent or not. Additionally, “Olympic” medals (bronze, silver, gold) are awarded when certain activities have been completed on the platform, and have received positive feedback from the community. 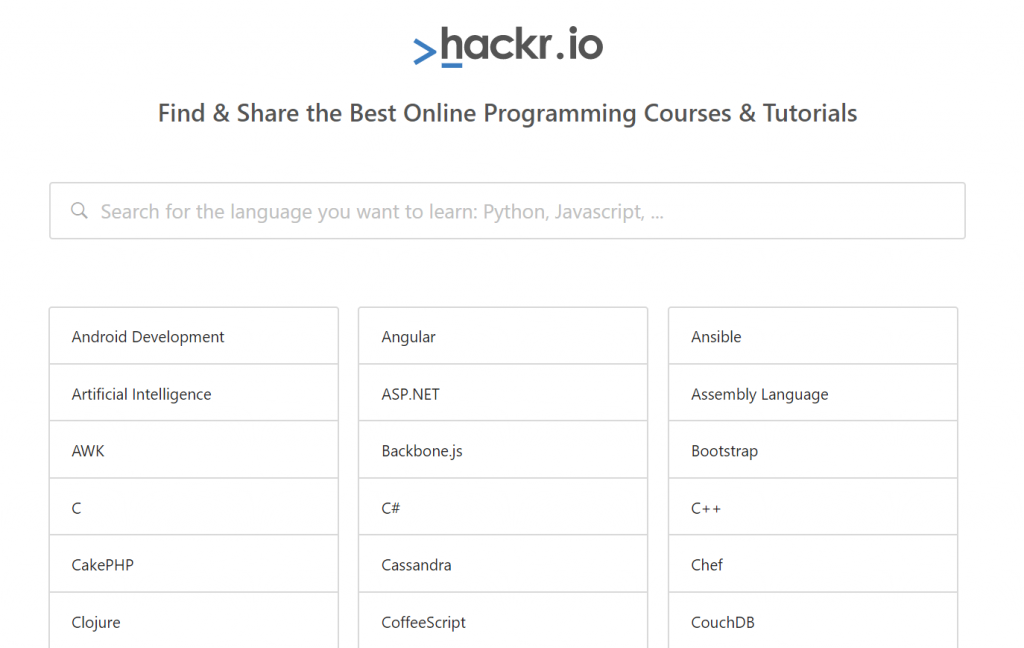 Hackr.io Gets You a Programming Buddy

A feature that I haven’t seen before is the offer to help you find a programming buddy, directly via the platform. Here, those interested in learning can discuss the same topics, and support each other over time. Hackr.io promises to be able to suggest your programming buddy within a few days. To do so, selection criteria, such as the preferred programming language, and other important aspects, such as the time zone in which the new friendships are supposed to be created, are being considered. Once the connection has been set up, you are free to communicate using any desired channel.

When it comes to the selection of topics, Hackr.io is more restrictive than free. Of course, there are thousands of tutorials on the web. Most of them, however, cover special topics, like “How to create a simple login via PHP.” Hackr.io doesn’t want to see this type of tutorials.

Instead, it wants learning material that explains the approach holistically, meaning that they want actual courses, and not just guides for individual tasks. Under this aspect, it is no surprise that Hackr.io hasn’t blown up yet and is not filled to the brim with material.

Getting to the content is simple. You either use the search bar at the top and enter a search term, or you manually browse through the 113 subject areas. Right from the lists, you can see the types of content, such as videos, as well as if the material is available for free right away.

Conclusion: Hackr.io is Worth a Bookmark

I think that the programming buddy idea is especially interesting, as soon as it works, however. Other than that, Hackr.io ensures quality suggestions, as the submissions have been checked before going online. If that wasn’t the case, using Google to find learning material would be just as good. But this way, Hackr.io provides a solid added value and should be a part of every developer toolbox.

Ioanni Mitsakis is front-end developer at a major European automotive supplier and responsible for the look & feel of their internal cloud-based apps. As his employer works internationally with distributed teams world-wide, a rock-solid development foundation is what Ioanni aims for. He better should ;-)
You are here: Home / Development / Hackr.io Compiles Tons of Learning Material for Common Programming Languages
Close
Do you want to read more similar stories?