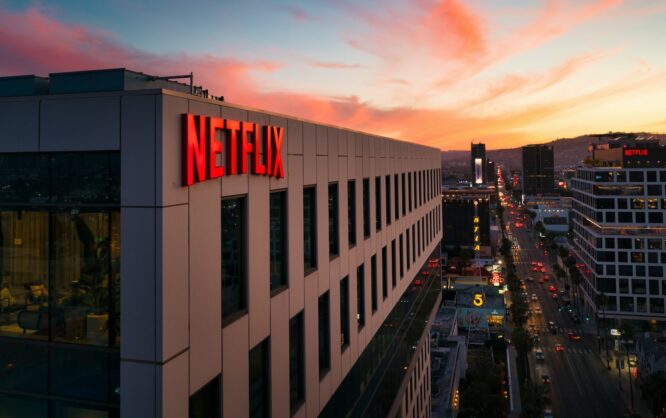 Netflix has seen an exponential rise in its user base after it expanded its operations to online video streaming services. The platform currently serves around 223 million subscribers and generated revenue of around $30 billion in 2021. Even after getting tough competition from Disney, Paramount, and other key players in the market, Netflix has successfully maintained its growth with time.

Though several on-demand video streaming platforms are introduced every year, the market still looks positive for new entrants to bridge certain gaps. A study from future market insights concludes that the video streaming market will grow to $750 billion by 2031 from $60 billion in 2020, registering an exceptional CAGR of around 24%.

In this article, we take you through a business model and process of building a video streaming app like Netflix.

The Story Behind Netflix's Success

Netflix initially started as a DVD mail service business in 1997. By 1999, customers could place their orders on Netflix’s website and DVDs were then mailed to them. And finally, in 2007, Netflix started streaming movies online directly to customers' homes.

From delivering DVDs to streaming wholly-owned shows, Netflix has emerged as a leader in streaming services after a long struggle.

Here are some stats regarding Netflix’s usage and growth:-

Business And Revenue Model of Streaming Apps Like Netflix

Netflix works with a subscription-based model where users subscribe to the application to watch the content for a fixed period depending upon the package availed. Netflix has no free subscription for its content, meaning that every user has to avail of the subscription to access the video content. However, Netflix does allow password sharing for its subscribers and a large number of users benefit from this relaxation provided by the company. The company recently announced that it will revisit its password-sharing policy in the coming times. 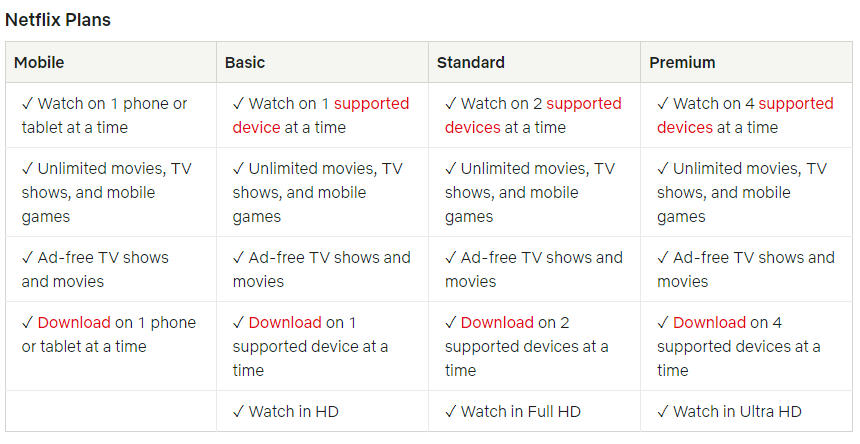 Further, Netflix has different monetization methods to generate revenue depending on its target location and audiences.

Some of the most used monetization models used by businesses in the similar domain are:-

Recently, Netflix has come up with a basic plan with ads for users in a few countries at more affordable rates.

Your video streaming application should have an easy registration process for users. A new user can become impatient and depart if they can't complete the task in a short amount of time. The process can be made as quick and easy as possible by including a sign-up through social media networks.

Analyzing customer behavior is one of the key features of making your app user-friendly. Your Netflix-like app should have a watch list feature that recommends videos to the viewers that match their interests.

Multilingual and multi-currency support help in targeting a wider audience across multiple regions. This also helps in building a connection with users to the next level and allows you to promote your services with more flexibility. Only 25% of internet users are native English speakers, so it becomes important to cater to the remaining 75% as well.

Most users abandon their purchases and subscription if they don’t get their preferred way to make their payments. It's important to have a payment gateway with multiple payment options including wallets and cards integrated into your Netflix-like mobile app to provide ease of payments to the users.

Though Netflix enjoys a huge fan base across the globe, there are some countries where Netflix is significantly popular among users. Below is a list of 10 countries with the highest numbers of Netflix users.

The United Kingdom accounts for 33.8% of Netflix’s user penetration. Black Mirror, End of the f**king world, and Collateral are the most-watched originals in the UK.

Germany has a 35.5% user penetration for Netflix. Dark and Babylon Berlin are the notable original series watched in Germany.

Finland has a 39.7% user penetration for Netflix with a population of 5.97 million. The most popular series in the country is Bordertown.

Australia has a large number of Netflix users. The current user penetration for Netflix in Australia is 42.7%. The most binge-watched originals in the state are Glitch and Letdown.

The country has 43.6% user penetration for Netflix with a total population of around 17 million. As per Statista, around 4.2 million households paid for Netflix subscriptions, and the rest relied on password sharing.

Sweden has around 50% user penetration for Netflix. Bonus family is one of the most-watched originals in Sweden.

Denmark has 59.4% user penetration for Netflix. Rita is the most-watched web series on Netflix in Denmark. The total population of the country is 59.03 million. In November 2021, around 52 thousand users downloaded Netflix actively through the App Store. In comparison, Netflix's active downloads through the Play Store amounted to about 57 thousand in that same month.

Canada with 56.3% user penetration comes as the country with the third highest user penetration for NetFlix. Alias Grace, Anne with E, Travelers, and many more web series are popular in the country. Canada as we know is also the second-largest country in the world.

Norway is the second-highest country with the highest user penetration of 62.4 % for Netflix. The country has a population of only 5 million. The most-watched originals in Norway are Lilyhammer, Borderliner, and Nobel.

The United States, where Netflix was actually born has 64.5% user penetration for Netflix. The country has the highest number of users for video streaming applications. Notably, the country also has a large population of 325.7 million. The most popular video content on Netflix watched in the United States includes Stranger Things, House of Cards, and many more.

It might be difficult to create an application that appears exactly like Netflix as they have some unique in-house services to support its operations. Netflix uses a complex and diverse tech stack with multiple technologies for streamlined operations and better user experience.

However, you can frame your own tech stack after listing out the features and creating the final software requirement document for your mobile app.

Video content has gained popularity in multiple categories and video platforms targeting micro niches have huge potential in current times. Netflix mainly focuses on entertainment-based content and most of the shows on the platform had an existing fanbase which helped it flourish.

You can select a content category for your video streaming app depending on your target audience. Furthermore, you can go for content categories that you can distribute easily among the audience.

Due to the fact that videos are easy to consume and attract more attention from the audience, it gets easier to monetize the videos with multiple options. The widely practiced monetization methods by video streaming platforms are Subscription Video On-Demand (SVOD), Transactional Video On-Demand (TVOD), and Ad-supported Videos (ASOD).

Checking out the features list for video streaming apps mentioned above, you can narrow down your video app requirements depending on your target audience and region. The key requirements for building an app like NetFlix can include:

Before entering the market with a full-fledged product with all your money invested into it, you should try testing your business idea with a minimum viable product. MVP allows you to experiment with multiple tweaks and features for your business idea and app with optimized risks. For developing an MVP you will require to list out the basic and essential features of your application and then hire an MVP development company to get the job done.

After you launch your MVP app in the market, you can start onboarding users through various advertising mediums. This will also help you in creating awareness about your app among your target audience and region.

Following, you ask the most active users of your mobile application to fill out surveys regarding app performance and required enhancements in terms of features and user experience.

A reliable development partner plays a crucial role in developing a mobile app similar to Netflix. Always choose a company with relevant experience in mobile app development for video-streaming apps. The company you select should have in-house teams of expert developers, business analysts, and marketers to build a competitive solution for your business idea.

Furthermore, make sure the company employs a transparent process for all development projects and uses proper tools to track the progress of the development process. This helps in the efficient use of hours purchased by you for the project.

Netflix has been constantly improving its services and often tests new features for better user experiences. When developing a video streaming app like Netflix, industry-specific requirements such as cloud infrastructure, responsiveness to devices, etc play a major role in the capable end product. Post analyzing the business model of Netflix you can also modify it and frame your own business model.

Ramesh Lal is a Sr.Digital Marketing Executive at FATbit Technologies. He has expertise in assisting businesses to streamline their business operations and launch new ventures.