How to Increase Cross-Team Collaboration in Your Web Development Projects 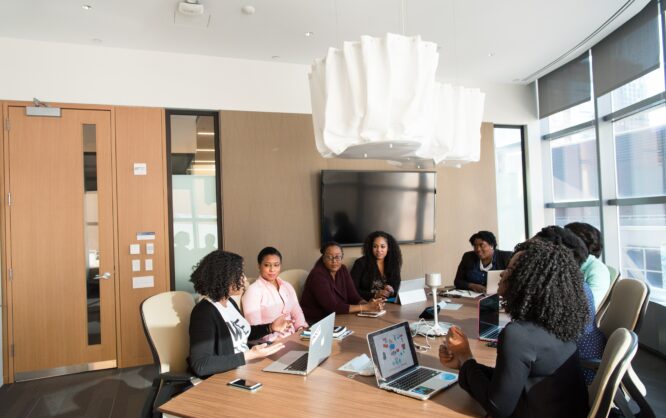 Bringing a successful product to fruition involves a lot of other people as well. There are team leaders, product developers, client services, and marketing, to name a few. It takes a village of diverse talent.

Remote and hybrid work arrangements, varying areas of expertise and job descriptions, and dramatically different roles make collaboration challenging. But if you fail the challenge, you’ll likely end up with a disjointed product that makes no sense. In other words, collaborate effectively or die.

Set yourself up for success by increasing collaboration within and across teams. Here’s how.

Reach Across the Aisle

There’s a lot of lip service paid in politics to “reaching across the aisle” to pass legislation. In reality, little of that is actually done, so little policy is actually made. It’s an unfortunate impasse that renders productivity impossible.

Companies can’t afford a lack of productivity just because of the people who need to achieve it happen to have different perspectives. In fact, it is precisely the differences in perspective, skill sets, talents, and experience that generate stellar products. The key is to find a way for unlike-minded team members to work together toward a shared goal.

How does that come about? It happens with effective cross-team collaboration. And that requires that members of every team speak and be heard by every other team from start to finish.

The communication and feedback loop required for collaboration benefits from tools that encourage it, like an intuitive project management solution. You’ll need one that accommodates remote and in-house employees, real-time meetings, and asynchronous work, dreamers, and doers.

Cross-team collaboration should empower everyone to participate, monitor progress, solve problems, and weigh in with their opinions. Everybody plays. Everybody wins.

Imagine an office where every individual is working in a cubicle on one piece of a project. The seclusion inhibits the exchange of ideas, brainstorming, and team problem-solving. Even with the most talented people inhabiting each of those cubicles, the end product would feel cobbled together.

In reality, those cubicles are more likely to be home offices and asynchronous work schedules. But the same analogy applies. There is a risk of performing work in a vacuum rather than across teams.

Project management software breaks down walls real and virtual, allowing teams to collaborate in real-time. But it’s just as important for teams to be using the same project management tool rather than multiple ones. Otherwise, there will be an accumulation of information, input, and data in silos.

Data silos are problematic if not downright dangerous. Over time, they can create competition rather than collaboration among teams clinging to their “secret” data.

A single project collaboration tool will bring every team into the same space, no matter what each team’s role is. If you want teams to talk to one another and share information, walls and silos need to be eliminated. Using one project management tool will make silo demolition a breeze.

Teams tend to speak their own languages. The lingo, jargon, and acronyms used among developers are going to broadly differ from those used by the marketing team. Additionally, if the native national languages of various team members differ, you’ll need to find a way past that barrier.

To improve cross-team collaboration, every team needs to speak the language of every other team. Fluency isn’t a requirement, but a basic understanding is. And it’s up to teams and their members to be both students and teachers in creating a shared vocabulary.

The solution is to create a glossary everyone can reference quickly and discreetly if they feel left out of the conversation. Teams should know their APIs from their KPIs and their word count from their bandwidth. Definitions should be as plain-spoken as possible.

Non-native speakers struggle with idioms, like “beat around the bush” and “think outside the box.” Include such sayings in the glossary, and make sure the global employees include theirs as well. Rather than leaving anyone out of the conversation, everyone can learn a little something new.

For teams to collaborate, they must be able to communicate, pure and simple. No one should feel confused, overwhelmed, or clueless in the process. Project-speak should be universal.

Help Others Tech Themselves

Cross-team collaboration is also strengthened when capability differences are reduced, notably where technology is concerned. The ability of some teams to use tech comfortably and fearlessly will be far different than for other teams. Those who can easily catch on the need to stop long enough to assist and support those who can’t.

If you’re a web developer, joining that first Zoom meeting during lockdown was probably no big deal. But it might have been for employees accustomed to doing business with handshakes rather than keystrokes.

Tech-savvy teams need to resist the temptation to talk over or get exasperated with other teams when using technology. If you don’t, you’ll just get frustrated for the hold-up, and they’ll get frustrated because they feel incompetent.

The disparities are more challenging now that more teams are working remotely and with more technology than ever. Before, someone struggling with software could ask a coworker down the hall to help. Now there must be a different way to troubleshoot problems and teach those employees so they can be more independent.

Tech-ableism has no place in a collaborative workplace. Those who struggle need to feel comfortable asking for help. Those who can provide it need to do so with patience and without judgment.

Teams share the overarching goal for a project. However, each team’s role in achieving it will look quite different, involve vastly different timelines, and require unique resources. Those varying means to an end need to be broken down into manageable chunks.

Breaking down a project in this manner accomplishes two things. First, it makes the project seem less onerous than it might otherwise appear. Second, every team’s chunks are more approachable for them and more comprehensible to other teams.

Great cross-collaboration doesn’t require every team to know how to do every other team’s tasks. What it does require is for every team to have a working knowledge of what another team has to accomplish. Moreover, every team should understand the challenges other teams will need to address to get their part done.

For example, the marketing team needs to understand, in layperson’s terms, when a project entails more complex programming. If marketing knows that, the team can have realistic expectations for when the development team’s work will be done. That also means marketing can set realistic timelines for itself.

Solid collaboration demands good timing. To get it right within your own team and across them, every team needs to serve up bite-size pieces.

Empowerment, understanding, total participation, and the free flow of ideas are hallmarks of collaboration. Encouraging those among members of the same team is challenging enough. Making collaboration happen across teams is even more so.

Leveling the project field despite the myriad differences between teams is the best way to remove all barriers to success. And no barriers mean every member of every team can pull in the same direction.

Kimberly Zhang is the Editor in Chief of Under30CEO. She has a passion for helping educate the next generation of leaders.