6
SHARES
ShareTweetLinkedin
Wow, I admit, I didn't know that Any.do already reached more than 10 million users. They can rightfully proclaim to be the largest mobile todo app worldwide. Their clients are available for both major platforms, Android and iOS. Lately they added a Chrome extension and now they decided to make a web version available, too. That version is not your usual web app. 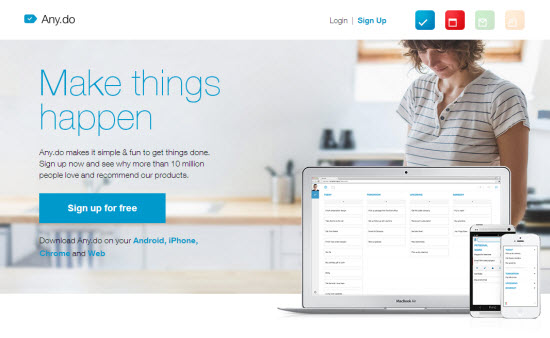 I tried Any.do a while ago. Everyone around me was on fire. The app was claimed to be the most beautiful, revolutional, simple, elegant todo app on earth. It didn't get me. I found it to be too simple. Not only too simple when it comes down to the feature set, but also too simple in regards to its design. Yet, as a digital nomad, a todo app for me needs to sport different features than a todo app for the average Joe. And Any.do obviously aims at the average Joe. You can even tell from their homepage. They show a large image of a sporty dressed woman looking at her iPad while standing in the kitchen. They don't show a manager in a suit running to catch the next flight. I didn't look back at Any.do ever again and thought it would be swept away by the sands of time, but I was wrong, at least in the medium range of the long haul. Loads of average Joes like the kitchen lady liked the simplicity of the app and made it their goto place in terms of task management.

With Any.do, creating a task is much more straight-forward than in any other app I know (which is not built with Any.do as a prototype). Write down your task using a really big font size. Then choose a date and time, the task needs to be completed. Then set an optional reminder and add some sub-tasks if needed. Tasks can be organized in folders, such as Personal or Work. Create new folders as needed. [caption id="attachment_82292" align="alignleft" width="550"] 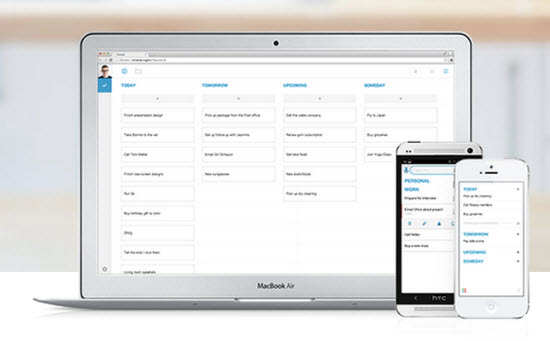 Any.do's Minimal Web Version + Mobile Apps[/caption] That's it. You cannot add files or URLs to a task. You cannot delegate a task to a co-worker, while you can send tasks to a contact from the mobile app. You cannot set a reminder to be sent by mail or text message. You cannot comment a task. Sub-tasks cannot carry separate due dates. Sobering. I went to Wunderlist from here, then moved on to Todoist. Both are beautiful products, but not as minimal in design and functionality as Any.do. In fact, their feature sets even in the free versions are pretty impressive. Still, Todoist counts merely 2 million users and Wunderlist talks of more than 6 million users. Both apps support more clients and platforms than Any.do does. [caption id="attachment_82290" align="alignleft" width="550"] 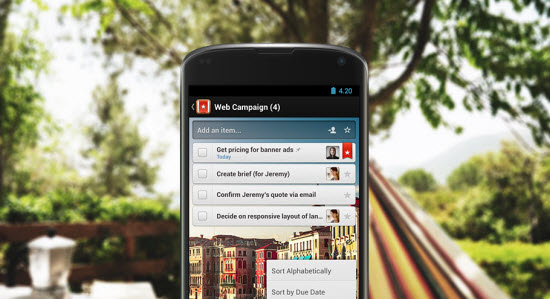 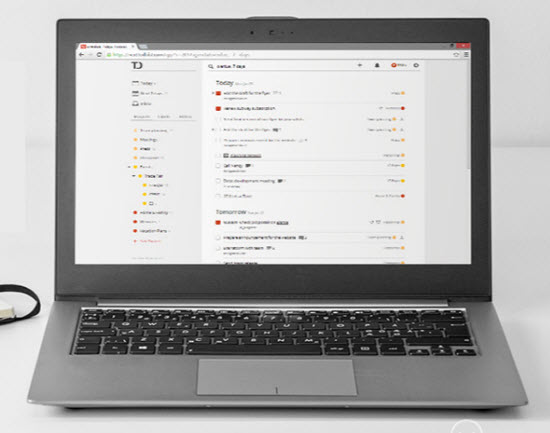 By the way, teams might want to look at BamBam, which we took an in-depth look at in this article.

Still, Any.do won the sympathies of more users. Obviously, a lot of people simply seek for the replacement of their Post-it notes and shopping lists. And that's what Any.do delivers. Never waste a single small piece of paper again, use Any.do. You could as well use more powerful alternatives, and it sure wouldn't hurt to do so, but if you like a stripped down experience, stay with Any.do.

Any.do for Chrome and The Web

As a Chrome extension Any.do got equipped with a Gmail integration I'd call really useful. You can easily add mails as tasks and you can as easily add follow-up tasks related to your mails. This is a nice approach in the fight for inbox zero, yet with so many other features for professional use lacking, this integration doesn't mark the turnaround. The new web app is another example of how little you can deliver to still offer a widely popular feature set. The web app is not working with different layouts on different screen sizes. It degrades gracefully, though, no doubt about that. But it does not make use of the benefits of bigger browsers, it was created for the small screen and that's where it's going to stay... Look at that screenshot. I am entering a task on my 27" Dell: 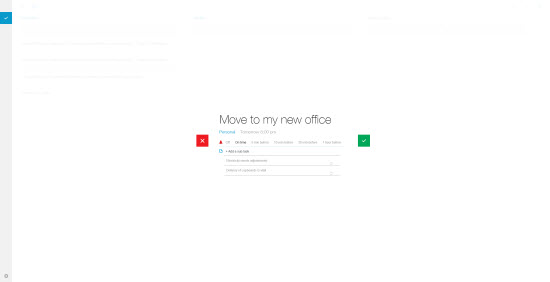 I guess you'll agree that there is a real lot of whitespace. The list view is no difference. I scaled my browser window down to not feel too strange while working with Any.do. But, 10 million users cannot all be wrong. So, if you like yourself your Any.do, use it. Buy all the grocery you jot down in it, never forget the next doctor's appointment and make sure you are in time to fetch your toddler from the daycare center. All good...
6
SHARES
ShareTweetLinkedin