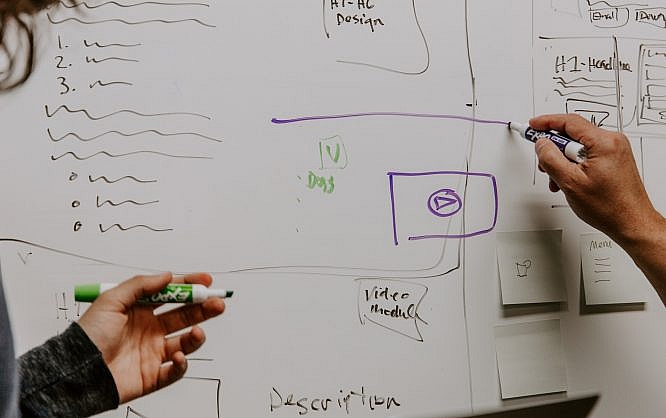 When it comes to adopting a new software product for a project, there are many choices that one needs to make. A lot of factors need to be kept in mind, depending on what functions the new software will be expected to perform. One such question that needs to be answered before you can make a decision is, “Between open source vs proprietary software, which one would be better for me?”

To choose one over the other, you would want to see a thorough comparison of both options. However, in order to choose the perfect software solution for your project, you need to know exactly what the terms ‘open source’ and ‘proprietary’ imply. Once you are clear on that, we will give you a simple yet comprehensive ‘open source vs proprietary software’ comparison, detailing the pros and cons of each.

What Is Open Source Software?

There are often thousands – even millions! – of lines of code that go into developing an average computer program. That code is not always accessible to the users, but when it is, the software is said to be open source.

In simple words, open source software refers to software that allows its users to access the “behind the scenes” source code. They are also free to make any changes they feel necessary before they start using the software. Open source licenses also allow unrestricted distribution of code for all purposes, and they are often provided free of cost.

What Is Proprietary Software?

As we mentioned in the previous section, not all software developers allow users to access the code for their software. Proprietary software is the property of the creator and is legally owned by them.

Proprietary software offers restricted insight into its technical workings. The code is hidden, and the software itself also often has to be bought. There are very strict conditions regarding its usage, violating which may even land you in some serious legal trouble! Often, the distribution of this kind of software is also prohibited.

Now that we know what each category of software entails, we move on to the actual purpose of our discussion. Let us compare the various factors that the entire “open source vs proprietary software” debate depends on.

Open source software may be owned by one entity or be freely available to the developer community. This community is then responsible for the evolution of the code. There is no restriction regarding its usage or distribution as long as the conditions documented in the open source license are being met.

The ownership works differently for bespoke proprietary software. For example, if you ask GoodCore, a well-known software development company, to build a dedicated software product for your organisation, then you will be the sole owner of that product. However, this ownership will not be passed onto anyone else. The customers who you license this product to will not own the code, but will own the rights to use the software as they please (given that they do not violate the terms of the end-user agreement, of course!). You can also offer additional services as part of that license.

With open source software, you have the freedom to work with fellow coders from the developer community. You can pick and choose the parts of the software that you want to modify for your personal use. However, it is a very taxing process.

In the case of proprietary software, you can rely on the software provider for everything, from development to support. But then you will not have the freedom to make any modifications to the software. On top of that, you might end up facing a vendor lock-in situation. (For example, you purchase a license for web application development services that are provided by a company, X. After a few years, company X decides to increase its fees. You will be stuck with X because the cost of switching to a different vendor would cost an arm and a leg!)

With increased independence, open source developers sometimes get carried away, causing the project to become unnecessarily complex or cluttered. This makes the software more developer-friendly but less user-friendly, making it especially harder to use for people with little or no technical knowledge.

Proprietary software, in contrast, is specially developed with the end-users in mind. A lot of thought and effort is put into its development, such that it is easy and intuitive for the users. No matter how complex the ideology behind the software’s code, the interface is tried and tested, and kept as simple as possible to provide maximum usability.

When you are picking a new software application to be implemented for a special purpose, you need it to be highly safe and secure. Thus, we must address the security concerns surrounding open source vs proprietary software.

Making the entire source code for an application publicly available opens up a plethora of vulnerabilities. The purpose of sharing code is to allow the community to test the code for bugs and potential security risks so that it can be improved further. This greatly improves the quality of the software. However, some people may take advantage of the situation and exploit open source systems on the basis of that code.

On the other hand, proprietary software has all its code hidden. This prevents the infrastructure of the software from being exposed to cybercriminals. However, this does not make the software completely immune from security risks; and you cannot even check because you cannot see the code! On top of that, you would have to blindly trust your software provider. Would you be willing to do that?

Often, users don’t wish to update their software products once a stable release has been properly implemented. Open source software does not have to be forcefully updated. However, it requires constant time and effort if you do want to keep it updated. If you run into a problem, you can always ask fellow developers who are part of the community. They will happily help you out; after all, this was one of the major reasons why the concept of open source software was introduced in the first place! What will you do if you invest years of effort into a particular open source project only to see it ‘forgotten’? Thus, depending on open source community support carries some level of risk and uncertainty.

This problem is often avoided with proprietary software. Most licenses come with packages for after-sales support, regular updates, and maintenance from the vendor’s side. Here’s the catch: the vendor may not care whether you want a particular update implemented or not!

For those of you looking for a cost-effective software solution to implement in your organisation, this is a crucial point of discussion in the open source vs proprietary debate.

You need to think of the costs of each type of software as a trade-off between the two key resources: time and cost.

Open source software is usually free to use. If not, the fees are often minimal. However, as we discussed before, it may need some time to reach a stable build. There are issues regarding modifications, upgrades, and maintenance, all of which takes time, even though it is free of cost.

While some proprietary software apps are free, most of them incur heavy costs in the form of license fees. However, once you pay the fees, you can then avail the many services that the vendor may offer as part of the software package. Thus, they are great, time-sensitive solutions.

Proprietary software would be a great pick if you don’t have the time to experiment with new technologies, or if you have the time and money to invest in a license that requires minimal input and effort from your side.

However, if you possess sound development knowledge and wish to work with a much more flexible, customisable, and cost-effective software application that you can modify according to your needs, open source software would be best for you.

Now that you are aware of the exact differences between open source vs proprietary software, you will find it easier to make your decision. Your choice should depend on not only the features of each type of software but also how they will fit into your particular situation.

Photo by Kaleidico on Unsplash