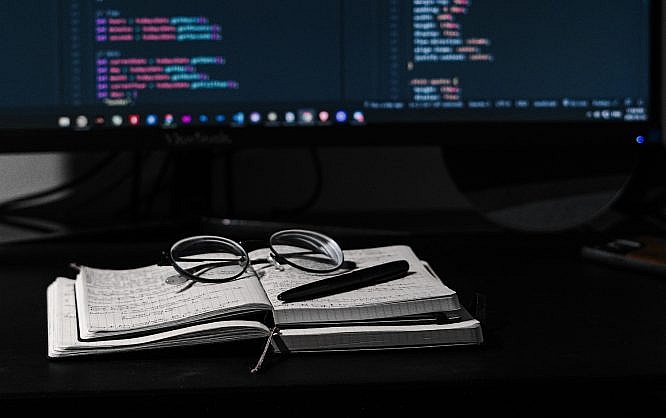 Python is the programming language of choice for developers around the world, especially due to it offering a clean, simple, and easy way to code alongside being highly scalable or versatile.

Most of us are aware of Python due to its immense popularity, but what kind of a language is it?

Python is a high-level programming language that supports structural, procedural, and functional programming paradigms. It is an interpreted language, unlike C++ or Java, which are compiled languages, fundamentally making Python execute code slower than them but on the other hand, also provide limitless programming abilities.

Python also serves as an Object-oriented programming language that allows developers to write concise and logical code. Python can be extensively used for building complex web applications but it also suffers from speed issues and rendering errors. Python is a backend language and thus uses JavaScript to convert the UI to a compatible format that can be rendered by browsers or the client-side.

It is dynamically typed, as opposed to static representations such as in HTML. There are many benefits that Python brings to the table for developers, especially if the aim or goal is to build sophisticated web applications or integrate AI or analytical systems into web environments. However, like every programming or scripting language, Python has its drawbacks.

Python is truly powerful and boasts of multiple libraries, tools, and frameworks that assist developers in building various projects. Python is easy to learn as well, boasting of a simple set of rules or syntax that is very easy to understand. Even though Python requires a lot of memory and lacks speed, it makes up for it through portability and by being easy to read. Python makes it possible for developers to build web sophisticated programs or apps on the server-side, which react to user interaction. Python promotes automation, analytics, testing, data generation and allows projects to be completed incredibly fast through the use of readily available frameworks.

Python boasts support for GUI, being able to build dynamic and highly immersive applications. Python might not be the fastest, but it is definitely one of the cleanest languages out there. Fundamentally it is making debugging, collaborations and upgrades very easy. Python is also open-source, this makes it easy for developers to use Python in any way that suits them without the need for a license. Alongside the massive support of libraries and frameworks, Python is truly suitable for a variety of purposes and can be used extensively even in web development.

Due to the availability of libraries and frameworks that are meant to be used with Python, it removes the need for developers to build web applications from scratch. The extensive list of frameworks and libraries ensures that developers have an easy time building web applications, sometimes even removing the need to code entirely and simply build applications or UI visually by just manipulating logic where required. Python is used for implementations of Machine Learning or AI in web applications or for creating sophisticated programs that run from the application-side or server-side. Python is used extensively to build recommendation engines, search algorithms, app environments, e-Commerce systems, and smart UIs. Let us look at some of the big companies that have used Python or are using Python for Web Development.

Many large conglomerates, MNCs, and start-ups use only Python for everything while some explicitly use it for security, data analysis, automation, forecasting, fraud prevention, and application layering. For instance, Reddit prefers to only hire engineers who know Python extensively. Reddit prefers everything to be written in Python, while the core engine of Uber is written using Python and Java as well. Huge amounts of the primary code that has existed since the beginning in Uber’s applications are based on Python. Here are a few other companies that have taken the help of Python to build their web applications and websites.

Python has its drawbacks but it has many more advantages that web developers across the globe can benefit from. Let us look at some of them.

Drawbacks of Python and Common Issues

Even though Python offers many advantages, there are some drawbacks that are faced by developers, especially when building web applications. Not all of these drawbacks are relevant outside constructing web-based applications or projects; however, in the case of web environments, front-end aspects, speed, and memory dependency make a lot of difference. Here are the common problems that developers face when working with Python.

Frameworks are packages or modules that contain pre-written and default code that assist development. In the case of web development, Python prides itself on having multiple frameworks such as Django that make developing much easier. Frameworks have pre-built components that allow developers to directly get into customization and optimization aspects instead of configuring, setting up, and coding the primary structure. These tried-and-tested frameworks provide an easy solution for deploying projects fast while being highly reliable and versatile. Here are the best frameworks available for web development using Python.

Django allows developers to build fully functional web applications that are scalable. Django offers features such as support for databases, easy modification of code or components and code reusability. Django fundamentally makes it very easy for developers to modify and expand their projects. Django also provides a secure method of managing user passwords or accounts. It is one of the most preferred open-source frameworks because it adds security measures as well as allows developers to deploy concepts within a few hours.

CherryPy uses an object-oriented approach for web development and allows applications to be built rapidly. It boasts of testing tools and a very expansive configuration system. CherryPy also has tools for encoding, authentication, caching, and static elements. It has a secure and stable webserver alongside an adaptive plugin system.

Apart from Django, Flask is probably used by the highest number of web development projects using Python. Flask allows developers to easily manage, maintain and customize applications. Flask is also very flexible and does not force any pre-determined layouts or dependencies. It is one of the most preferred choices for testing as well alongside this framework promoting the future extension of the core.

Pyramid is also another framework known for promoting scalability. It is lightweight and provides everything needed to build any web application. It has support for databases, plugins, and static assets. It also implements security measures and allows developers to add functions later on.

Web2Py is another framework that promotes the rapid development of web apps. It allows developers to build applications around secured databases using full-stack methodologies. It enables the dynamic writing of SQL and includes a Database Abstraction Layer. Web2Py also addresses security concerns and eliminates them.

The frameworks above are the most commonly used ones for web development; however, there are some more that one can choose from.

Before wrapping up, let us also check some of the best Python libraries that can be used for Web development.

With the huge number of tools, libraries, frameworks, resources, and a large developing community behind it, it is no surprise that Python is slowly becoming the most preferred choice for programming.

This can be observed in the case of web applications or web development as well, which fundamentally places Python at the top when the goal is to build advanced applications or integrations inside web environments. Even with the few drawbacks that Python possesses, mainly due to it being memory exhaustive, the benefits of using Python far outweigh the disadvantages. Python allows developers to truly become limitless and build extraordinary applications across the web and even mobile-browser environments.

Ankush Singla, who is the Co-founder of Coding Ninjas, built the company three years ago into a leading Ed-tech platform in India multi-folding its growth and unleashed the magic of technology by training young aspirants across sectors. His leadership shines through giving new dimensions to tech education in India by creating a state-of-the-art learning management platform to deliver world-class learning experience for students. A machine learning expert, Ankush has carved a niche for himself in the Ed-tech sector with an expertise in new-age technology. Prior to Coding Ninjas, he was associated with global brands such as Facebook and Amazon. Throughout his career, Ankush has focused on enhancing skills especially to bridge the gap required for a career in technology.