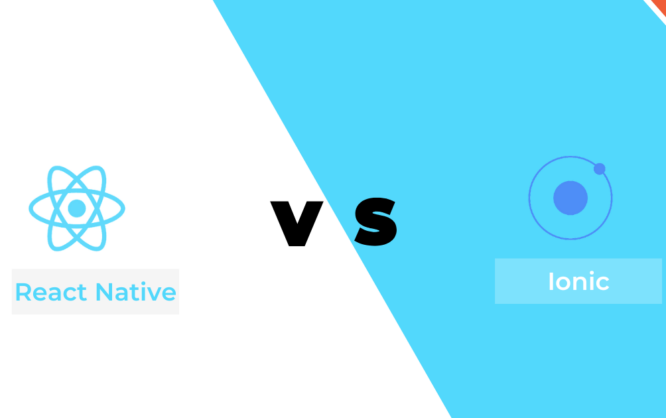 Want to build a mobile application? Wondering how to build it cost-efficiently and quickly?

The answer to this question is using cross-platform applications like React Native or Ionic. These frameworks allow you to target both iOS and Android using the same codebase which saves a lot of time and effort.

In this blog, we will discuss in detail the difference between React Native vs Ionic which will help to find out which is better. We will also discuss the advantages of both Ionic and ReactJS. By the end, you will get to know which framework is best for mobile app development. So let's get started.

What is React Native?

React Native is an open-source UI software framework developed by Meta Platforms. It provides a smooth and responsive user interface by reducing load time to a great extent. React Native mobile app development is faster and cheaper to build apps in React Native without compromising the quality and functionality. It helps build a fully functional app for Android and iOS in less time using just one coding language. It is used by popular apps like Facebook, Skype, Instagram, Tesla, Walmart, Discord, etc. So till now, you have got a basic idea about React Native it's time to discuss the advantages and disadvantages of React Native for mobile app development.

Some of the common advantages of using React Native are mentioned below:

Ionic is an open-source SDK for mobile app development. It was created by Max Lynch, Ben Sperry, and Adam Bradley in 2013. The ionic Capacitor is a cross-platform bridge that allows you to transform any project into an iOS or Android application. The ionic framework extends capacitor by providing an amazing library of UI components, mobile routing, gestures, navigation, and animations. It works with pacific JavaScripts frameworks like React, Angular, and Vue. Till now you must have got a basic idea about Ionic its time to move to the next section and discuss the advantages of Ionic.

Ionic is an amazing framework to develop hybrid applications. It provides a lot of benefits and allows the development of mobile applications that work seamlessly. Some of the other advantages of using Ionic are:

Which is better: React Native or Ionic?

In this section, we will discuss in detail the difference between Ionic and React Native. On the basis of these differences, we will conclude which is better for mobile app development.