You definitely know Mighty Deals, probably even better than we do here at Noupe, don't you? Personally I keep getting surprised over and over seeing what these guys are able to come up with. If you are a web developer and don't use Mighty Deals to curb expenses, you're either rich or not in your right mind. I assume most of our readers are neither rich nor deranged. So don't get too upset if this is actually the first time someone tells you about Mighty Deals. You know, it's never too late. Fate has it that we are able to offer a mightier than mighty deal today. Get going with this 82% discount on a fabulous font family...

These days, it seems everything old is new again. Companies are intentionally making products look old and vintage as a style. Just look at any new pair of jeans to see this "worn and used" look on a new product. The same rules apply to the Thirsty Rough Font Family from Yellow Design Studio. This professional weathered version of Thirsty Script combines both the modern and vintage worlds into one friendly cutting edge font. 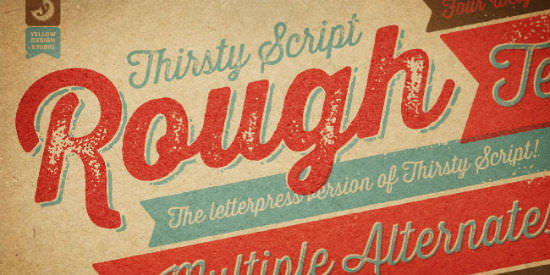 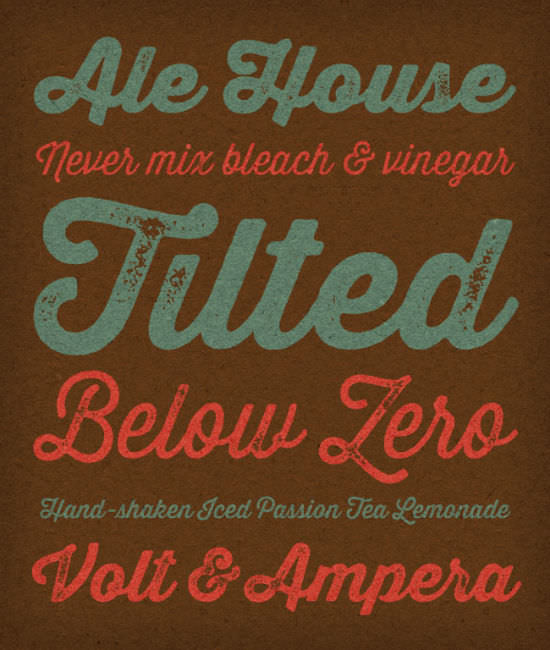 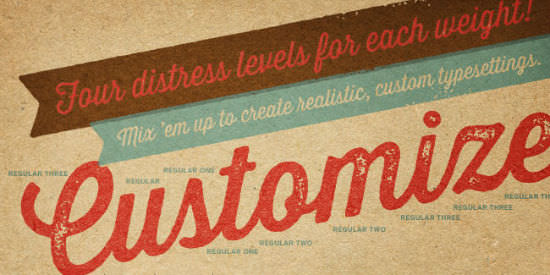 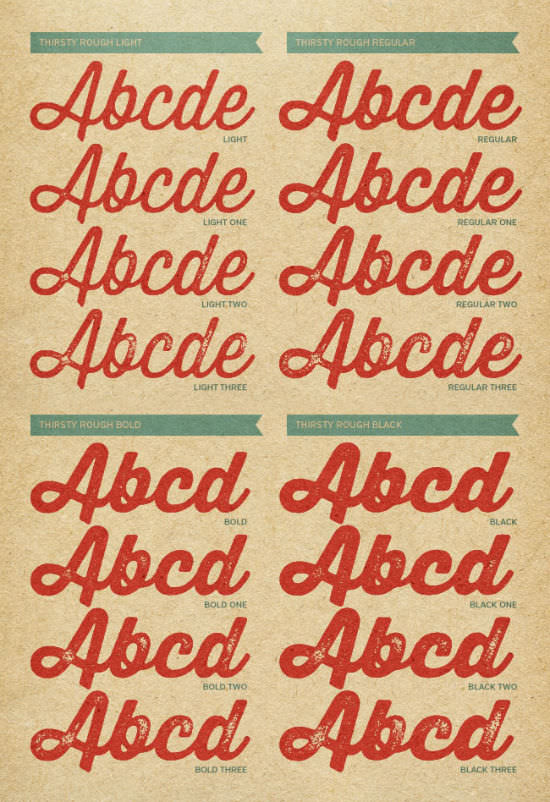 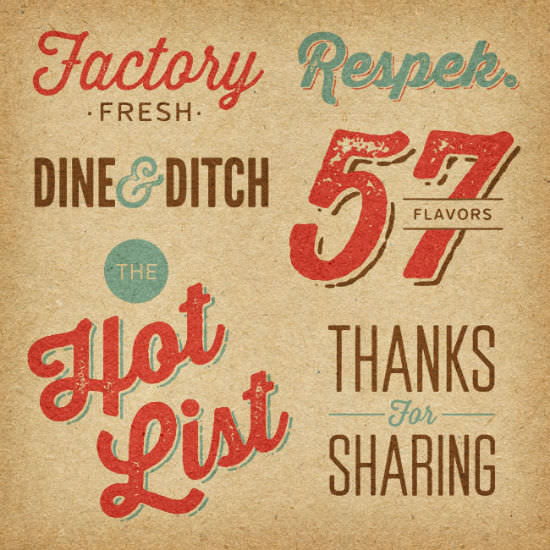 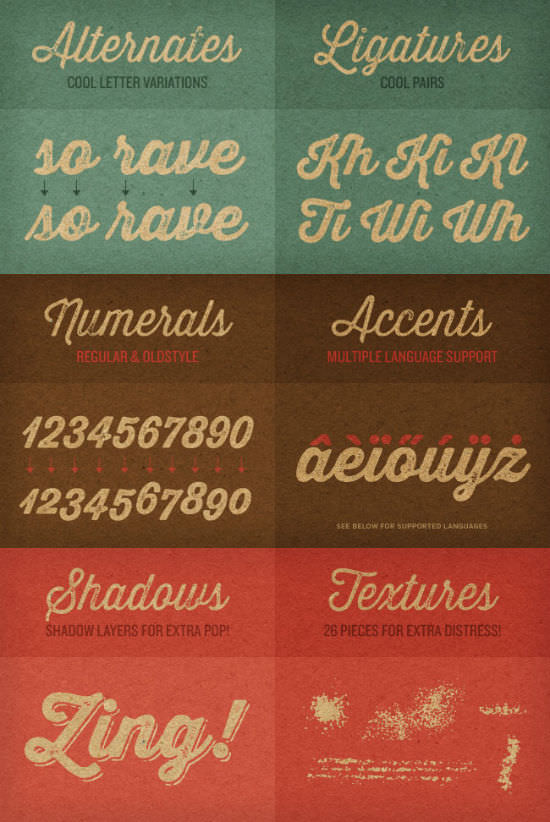 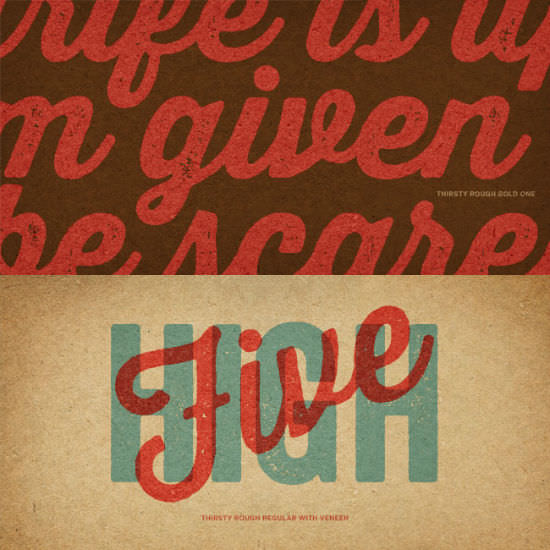 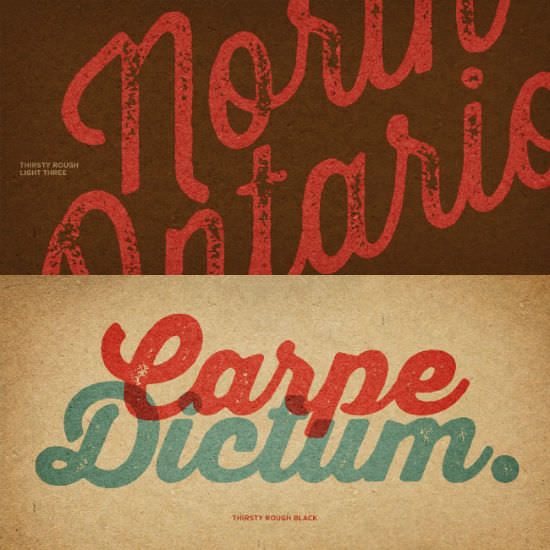 A Pricing That Does Not Deserve To Be Called Pricing:

The Thirsty Script Rough Font Family normally sells for $49 (Desktop or Web Font versions), but for a limited time only, you can get either the Desktop or Web font version of this entire vintage set for only $9!  (or $18 for both the Desktop and Web versions). That's a crazy discount of 82% off the regular price! I would not even call this a price at all. This comes close to five finger discounting...

Head on over to Mighty Deals to hit their Buy button. After you did, you will be able to choose whether you want to buy the desktop or the web font or both as a bundle. Whatever your choice is, the deal will be mighty...