Veneer Font Family Bargain: Distressed Typeface for Next to Nothing

If someone tells you that you look distressed, you won’t jump for joy. That’s because you are no typeface. These actually look darn good distressed. At least as long as the distressed looks are applied by experts. Yellow Design Studio definitely is such an expert. I actually don’t know why, but they decided to offer their top-selling font Veneer for next to nothing via Mighty Deals. Let’s not complain and grab it while we can…

Veneer does look great. If you are into the looks of old letterpresses or simply like it a bit grungy, this vintage font family is a must-have in your designer toolbox. Veneer is available as Open Type for your favorite desktop applications and being used in print designs and as a webfont (TTF included there) for – well – any web project.

Both the OTF as well as the webfont support a load of languages, with the OTF overall being slightly more capable as it supports more features. If you are looking for Umlauts, yes, Veneer has them (in both formats). 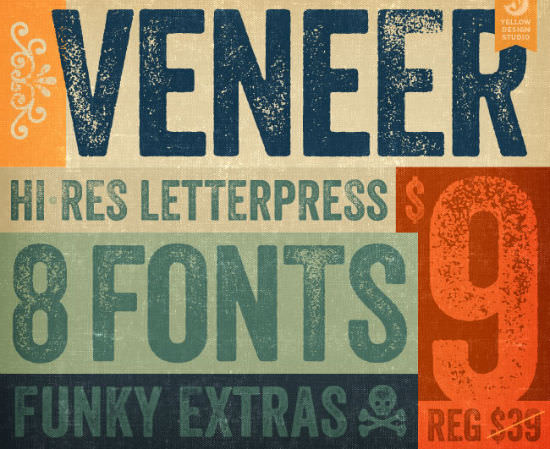 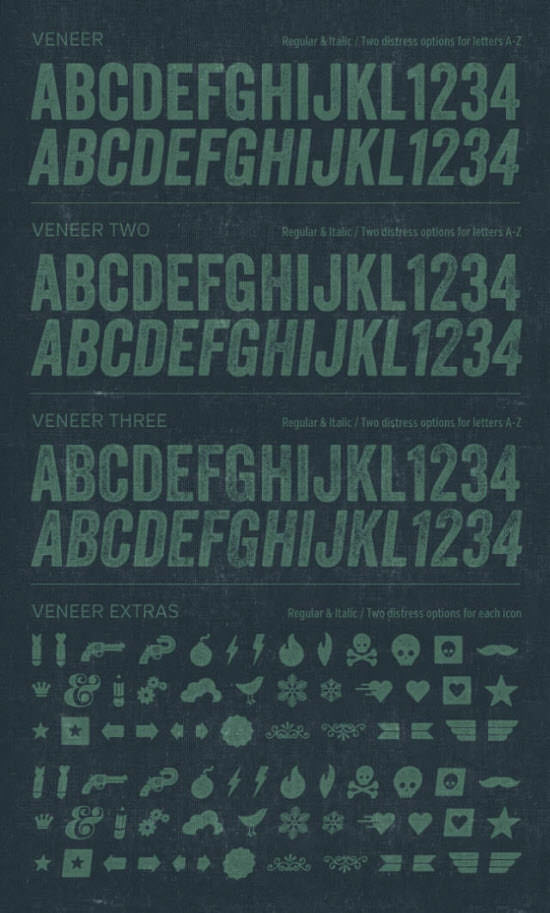 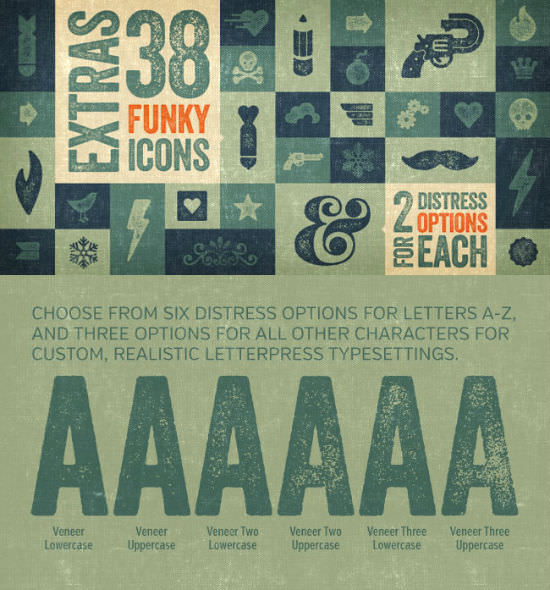 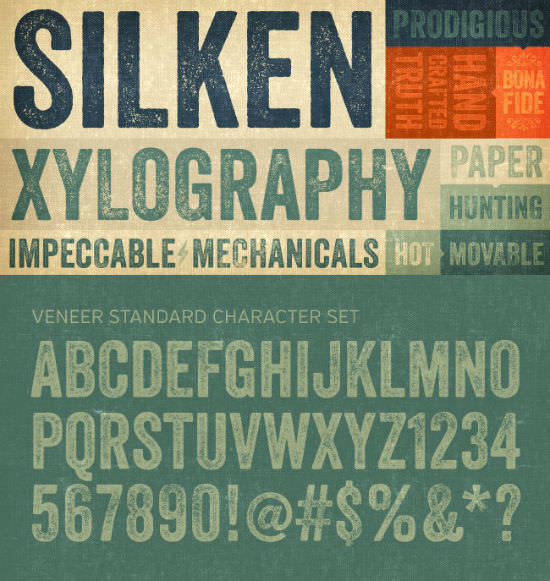 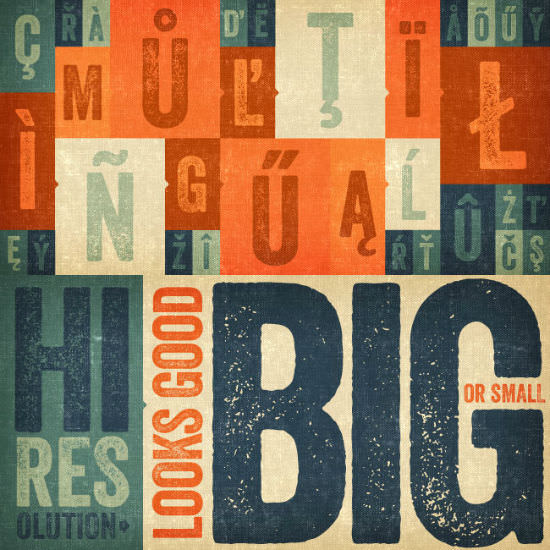 Pricing? Next to Nothing!

Not just the style of Veneer is vintage, the pricing is too! With this Mighty Deal, you’ll be getting this collection of 8 Veneer Fonts at a price from yesteryear!

Normally, the Veneer Font Family sells for $39 (Desktop or Web Font versions), but for a limited time only, you can get the entire collection as either Desktop of Web fonts for just $9! OR get both the Desktop and Web Font versions together for just $16!

Remember: the deal runs for a limited time. So make sure, you don’t decide too late. Click here and we’ll take you right over to Mighty Deals, where you will want to click their Buy-button. Who wouldn’t?

Dieter Petereit is a veteran of the web with over 25 years of experience in the world of IT. As soon as Netscape became available he started to do what already at that time was called web design and has carried on ever since. Two decades ago he started writing for several online publications, some well, some lesser known. You can meet him over on Google+.
Home » Veneer Font Family Bargain: Distressed Typeface for Next to Nothing