eSports: How mobile AR and VR will help shape the industry 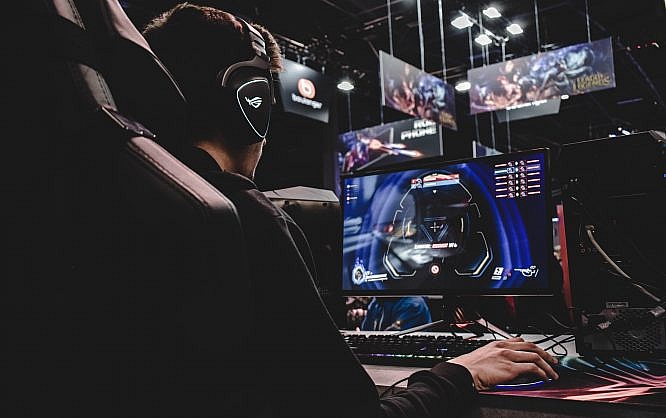 If there’s one industry that is known for openly embracing innovative technologies and techniques, it is undeniably Gaming.

The Gaming industry, over the last decade, has never seen being sitting still and letting the opportunities pass it by. It has, in fact, been declared as the earliest adopter of technologies that eventually go mainstream. A clear example of this is the integration of mobility solutions in the sector, aka, in the form of eSports.

eSports, as stated by a source, is a sports field that is organized via video games. It mainly involves players competing against each other in tournaments for prize money, but not by physically entering the region. Rather, by tapping on their smartphones. This gaming field is also popularly known as e-gaming, competitive gaming, pro-gaming, or organized play.

Because of this convenience and leisure, this industry is growing at an astounding rate. Various eSports apps like Fortnite, Counter-Strike, Tom Clancy’s Ghost Recon: Wildlands, and Call of Duty have become the most-favourite mobility solutions. And the eSports market size, which was worth USD 694.2 Mn in 2017, is anticipated to be valued USD 2,714.8 Mn by 2023, with a CAGR of 18.61% during the forecasted period.

However, there’s a challenge.

It’s true that young and zealous game players are spending most of their time on these eSports platforms. But, at the same time, they are demanding the entrepreneurs and investors for providing more life-like experiences. In other words, eSports users are showing the desire to feel those actions and venues as if they are the main player in the game itself.

This is where Augmented Reality (AR) and Virtual Reality (VR) are coming into play.

These technologies are providing endless possibilities and opportunities to the eSports business owners, which is further making them interested in investing in the AR and VR based gaming market. Those markets, which as per the top surveys, are expected to rise to $284.93 Bn and $45.09 Bn by the year 2023 and 2025, respectively.

Wondering what the potential of AR and VR is in the eSports domain?

Let us talk about the same in this article.

1. Setting the foundation of new games

The foremost reason why eSports companies are showing interest in the adoption of AR and VR in their business process is that these technologies are evolving the newer form of games. These technologies are changing the formats and even adding new elements into the existing games - making them more exciting, intriguing and profitable.

2. Better gathering and presentation of data

Another field where AR and VR technologies are making a disruptive change is that of gathering and presentation of data.

The technology, unlike the traditional data collection methods, enables sports and gaming organizations to make complete use of virtual space in addition to making the best of ‘traditional’ environment and perspective. This makes it possible for them to gather and show all the details in the environment with every individual player. This accessibility of data will further make their experience an overwhelming one.

3. Engagement of a wider audience

As mentioned in the previous pointer, the introduction of augmented and virtual reality in the eSports gaming industry is also offering the facility of customer engagement.

The technologies are allowing eSports agencies to turn unusual gaming entertainers and those who watch tournaments and competitions occasionally into regular eSports app users. These technologies are enticing them with creative and 3D content that makes it nearly impossible for users to resist the gaming interface and later, feel compelled to install and use the application.

Earlier, the content strategy created by eSports organizations was confined to traditional and 2D resources. Both startups and established companies in this industry were restricted to think of how to get the attention of their users, especially when they have a lower scope with the advertisements since people either skip them or hate using such applications.

These technologies empower entrepreneurs and marketers to extend their business potential across different spaces and this way, get the best perks of revolutionizing their content strategy.

The fantasy sports app developers and organizations are also harnessing the power of AR and VR technologies to relish the benefits of positional audio.

Meaning, the process of introducing different sounds and effects into the gaming environment whenever one finds out that eSports application users are not completely immersed into the experience.

Virtual and Augmented reality is also giving game players the utmost advantage of sensing the immersion in the environment. Meaning, the technology provides players with the ability to see the structure of cars or the exterior of any house before entering them, the facility to look at the depth of a street when walking across it, or sense the distance while maintaining the horizon and densities.

And this way, recreate the phenomenon of reality by adding stress and competition without causing visual fatigue for participants. A real example of which is Pokemon go app.

What’s more, the collaboration of Augmented reality, Virtual reality and eSports is showing a rise in the customer engagement and retention level, which is eventually providing better ways to earn money.

Lastly, since not all eSport companies are familiar with the plethora of benefits associated with the advent of these cutting edge technologies into their business model and have invested in the same, this is further providing agencies with the golden opportunity to enjoy competitive advantages.

Seeing these advantages of Virtual and Augmented reality in the eSports industry, various entrepreneurs have shown the eagerness to integrate their power into their business. They are looking for the best platforms where they can develop their own AR-based or VR-based eSports solutions.

If you too are thinking the same, it is necessary for you to know that building such solutions is a challenging task. You have to overcome varied difficulties such as a change in business model and lack of a higher-speed and lower latency network, for which it is impeccable to hire eSports app developers who have prior knowledge and experience of working with these technologies.

With a rich experience of more than 6 years in advanced marketing and promotional strategies, she has mastered the techniques of Digital Marketing. From working with some of the top-ranking agencies to sharing her knowledge to help others, she makes sure to incorporate her learning in everything she does.

Home » eSports: How mobile AR and VR will help shape the industry