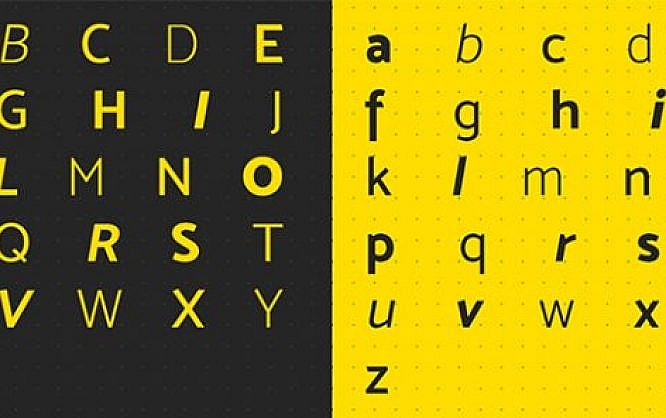 Finding the right font for a design or a project is not easy, although there are tons of free fonts on the internet. Oftentimes, the quality of the fonts rather lacks regarding aesthetics, character set, and OpenType features. However, there are a couple of high-quality, well elaborated, aesthetically appealing, and, on top of that, free fonts on the internet, and all of that even outside of Google Fonts.

The creative network Behance is not only a right spot to get inspired. Many font designers don't just use Behance to present their fonts. A lot of them offer the fonts for free download as well. Just go there to look for fonts, and you'll quickly notice how gorgeous Behance's variety is. However, as there are lots of drafts that don't exist as a "real" font, you might need to put more time into searching. [caption id="attachment_76994" align="alignnone" width="640"]

„Mosk“[/caption] In return, you will find many unspent fonts like the "Mosk," for example, which is a neat sans serif font in nine cuts that, among other things, contains international characters. If you'd rather look for something with serifs, you might like the "Butler" that resembles classicistic fonts. [caption id="attachment_76990" align="alignnone" width="640"] 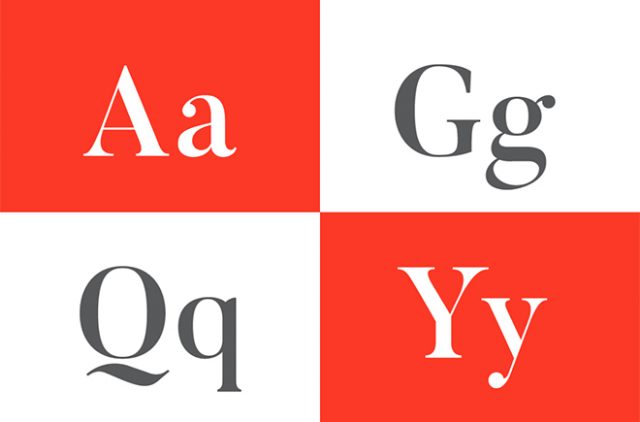 "Butler"[/caption] As Behance is not a font portal, the search is not really comfortable. The amount of cuts and the extent of the character set vary drastically. That means that you'll need patience. But it's worth it.

Pay as Much as You Want to at Lost Type

Lost Type is one of the smaller font foundries. Thus, the fonts that are distributed there mostly aren't the popular kind. Therefore, when unspent typography is important to you, you'll find something there. Aside from many fonts suitable for running texts, like "Mission Gothic", there are unusual fonts for bold headings, like the majuscule font "Liberator". [caption id="attachment_76993" align="alignnone" width="640"]

„Mission Gothic“[/caption] Unique about Lost Type is, that everyone pays as much as they want to, for personal use, at least. You will only actually need to pay when you want to use the font for commercial purposes. All others pay any price they want to - and that can well be nothing at all. [caption id="attachment_76991" align="alignnone" width="640"]

"Liberator"[/caption] Not even a registration is required. If you just enter a zero in the payment box, the font is downloaded without any detours.

MyFonts is one of the largest font providers and has plenty of foundries in store. Among them are many small, and rather unknown foundries, but also large ones like FontFont. [caption id="attachment_76992" align="alignnone" width="640"] 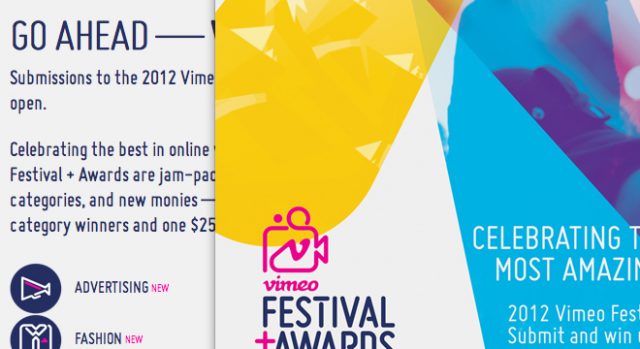 „Miso“[/caption] Usually, you'll have to pay to purchase fonts at MyFonts. However, there are a couple of font families that you can get for free. For instance, four of the six versions of the round grotesque font "Miso" are available for free. There are some free cuts in the popular "Museo" family as well. Two of the ten versions of"Museo Sans" can be downloaded for free. Additionally, not just the desktop fonts are free, but also the web fonts. [caption id="attachment_76995" align="alignnone" width="640"] 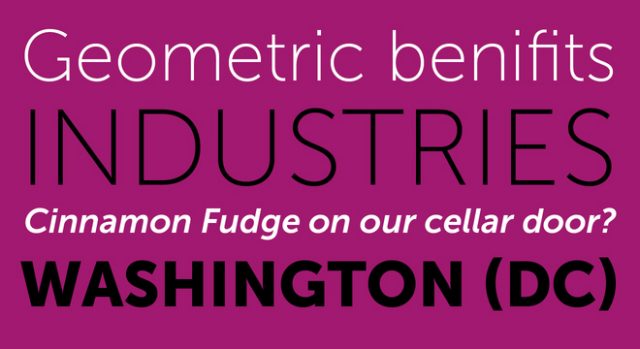 „Museo Sans“[/caption] All you need to have is a MyFonts account, and go through the regular purchase procedure: This means placing fonts in the shopping cart and "paying." As long as you only have free fonts in the cart, you don't need to pay. Nonetheless, the fonts are listed in your order history like all other purchases.

Everything for Free at Font Squirrel

Last but not least, there's Font Squirrel. There, you'll find plenty of fonts for lots of different purposes - and all of them are free. Many fonts offered there can also be found at Google Fonts. The difference is that Font Squirrel allows you to host the fonts yourself. [caption id="attachment_76996" align="alignnone" width="640"] 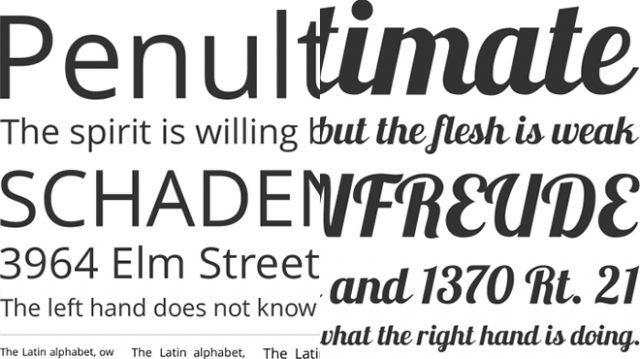 „Open Sans“ and „Lobster“[/caption] Using their custom web font generator, you can also create the web fonts yourself, using the fonts offered on there as the base. Well-known fonts like the "Open Sans", for example, or the famous "Lobster", are part of Font Squirrel's portfolio. (dpe)
34
SHARES
ShareTweetLinkedin