7
SHARES
ShareTweetLinkedin
It’s been merely a few days, since Firefox 15 has seen the light of day in its final version. But the Mozilla crew isn’t lazy and has already pushed out the beta of Firefox 16. Since August 30th Firefox 16 can be downloaded for all the usual platforms. Even a version for Android is already available. This time Mozilla doesn’t only target the end-user with some shiny new functionalities. This time Firefox is all about the web developer. Improved developer tools, including a brand-new command-line, and the unprefixing of several important CSS properties will have the community cheer. 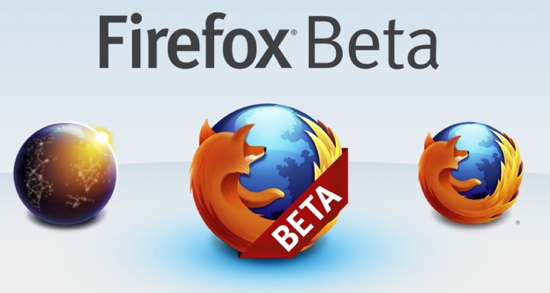 It’s not always the case that shortened release cycles lead to a higher speed of innovation. Regarding Firefox, though, it does. Looking back at the times where Firefox got updated twice a year, we can clearly see how fast-paced they go now. Say thanks to Google’s Chrome for starting a new era. No browser vendor can afford slow-paced development any longer, if they don’t want to get lost along the way. Firefox is going full throttle. Of course that’s nothing to complain about. The product is improving faster than before and the changes make for a better user experience with every new release. As Firefox is a product for the masses, the average internet user, we as developers shouldn’t wonder that most updates target the end-user. Higher speed, new user interface, improved sharing, mobile clients and what not. But this time Firefox focusses on the developer community.

CSS3 is constantly gaining momentum. Vendors are implementing the functionality faster than could have been hoped for. It’s mobile browsing on Android and iOs that’s forcing for a faster innovation speed. Firefox got a little behind as of lately and is now hoping to gain some ground in it’s constant battle against Chrome. Version 16 brings the possibility to unprefix several important CSS properties as there are:

Is it the best invention since canned beer? I don’t know. But what I know is, that the improvements to the Developer Tools will be enjoyed by the community, to say the least. Mozilla has further centralized tools that where somewhat cluttered around the interface. Now it’s even easier to access all developer related functionality from one place. Even better than that is the implementation of what Mozilla calls the Graphical Command Line Interface (GCLI), which is a command line tool for accessing most of the browser’s functionality right from the keyboard without having to click around. We all know that a lot of developers claim to be much more productive when they are able to leave their fingers on the keyboard. The command line can be called using the navigation menu or by a keyboard shortcut (see where that leads?). Once opened, developers can use simple commands to call whatever functionality they like to address. The command line is not limited to control the Developer Tools though. The command help console tells you the available commands and their parameters. After fiddling around a little, you’ll soon notice, that the functionality of the command-line is much more powerful than can be seen at first sight. You can even address CSS selectors oder HTML elements individually. The command pref, combined with corresponding parameters can be used to change configuration options directly. Using the command resize to responsive designs can be tested. You can even take screenshots right from that tiny little command line. What’s even better, Mozilla promises to improve the command set of the GCLI in upcoming releases. Watch Mozilla’s video for a first impression: http://www.youtube.com/watch?v=5JfXcXcEHL0 Web developers should really take a thorough look at Firefox 16 now. It’s well worth it!