OCR on Images with Project Naptha – a Clever Chrome Extension

133
SHARES
ShareTweetLinkedin
You rarely come across bitmap-based image formats like JPG or PNG that have longer texts in them. However, titles and additional information in images are quite common. Often you'll find longer texts in screenshots. This text information can't be highlighted and read by your browser, however. The Chrome extension Project Naptha allows you to highlight and read texts thanks to its built-in OCR. And there are even more functions which make this extension so useful. 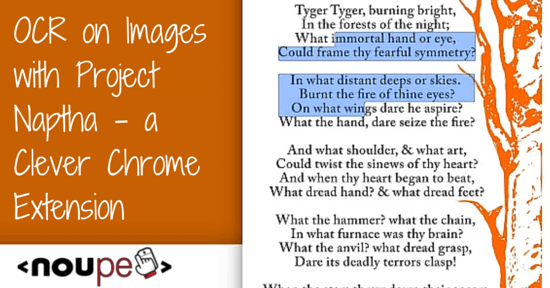 Once installed, the Project Naptha OCR starts working when loading a document and recognizes all text within an image. You can then highlight the text just like you would do with a "normal" text. The context menu provides all common functions for texts, for example, copying highlighted text or selecting all text from an image. 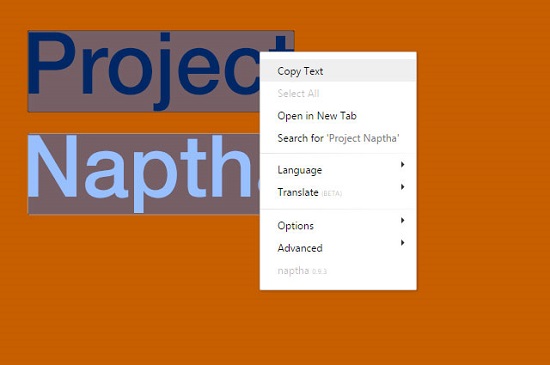 The OCR works pretty well. Font sizes of at least 10 pixels are not a problem. Smaller font sizes, however, make this tool sweat. It recognizes the presence of letters and characters, but it interprets them mostly as nothing but a big mess. While the human eye recognizes even small texts in images, Project Naptha fails. Handwriting is another obstacle that seems to be too hard to overcome for the OCR. [caption id="attachment_90181" align="alignnone" width="550"] 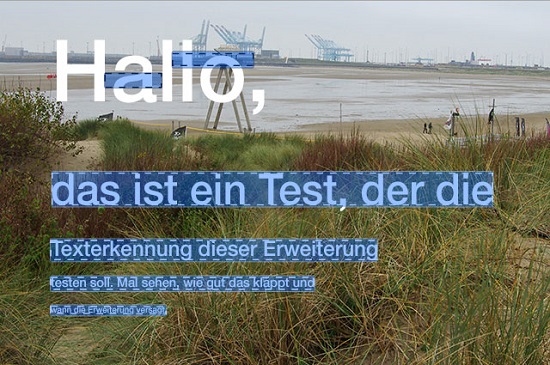 Text recognized in an image: Didn't recognize the first word due to the background[/caption] OCRs generally work better while there's a strong contrast between the text and its background. Along with a calm background, these are the best conditions. Project Naptha does its job with text on a nervous background; however, combined with a less optimal contrast it gives this extension a hard time to recognize correctly.

Erase and Translate Text from Images

One special feature of the extension is the possibility to erase a text from an image. This also works quite well on photographic backgrounds. The tool tries to reconstruct the missing image information of the background. And it does a pretty good job, even though the result can't compete with Photoshop or any other image editing program, of course. On the other hand, it takes you only one click and a couple of seconds to get an image text-free. So, this is a good solution if you need quick results. [caption id="attachment_90180" align="alignnone" width="550"] 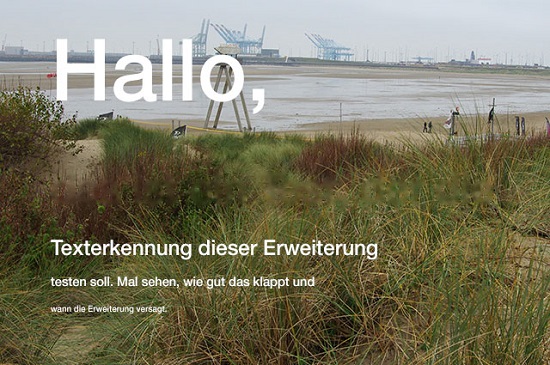 Erased text[/caption] Project Naphta is currently beta testing a translation function. Unfortunately, I couldn't get it to run. Translating requires a server to be contacted, which just gave me error messages.

The extended functions include the possibility to display recognized texts, words, and letters. This gives you a quick overview of the recognized assets. But you can also highlight areas where text was found as frame or line. In addition, you can display recognized letters above the original text in the image. All of these functions are nice gimmicks for testing purposes. [caption id="attachment_90182" align="alignnone" width="550"] 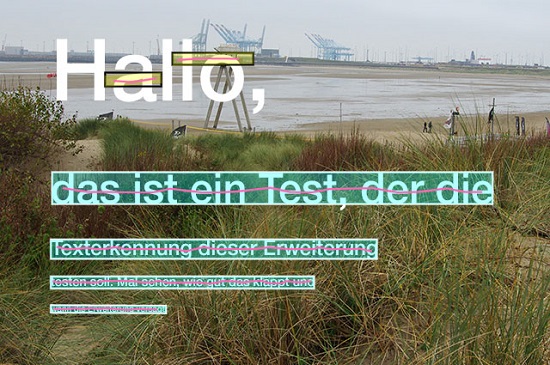 Text highlighting becomes tricky with linked images. The link doesn't allow you to select text in the image. What you can do is to display the image in a new tab. As the normal image context menu is replaced by the extension's menu, you won't have access to the standard context menu where text was detected. But here you can disable the extension for single images or the whole site. Currently, Project Naptha is only available as a Chrome extension. According to the Project Naptha website they might release an add-on for Firefox in the next couple of weeks, depending on how the interest is. So, if you want this add-on to be released, send them an email. The extension is for free and runs pretty well. However, neither the already mentioned translation function works nor can you modify texts or use the alternative OCR the tool provides according to the context menu. And still, Project Naptha is quite a useful tool. By the way, if you're wondering about the name, you'll find an interesting explanation on their website.